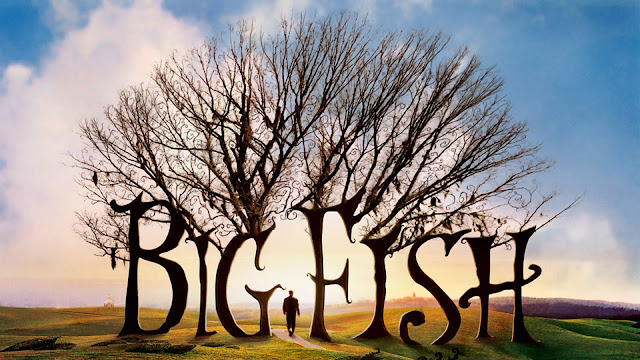 The theme of this movie is reconciliation between a dying Father and his son. Big fish represents the legendary life of the father through the son's gradual understanding of his father, the son listened his father telling the story about the magical experience when he grew up, the reaction of the son from conviction, unfeeling then revulsion and rejecting when the father said. Unit the father is going to leave(dead), he trying to understand and inclusive his father, eventually help father finished the last big fish story of his life. At father's funeral, the son saw the archetypal character of those who appeared in his father's story. Father was not lying, rather, they are real people, but they were exaggerated and amplified by his father. 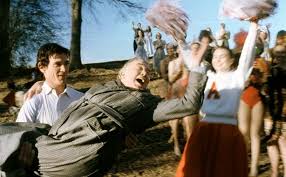 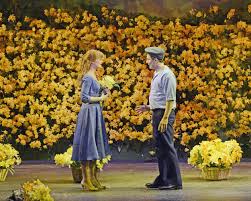 The son eventually passed on his father's big fish story, at the end of the movie the son said "Have you ever heard a joke so many times you've forgotten why it's funny? And then you hear it again and suddenly it's new. You remember why you loved it in the first place. That was my father's final joke I guess. A man tells his stories so many times that he becomes the stories. They live on after him. And in that way, he becomes immortal." This passage not only shows his understanding of his father's story but also a conclusion of the movie.
Reference
https://yourhappyplaceblog.com/2013/04/29/lessons-learned-from-big-fish/
http://go4moresecret.info/seobinfo-big-fish-movie-giant.asp
http://www.laweekly.com/arts/big-fish-musical-based-on-the-tim-burton-movie-arrives-in-la-5187543


This post first appeared on Hello World, And Welcome To Our Movie, please read the originial post: here
People also like
Why SEO Is The Next Big Thing in the Real Estate Industry
First Night of the Seven (7) Nights of Christmas and Carols COGOP SVG
how to remove dark circles in 2 days
Epoxy Flooring on Concrete
Tips to make your journaling easier
Medical Equipment for Molecular Diagnostics Lab
Tips For Improving Mental Health Through Exercise
Earn Extra Income From Home