As a horror author I am always looking for a new setting for my next story. The area is almost as important as the story itself and can influence the direction the story will take. Most of the time real places will be scarier than fictional places because we can relate to them.

Karen Wiesner: I Have Dreamed a Littl…
Review: Ghost Hounds ‘A Little Calami…
Coventry, from 2 Tone Ghost Town to C…
Hiking the Cinque Terre: All you Need…
Sony To Announce New PS Plus Video Pa…
That being said I came up with a list of nine not so well known real life places that are just down right spooky. I have been to a few of these places and have heard stories about a few others. Without any more delays, let’s get to the scary tourist destinations.
Big Bull Tunnel, Virginia 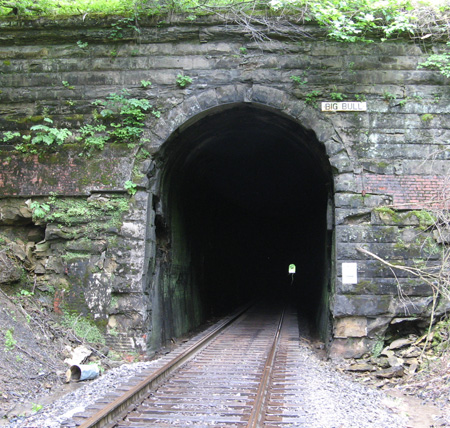 In 1905 an inspection team of engineers went into the tunnel and claimed to have heard the ghostly voice of a man asking them to ‘remove that awful weight from my body.’
Fort Fremont, Beaufort County, Saint Helena, South Carolina 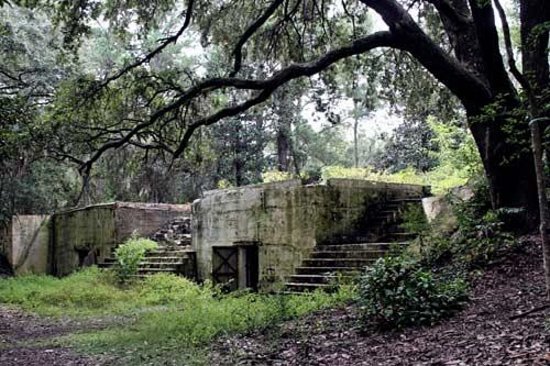 As an old Spanish American War fort built in 1899, it has a long history with the locals as being haunted. The locals don’t ask ‘If’ it is haunted, they ask ‘who’ is haunting it. Of all the stories from the locals is the one that stands out is the story of the ‘Lands End Light’. The locals aren’t sure if the source is the ghost of an illegal whiskey purchaser, a confederate soldier or the ghost of an unhappy slave. The point is this site gets the hairs on back of the local’s necks standing straight up.
Thornewood Castle, Lakewood, WA 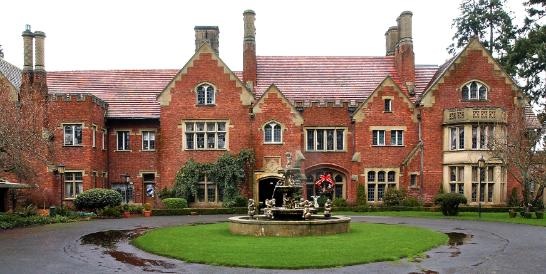 Built in 1911 by Chester Thorne using 400 year old bricks from an original English castle, this has got paranormal written all over it. Some may recognize it as it was used in Stephen Kings Rose Red mini-series. But this was not just a movie set, this place is actually haunted by several resident ghosts. The most famous being Chester Thornes ghost who has been sighted in his old bed room several times, his wife ghost Anna has been sighted overlooking the Garden from a window, a small child’s ghost has been seen by the lake.
FUN FACT: In 2004 I ran a paper route when I used to reside in this area that covered this castle. I had to deliver newspapers here every day at 4 a.m. I can personally tell you this place freaked me out every time, I always dropped off the papers and drove out of there ASAP every morning.
Devils Chair, Cassadaga, Florida 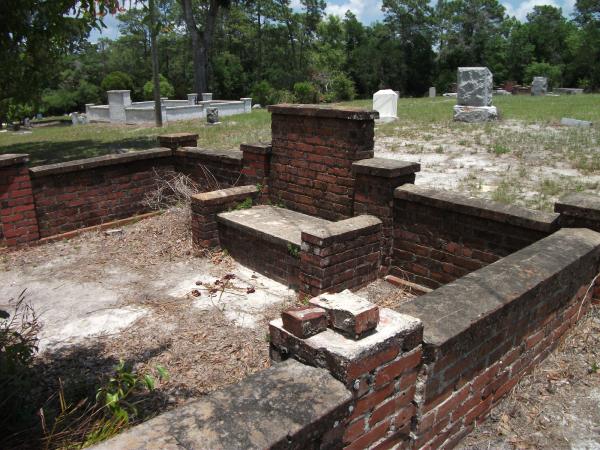 Located on the Cemetery in the psychic hot spot of Florida, this makes for an extra spooky visit. The founder of Cassadaga, George Colby, is buried in this cemetery. Locals say shadowy figures run around this cemetery at night but the legend of the ‘Devils Chair’ is what chills everyone visiting here. Legend says it was built for an elderly visitor to use while paying respects to his late wife, but local lore has grown legends about the chair. According to locals if you leave an unopened beer can on it overnight, when you return the next morning you will find the can empty, yet still sealed.
The Ridges Lunatic Asylum Cemetery, Athens, Ohio 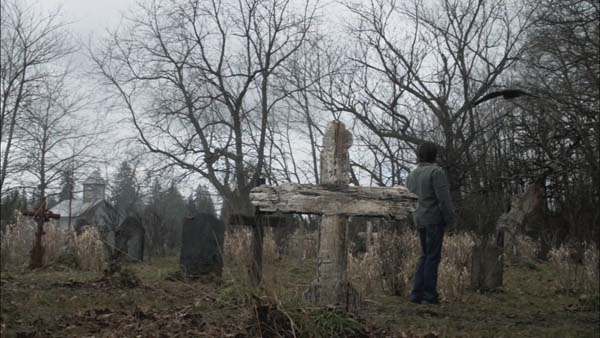 Here is a shocker, this is not 1 cemetery but 3 cemeteries filled with patients from the old Lunatic Asylum from all the way back to the 1880’s. There are thousands of individuals buried here from civil war soldiers, unknown patients and the completely insane. This cemetery being haunted is an understatement considering the array of tortured souls laid to rest here. Ghost sightings are common all over this area.
FUN FACT: This cemetery is the starting point of my bookI UNDERSTAND, where the protagonist finds all kinds of hell buried here.
Clinton Road, Located in West Milford, New Jersey 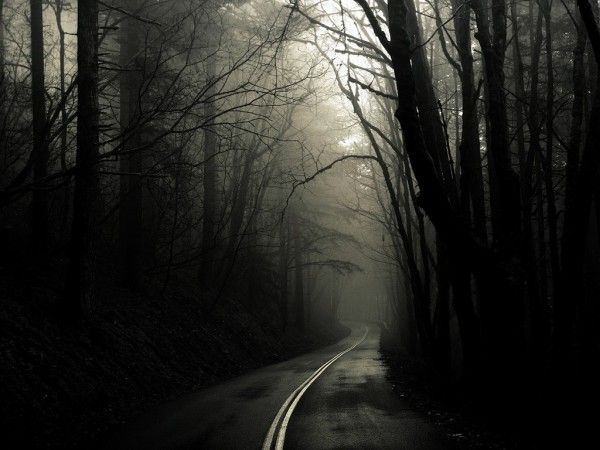 Considered the most haunted road in the US, Clinton roads 10 mile stretch is a hot bed of paranormal activity. Over the years there have been sightings of ghosts, satanic cults and reports of left over carcasses of animal hybrids. It has 3 specific hot spots where things usually happen; the burned down ruins of the Cross Castle, the ‘Ghost Boy Bridge’ where a child’s ghost resides and a 19th century iron smelter that was rumored to have been converted into a Druid temple. If you are a paranormal hunter or an author looking for a terrifying road for your next book then this should suit you just fine.
Kennecott Mine, Alaska 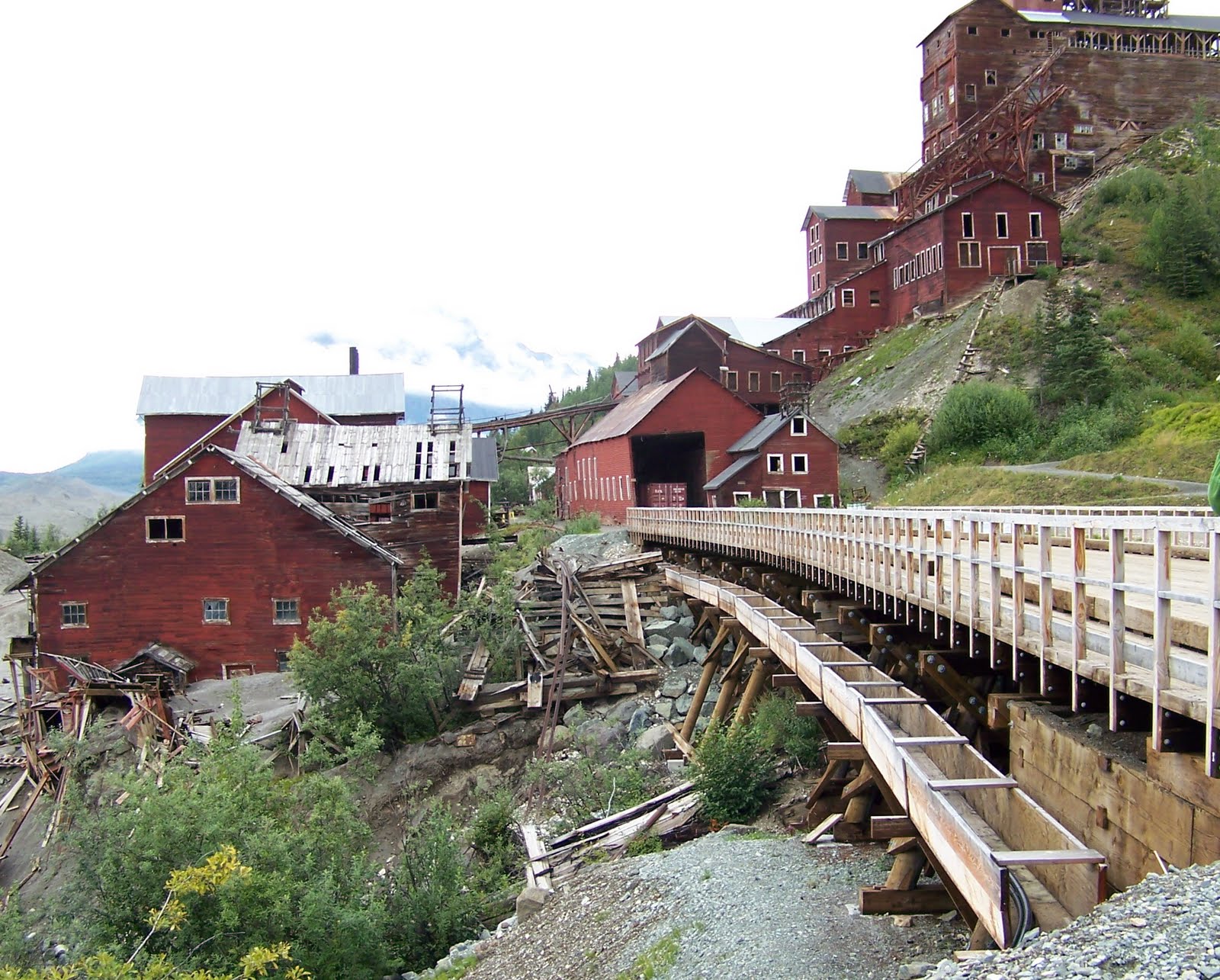 When Copper deposits were discovered here in 1900, this mine became a near overnight boom for the mining industry. It had a long 38 year run with many deaths around the area. Locals claim it is easier to point out the areas at these mines that are not haunted. Sightings range from ghosts walking along the railroad trail, groups of ghost fading in-and-out while walking the old work lines. Every mine shaft has had reports of orbs, ghostly shouts and strange mists appearing out of nowhere. The hauntings are not just limited to the mines, the town below has plenty of ghost activity on the main road, especially after dark.
Oakland cemetery, Iowa City 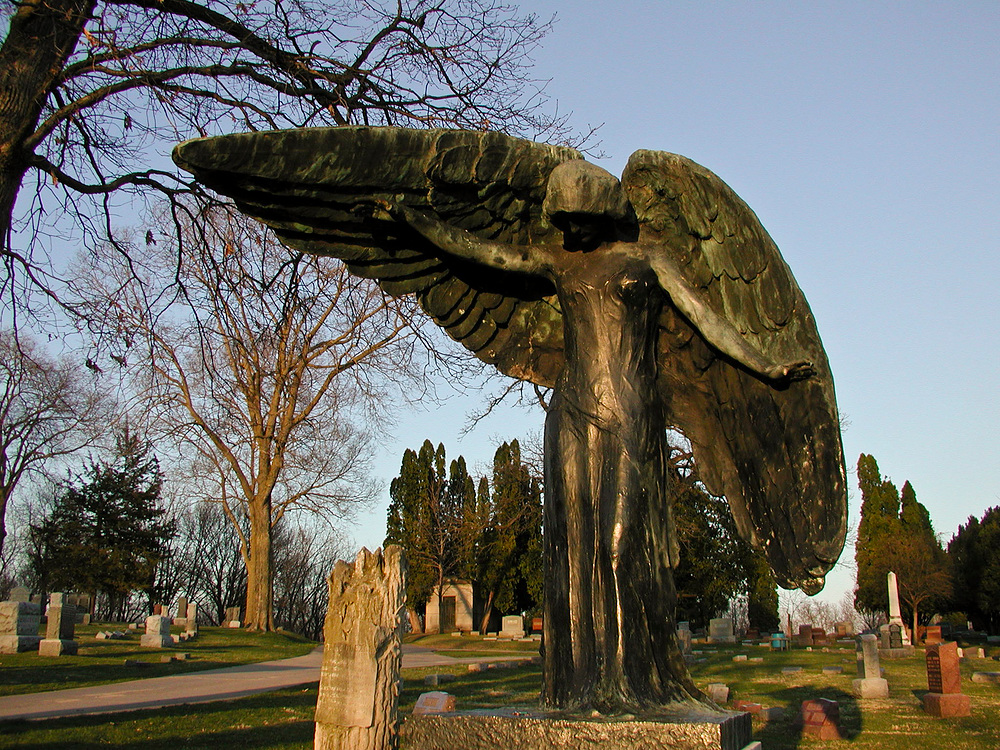 With another cemetery on this list, this one is uniquely creepy. It is littered with odd statues that just add to freak out factor, most notable is the ‘Black Angel’ statue. Locals believe the Black Angel statue has strong ties to the supernatural world ever since it was erected in 1912 (although it is disputed by some the actual date is 1918). Originally it was golden bronze color but it eventually turned into an unnerving midnight black color. Because the family that commissioned the statue are all buried with it, locals believe there had to be some hidden reasons behind the issues of the statue. It wasn’t long after it turned black that several stories developed behind possible mischievous secrets of the mother Teresa Feldervert. There have been ghost sightings reported around the statue as far back as the 1940’s. The buried secrets that provoke the statues hauntings may never be known to the public but it would make a great read one day.
Old Idaho State Penitentiary, Boise, Idaho 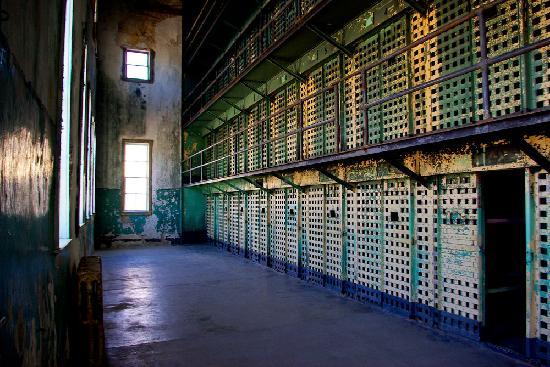 I had to put an old haunted prison on this list. Called the most haunted prison in Idaho, the Old Idaho State Penitentiary has got a lot of scare to offer. Built in 1870, inmates were mostly tranquil up until 1935 when several riots and violence became the norm. Locals believe the hauntings here are directly connected to the historically violent years. The strongest paranormal activity is around the execution chamber where visitors have had both emotional and physical reactions to the hauntings. Other common happenings are unidentified noises at night such as footsteps, running, voices and screams. Ghost hunters have even concluded the prison echoes the sounds of guards still doing rounds at night.
Did you enjoy these scary places? Are there any other lesser known haunted places authors should look towards? Say in the comments
Don't forget to subscribe to my mailing list to get more articles like this for free. Share this article with friends on social media.
If you enjoyed this article you may enjoy the10 Most Memorable Horror Movie QuotesArticle.
DO YOU LIKE FREE HORROR STORIES?
GET'MID HARVEST ROAD'ON AMAZON KINDLE FOR FREE 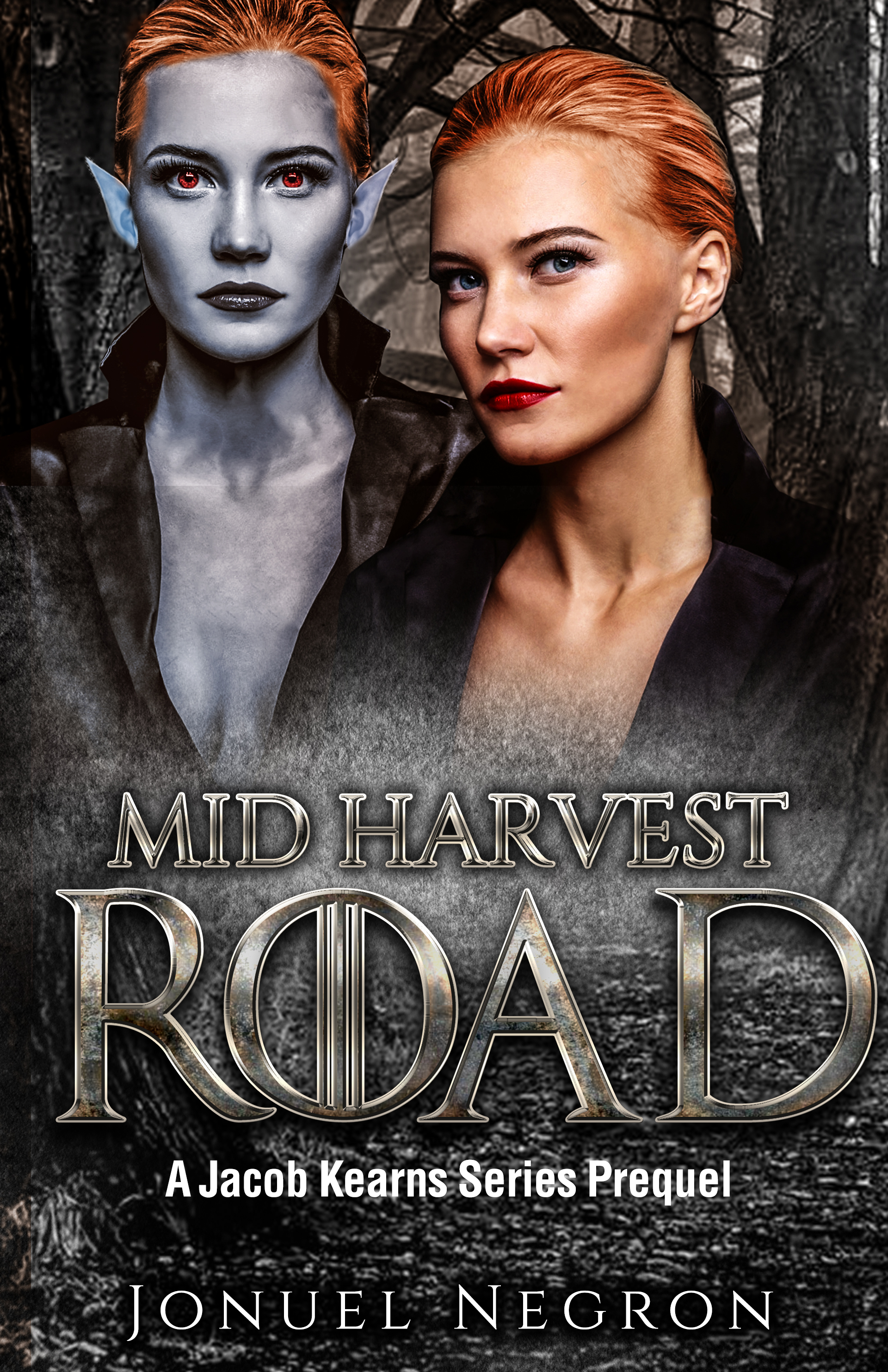 This post first appeared on Horror, Fantasy And SciFi, please read the originial post: here
People also like
Karen Wiesner: I Have Dreamed a Little Dream (Authors and Dream Inspiration), Part 2
Review: Ghost Hounds ‘A Little Calamity’
Coventry, from 2 Tone Ghost Town to City of Culture
Hiking the Cinque Terre: All you Need to Know
Sony To Announce New PS Plus Video Pass Service – Free Movies and TV Shows For PS Plus Members
How To Make Rainbow Jello Squares (+ Video!)
Not fade away: the joy of a ghost-sign spotting walk
51 Best Start-up Ideas to Try
How to Find Bed Bugs During the Day
It’s Me – Chapter 21