Tags: veronica ouija board board
May 13th 2022
View original 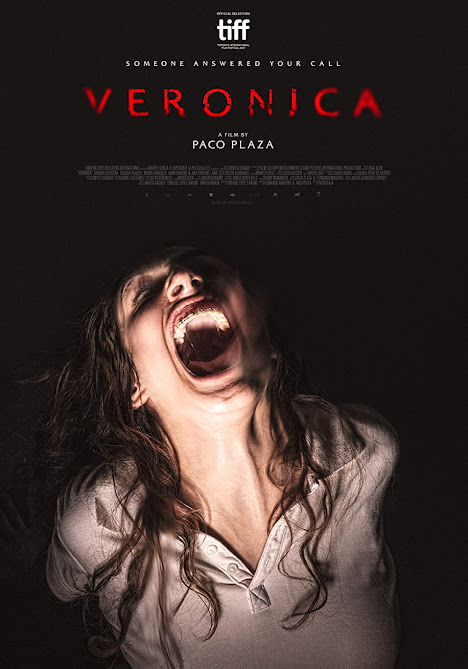 Trailer here.
Veronica is a 2017 Spanish horror movie directed by Paco Plaza and starring Sandra Escacena.
The movie begins in 1991 in Madrid where the police receive a call from a girl. A detective arrives at the scene. It is supposedly based on a true story. Cut to three days earlier. A girl called Veronica(Escacena) is living with her mother and her twin sisters and brother. Veronica is responsible for them and she gets them ready for school. She is in school also, as she is only fifteen. Veronica and her friend, Rosa decide that they will use a Ouija Board. Another friend, Diana, joins them. They try to make contact with the spirits. Some spirit comes through. The glass that they are using breaks and it cuts Veronica. She enters some kind of a trance. The board catches fire and it snaps in two. Veronica seems to be possessed. She wakes up in the school infirmary. There is a blind nun there called Sister Death who looks at Veronica.  This is all very ominous!

What do the Great Commission and plas…
Theatre Tickets Direct – Frozen The M…
5 Best Back Shavers: Buyer’s Guide & …
The Importance of Clear Messaging Whe…
Look At How Far You’ve Come Already 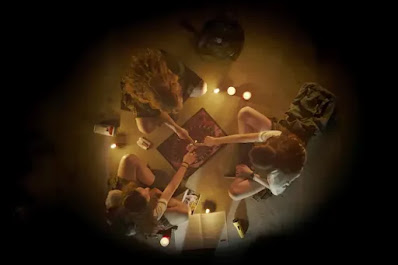 Strange things begin to happen to Veronica. She has nightmares too. She goes to the school basement where she and her pals had the Ouija board. Sister Death is there. Of course, she has a few warnings for Veronica. She knows what she did and she tells her that she isn't alone. Oh no, what could be happening? Veronica finds a symbol of protection and she wants it for her siblings. She hangs it in their room. She sees a figure and things get weird. Her symbol gets burned. Veronica is frightened and so are her sisters and brother. The mother  finds out about all of this and she is not happy when Veronica tells her what has been happening. The brother, Antonito tells her that he has seen their dad and that he is going to come and take him away. Veronica warns him not to listen to the dad. 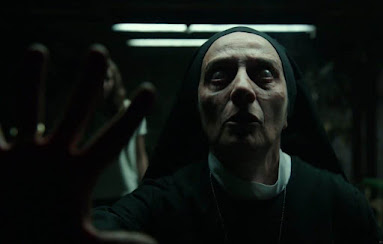 Veronica goes to visit with the old spooky nun and she tells Veronica that she has opened a door and now, the door needs to be closed. Veronica buys another Ouija board. That is a really stupid move. Why would you buy another board after what happened???Just stay away... Veronica goes to her friend Rosa and tells her that they need to do the Ouija board again. Rosa refuses. She tells Veronica that she whispered something to her that day. She predicted her death. Veronica is hysterical and tries to get her mother to come home from work. Her mother won't do it. Antonito draws a symbol on the wall but it is a symbol which invites the evil spirits in, not banishes them. 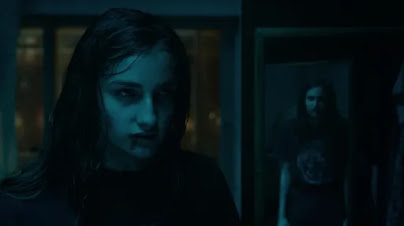 Veronica pulls out the Ouija board and decides to throw caution to the wind and go for it. It all goes horribly wrong, of course. The demon is not going to leave. It tries to take her brother. She calls the police. Veronica tells the twins to run to the mother's workplace. The demon has Antonito but then she finds him in a closet. She realises that the demon is inside her and she has been the one doing the bad deeds. She is going to kill herself, but she is stopped by the demon. The police arrive and find her in a  bad way. Antonito is fine. The detective looks around the apartment and he sees a picture of Veronica which suddenly catches fire and burns. Veronica dies as the picture burns. The movie ends while telling us that this is a supposedly true story of a girl in Spain who messed around with a Ouija board and died. A police officer said that he has witnessed paranormal events etc. 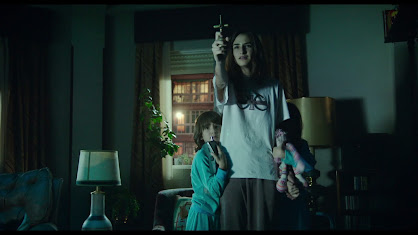 I had heard that this film was the scariest one ever. That isn't true. There are some creepy moments in it, but nothing that horrific. I am always sceptical of these films that say how scary they are. Usually, this is untrue. Witchboard(1986) is better. I do like that this is a European film and it is good to have more horror movies from around the world, but it isn't enough to make me say that it is great, when it isn't. I think that it is worth watching because it does have some horror moments in it, but it didn't have enough for me. I wouldn't want to see it again. I will give it a 4/10 because it wasn't as good as I had heard and it wasn't great, to be honest.

This post first appeared on Jigsaws Lair, please read the originial post: here
People also like
What do the Great Commission and plastics have in common?
Theatre Tickets Direct – Frozen The Musical
5 Best Back Shavers: Buyer’s Guide & Detailed Reviews
The Importance of Clear Messaging When Shifting COVID-19 Screening and Prevention Strategies
Look At How Far You’ve Come Already
Be A Leader Of Everyday Health With Diabetes Tracker App Development
Job Board Theme