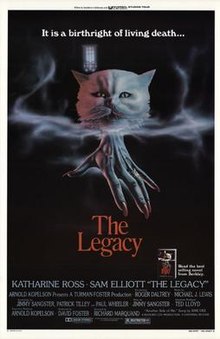 The Legacy is a 1978 horror movie directed by Richard Marquand and starring Katherine Ross,Sam Elliott and Roger Daltrey.

The movie starts with a couple, Maggie(Ross) and Pete(Elliott). They have gotten a job in London, decorating the house of a man who they haven't met. They are living in Los Angeles but they decide to travel to England. When they arrive, they almost get hit by a big limousine. A man gets out of the car and helps them. He invites them back to his house for tea. His name is Jason Mountolive(John Standing) and he has a huge house called Ravenhurst. Pete's motorbike was damaged in the collision so they have to stay the night until they can get it fixed. They meet other guests of Jason's. There is
Clive Jackson(Daltrey), Karl Liebnecht, Maria Gabrielli, Barbara Kirstenurg and Jacques Grandier. 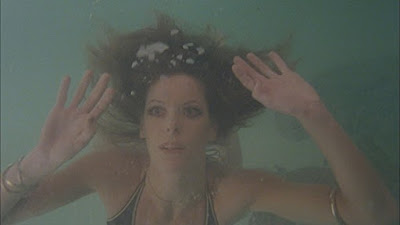 While Pete is out trying to find a mechanic, Maggie looks around the house. Maria goes for a swim in the pool and she is drowned, even though she is a great swimmer. Pete and Maggie talk about what happened. They decide that they should leave. Jason wants to see Maggie. He is very ill and close to death. All of the others have a ring on their fingers and Jason offers one to Maggie too. She puts it on and then it won't come off. She tries everything, but it is stuck. Pete is very worried about what is going on and he wants to leave. He tries to call someone to get a car but he can't get through on the phone. They have to stay. The police arrive and nobody can leave. Jason's nurse is wandering around and she tells Pete that he has to stay. 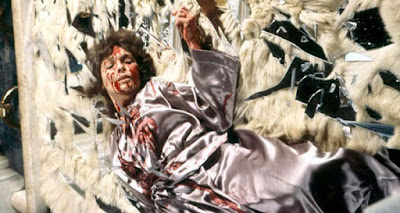 Pete and Maggie grab a horse and ride into town. They go to the local mechanic and find that Pete's motorbike hasn't been fixed. They take the chauffeurs car and drive away. They end up going around in circles. Maggie is having second thoughts about leaving. The car stops working and they have to go back to the house. Maggie asks Jacques if they are all involved in black magic and he tells her that they are. Clive starts to choke and he chokes to death. Maggie finds a portrait that looks exactly like her. The woman is Lady Margaret and she left her powers to Jason. She wrote a book. Karl gives it to Maggie to read. Karl ends up being burned to death. Maggie finds newspaper clipping about the guests and things that they have done. 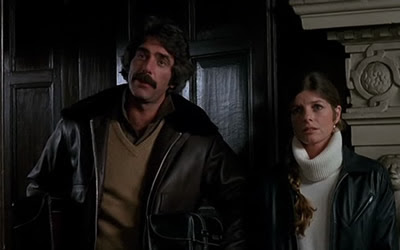 Pete sees the handyman feeding Karl's charred remains to the dogs. He tells Maggie about it. Maggie realises that Jason is punishing all of the group for what they have done wrong. Barbara is the next to die. Maggie begins to get anxious about it all. Pete tries to calm her down. Next day, Pete goes outside and Jacques starts shooting at him. He ends up dying when his gun explodes in his hands. Maggi discovers that she is related to Jason and that she was brought to the house to claim her inheritance. She goes up to talk to Jason. He tells her that he has passed his powers onto her and that she needs to find six souls and kill them. He tells her to pass on her legacy to the sixth person as he did with her. Pete looks for Maggie and he finds her with Jason. He wrecks the place and kills Jason. Maggie tells him that it is all over and they find a white cat who was wandering around. Is it the nurse who was around the house too? Maggie is the new owner of the house and she has taken over from Jason. She gives Pete a ring which he accepts. They kiss. 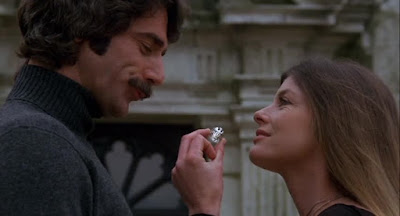 This was a good movie. I liked the cast. Ross was good in the lead role and Elliott was good also.
I liked seeing Roger Daltrey in a minor role. This is more of a mystery than a real horror,but there are some spooky scenes. There isn't anything too scary though. It is a real Sunday afternoon movie, which I do like. It was a solid mystery which kept me watching until the end. I recommend this one. It is worth a look. I give it a 6/10.