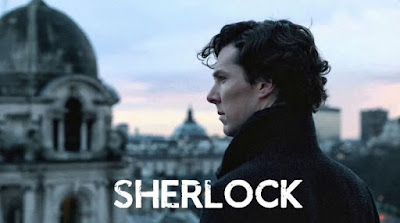 Sherlock Season 4 Trailer Sees a Troubled Cumber batch Deal With Demons and Secrets
Sherlock’s fourth season, starring Benedict Cumber batch in the titular role, is on its way next year – and BBC has now given us a new trailer. The show seems to be taking a darker turn than usual, as co-creator Steven Moffat had promised, and it begins with a line uttered in the teaser.
“The roads we walk have demons beneath, and yours have been waiting for a very long time,” a character speaks off-screen. The trailer then moves on to set up Toby Jones as the villain Culverton Smith, who will be appearing in the second episode of the season. Over a bunch of different shots, Jones lays out his agenda for Sherlock: “What’s the very worst thing you can do to your very best friends? Tell them your darkest secret.”
The new trailer closes with Sherlock uttering three words that you wouldn’t associate with him, which you can see in the video below.
Sherlock is a British-American television crime drama that presents a contemporary adaptation of Sir Arthur Conan Doyle's Sherlock Holmes detective stories. Created by Steven Moffat and Mark Gatiss, it stars Benedict Cumberbatch as Sherlock Holmes and Martin Freeman as Doctor John Watson. The first Series of three episodes Aired in 2010, while series two aired in 2012, and a third series aired in the first quarter of 2014. The third series has become the UK's most watched drama series since 2001. A single episode aired in 2016, as a Victorian-era special. Sherlock has been sold to over 200 territories.
Originally aired
First aired : 1 January 2017
Last aired : 15 January 2017