A Change in Travel Tradition: Our 5th Wedding Anniversary

Kyle and I have had a wedding Anniversary tradition to celebrate every year in a new place, that is until this year. Our long time readers, might remembers a lot of these anniversary celebrations as we hopped our way around the world. (Honk if you're an exploration junkie too!)

The Queens of Pop: In The Mix
Common Problems with Slit Lamp and Re…
30 Cheap & High ROI Home Renovations …
What You Need to Know About Sydney Ep…
Nie daj się oszukać, hakerzy z Rosyjs…
And since it all hinges, on getting hitched, here's a wedding photo from September 2, 2007. 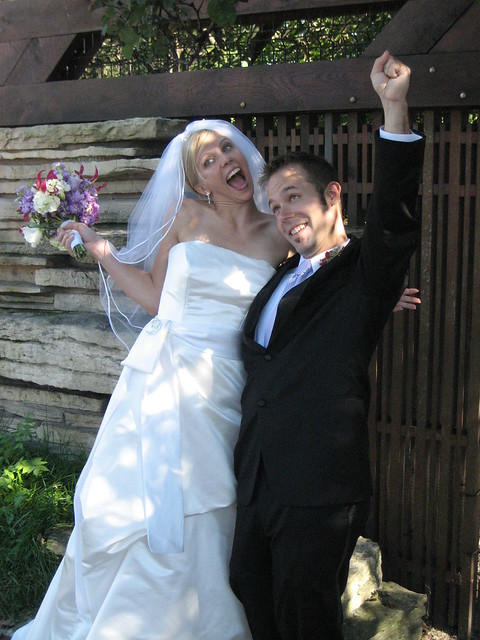 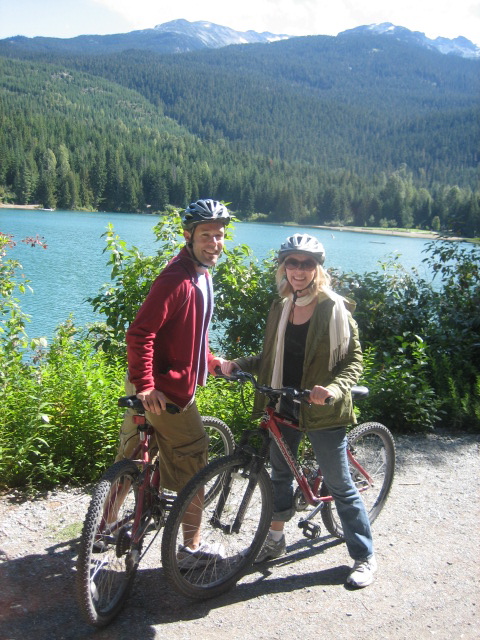 1st Anniversary: Nicaragua, 2008
The tradition started with our 1st Anniversary in Granada, Nicaragua where despite Kyle's intense allergy to horses, he indulged me in an old-fashioned horse carriage ride. 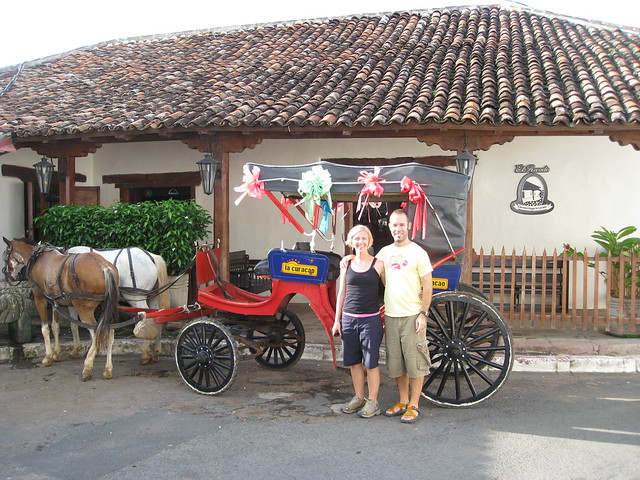 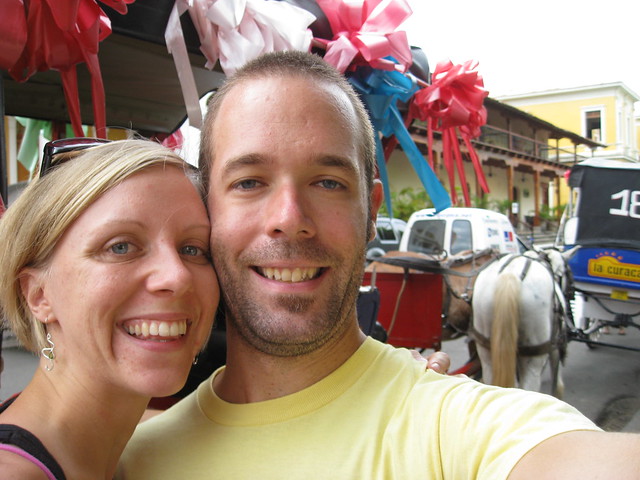 2nd Anniversary: Korea 2009
Korean fall was in full color by the time we celebrated our slightly belated anniversary in the chiseled mountainscapes of Seoraksan National Park in northeastern South Korea. It was by far one of the most beautiful places & hikes we experienced in Korea! 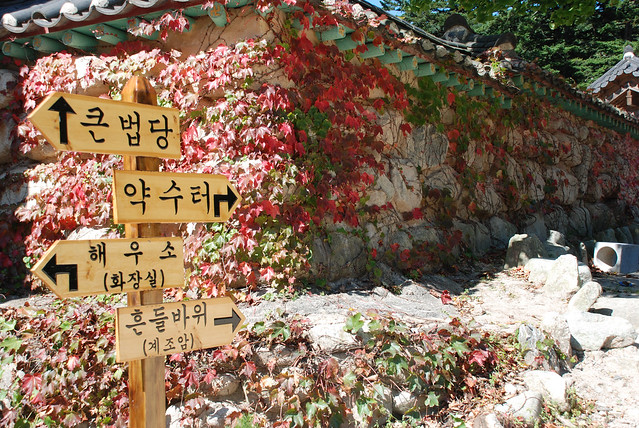 Colorful leaves leading to our hike. 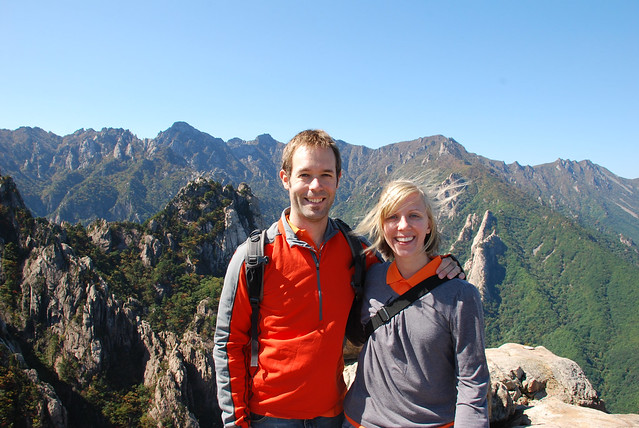 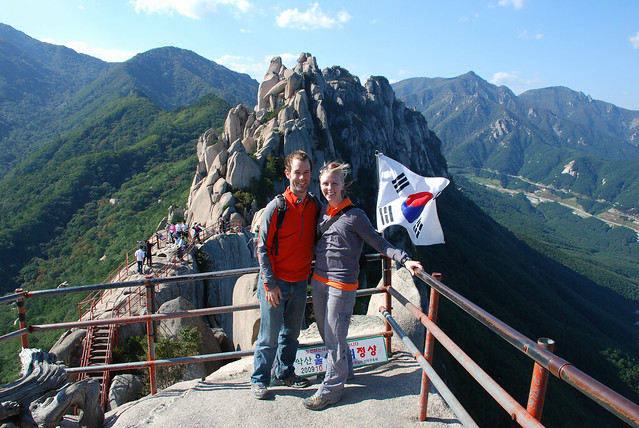 3rd Anniversary: Thailand, 2010
Our 3rd Anniversary we spent in the beautiful rice fields & caves of Chiang Dao, but the real love story here is Kyle's tale of me nursing him back to health after his scary bout of dengue fever. 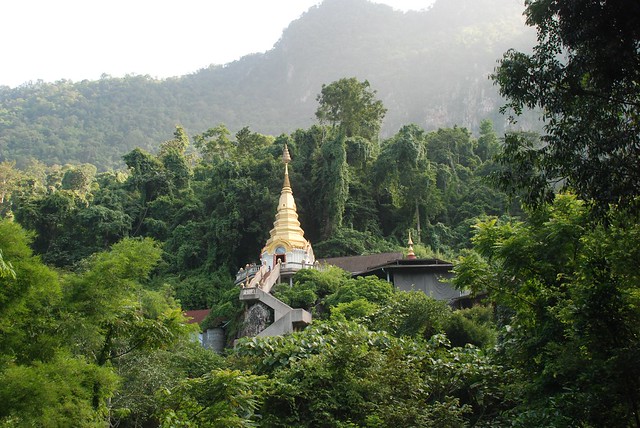 A quiet hike up a mountain takes you to the beautiful Samnak Song Tham Pha Plong, Buddhist Monk Monastery. 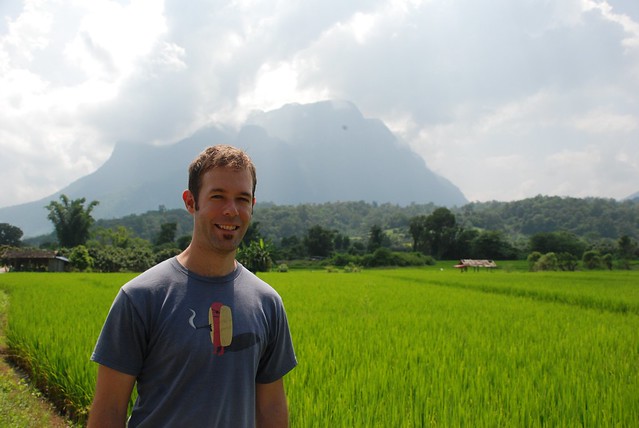 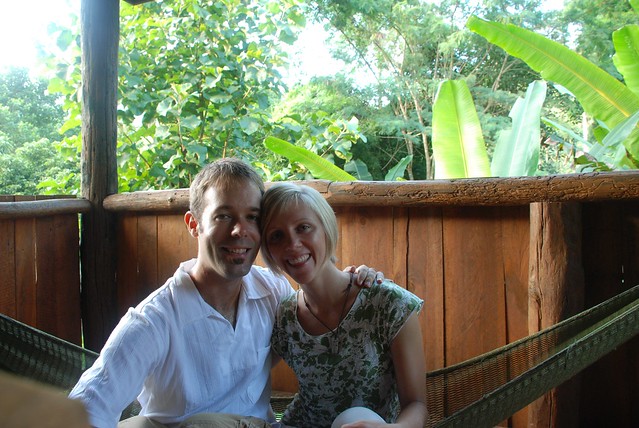 
4th Anniversary: Myanmar, 2011
For our 4th anniversary we were ready for a work break & headed through rain clouds to the beautiful Kyaiktiyo pagoda, the golden pagoda balancing on Buddha's hair on a mountain cliff in Mon State. We stayed in a mountain top lodge hoping for a sunrise view, and we were rewarded with wonderful sunshine through the clouds! 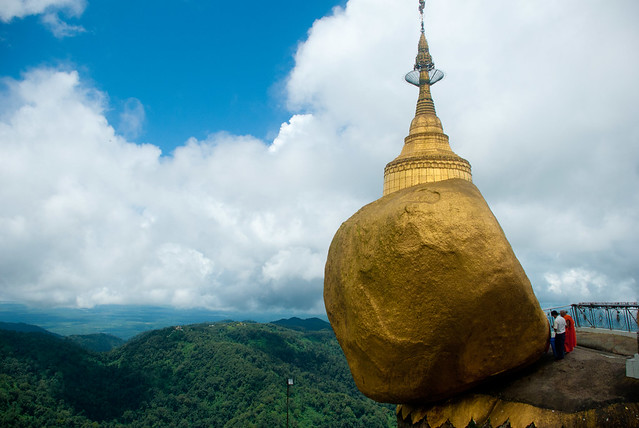 A monk and friends pray at Kyaiktiyo, golden rock pagoda. 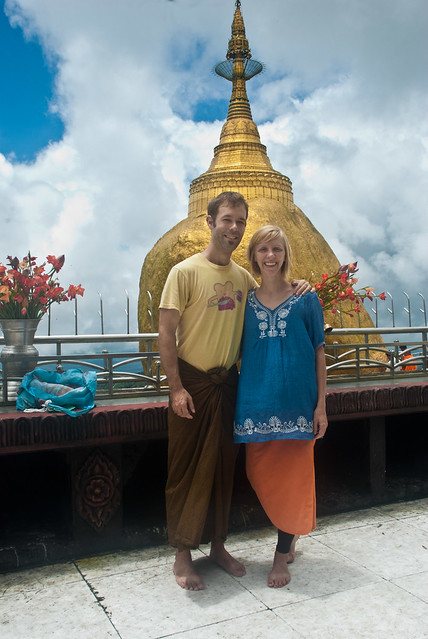 Kyle wearing longyi & me in a towel (forgot my tamain!)

5th Anniversary: USA, 2012
After that journey, did we top it off with some exotic site for our 5th anniversary? In some ways - yes! We spent it somewhere totally unique, where we'd never celebrated before - at home in Chicago. We had a few urges to fly or drive a car somewhere we'd never been (Detroit is romantic, no?), but in the end, no where felt better to us than being home. 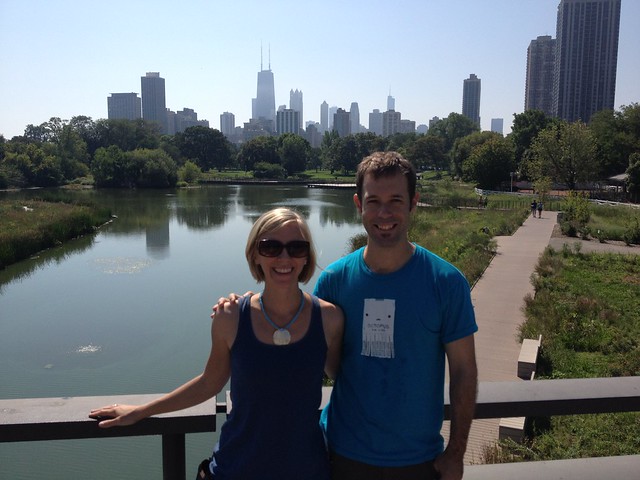 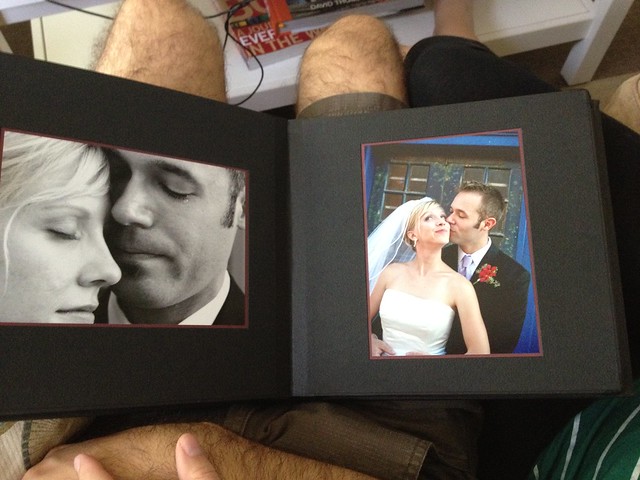 We cuddled up looking through our newly unpacked wedding album. 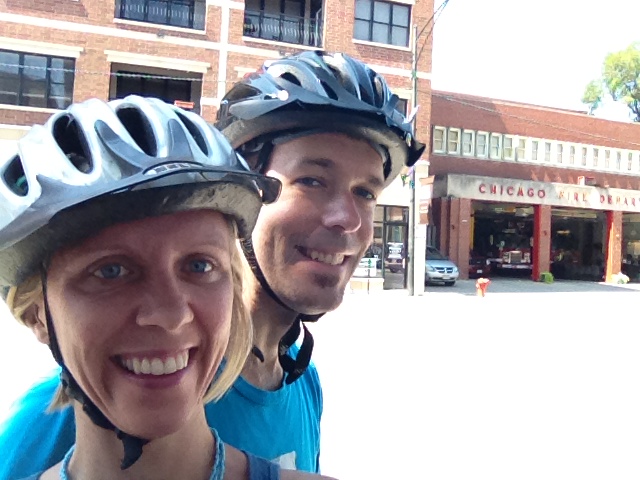 We biked to the place we met, Griffin's Public House which was next to the fire station at Halsted & Diversey. 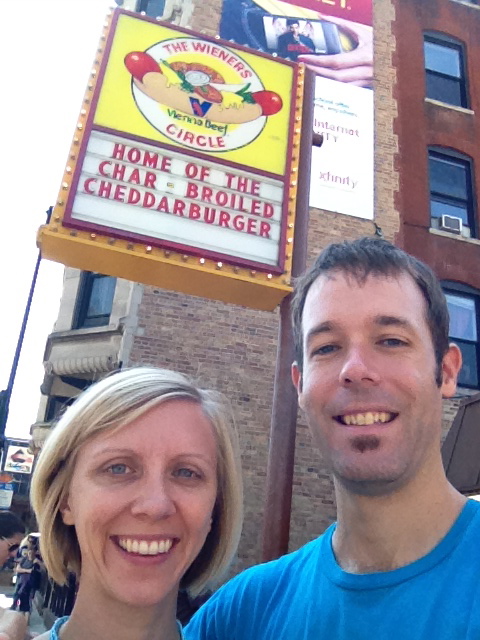 We biked to where we first kissed - at the Wiener Circle on Clark Ave. (We're that classy.) 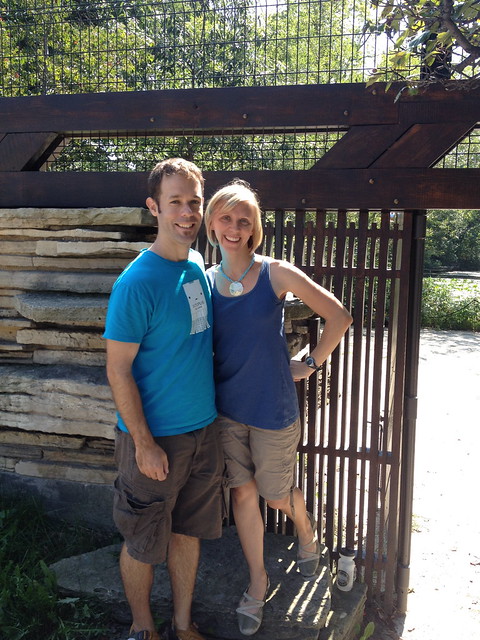 And we rode our bikes to the place we took our wedding photos (Compare to our 1st photo!) 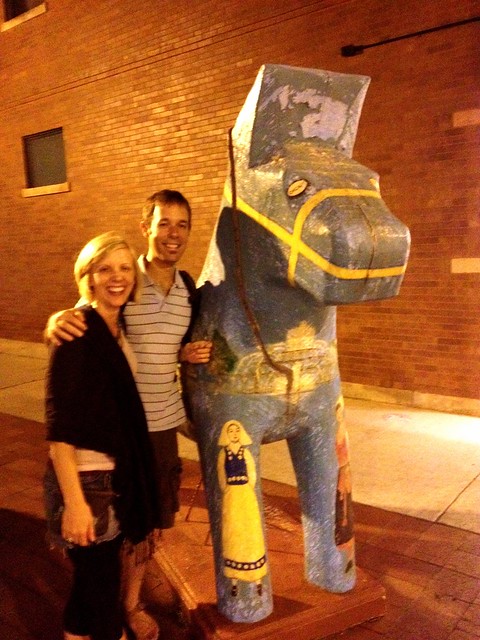 Last stop - our neighborhood Dala Horse. Andersonville is full of Swedish charm.
A somewhat foreign sentiment floated in the air  -- "doesn't being home feel great?" And it does. We're finding adventure in our great city.

Our night came to en end in true backpacker style, we sat on a street corner 2 blocks from home, next to the dala house, drinking champagne and eating strawberries and chocolate. (Insert laugh track.)  Because even though we're home, we're travelers to our core. And we've started an exciting, new chapter together.

A Change in Travel Tradition: Our 5th Wedding Anniversary