Tags: flight trip summer glaciers border
July 24th 2009
View original
Once again the opportunity came along to trade a Caribbean Trip for something different. That something different happened to be a 757 trip up to Anchorage, Alaska.

Never having been that far north I was looking forward to a new destination and setting foot in a new state. I had asked around among the pilot group about the trip and all the reports were positive. There's plenty to do up there. Great fishing, hiking, biking, sightseeing, camping, etc. The only negative to the trip was that it involved a dreaded all-nighter on the way home. And that all-nighter was with a two man crew, not three!

Nevertheless, I made the trade and away we went.

DFW - ANC is a seasonal 757 flight that AA operates from June until September. I don't know why they don't use a larger plane on it because they could easily fill it up all summer long. But that's a question for the bean counters.

We were fully loaded with a butt in every seat for a 4 PM launch from DFW. 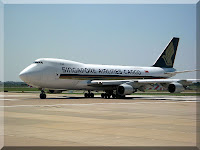 A short delay for wake turbulence from the heavy Singapore 747 taking off and then we were airborne. Today our 757 was close to maximim gross weight but you would never know it. It climbed like it always does...beautifully. I wish I had my own personal 757!!

We were flight planned for a 6 hour 35 minute flight. On any flights over 8 hours duration we have to have a third pilot, but today it was just the two of us. 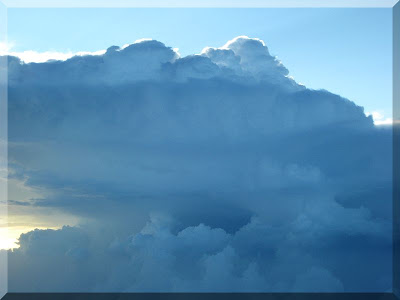 For the first three hours it was non-stop deviating around thunderstorms along the eastern slopes of the Rockies. There was plenty of turbulence to go with that also. But by the time we reached the Canadian Border just south of Calgary it started to clear up and smooth out. 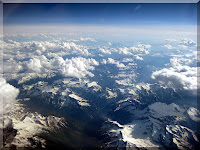 Just about then we started receiving the first of the phone calls from the flight attendants: "How much longer? Are we there yet? When will we be there?"
My standard answer is, "We're almost there...just a little bit longer."

After passing Calgary and turning slightly northwest, the scenery starts to get interesting. We crossed over the border from Alberta into British Columbia and started seeing some glaciers down below. 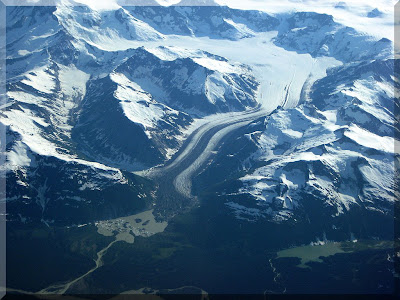 As we progressed, the glaciers became more prevalent. By the time we reached the Alaskan border, the glaciers were commonplace. They were everywhere.

On and on we went. You would expect the sun to be setting before long but at these northern latitudes in the summer, that just doesn't happen. 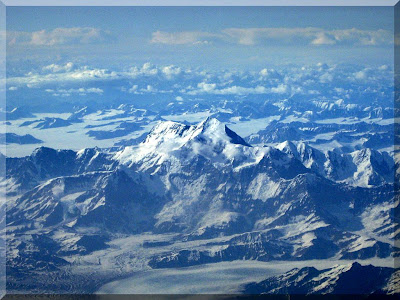 Off to our right in the Yukon Territory we could see Mt Logan. This is the highest point in Canada at 19,550 ft. 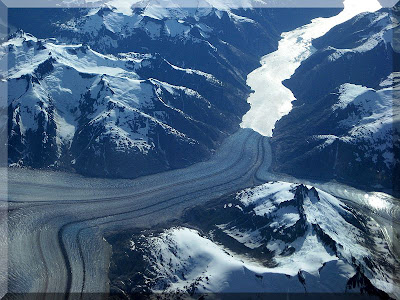 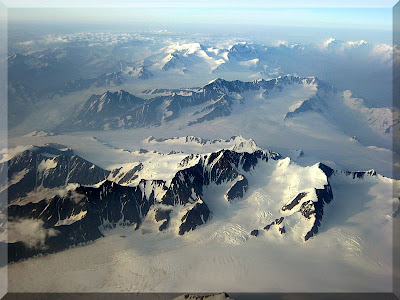 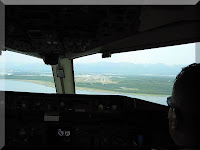 Finally Anchorage Center gave us our clearance to descend to the mid twenties. They kept us up pretty high until clearing the mountains east of the city and then out came the speedbrakes as we reported the runway in sight and were then cleared for a visual approach. A pretty steep descent ensued but I doubt that any of the passengers minded. They were probably ready to be there many hours ago. We landed and made the short taxi in and I noted that it was 10:30 PM in Texas. It didn't feel like it though with the sun still up and not about to set anytime soon.

To top it off, on the ride in to the hotel we saw a large moose just off the side of the road having some dinner. You don't see that in Dallas!

So that was it. Six and a half more hours in the logbook with some truly great memories of my first trip to the 49th state. I'll be headed back there again at least once more this summer. It should be a good time!

This post first appeared on Views From The Left Seat, please read the originial post: here
People also like
FreeBitco.in is introducing a Premium Membership program powered by the FunFair (FUN) token!
How to prepare mango leaves for diabetes
Slot Canyon Utah Guide: 15 Best Slot Canyons In Utah
What to wear: outfit ideas for Christmas & summer
Karen Wiesner: I Have Dreamed a Little Dream (Authors and Dream Inspiration), Part 2
Take A Trip To ‘Sunshine City’ with Elles Bailey’s New Single