A few weeks back I had just returned from my morning pool duty at the hotel in San Jose, Costa Rica and was online checking to see if we would be running on time for that afternoon's departure to Miami. Well, the inbound Flight was showing on time into SJO but when I checked a little deeper, it showed that our flight would be departing SJO on time but arriving into MIA over 90 minutes late.

What was up with that? Didn't know and didn't really care....these things always work out in the end.

So a little later I'm sitting in my room when my phone rang. It was the station manager at the airport calling to tell me that we were going to have to make an unexpected Fuel stop on the way to Miami. It seems that the local jet fuel supply in San Jose was very limited due to a delay in the weekly shipment. Apparently all the airlines were having to either cancel some flights or as in our case, plan a fuel stop enroute.

I asked the manager if we could stop at Havana for fuel.....she wasn't amused.

"So where would we be going" I asked?
"Managua, Nicaragua" was her answer.

A little later on when the entire crew met for the ride out to the airport, I gave them the news. Groans from the flight attendants, but the first officer was pleased as was I. You see, we get paid only when the plane is away from the gate....and any more flight time than scheduled during a given trip means more pay for us! Also, Managua would be a new destination for both of us and that is always fun.

All our passengers had been informed about the fuel stop and they all seemed to be accepting of it. There wasn't much they could do about it anyhow but I still made an onboard announcement about the extra leg and that there would be no extra charge for it! They weren't amused either. 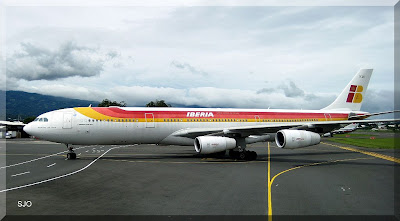 We pushed back just as this Iberia A-340 was arriving. 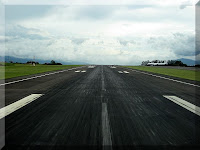 Then off we went for the 35 minute flight to Managua.


Managua's radar was out of service that day so we had to fly a full instrument approach until we spotted the runway and were able to proceed visually. 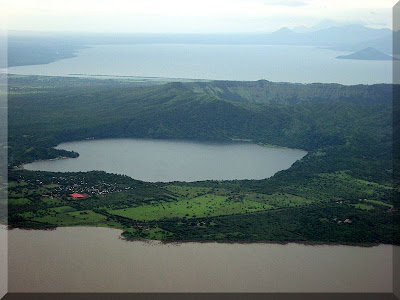 The terrain here was pretty impressive. Very green and lush. Notice the crater in the foreground and the distant volcano. 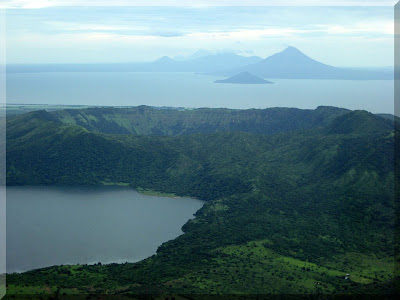 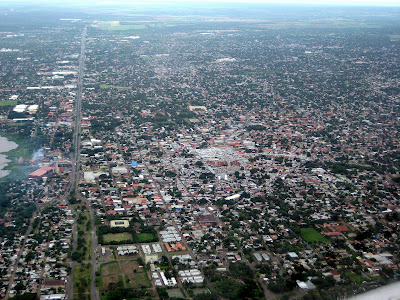 Final approach was right over the city. The runway is in the top left area of the photo. Kind of hard to see. 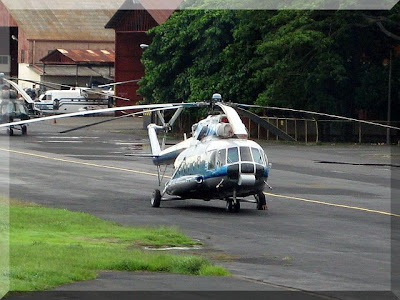 The ground crew at MGA was outstanding. We parked at the gate, the fuelers immediately hooked up, the first officer did his walkaround, the agent came on board to deliver some paperwork, and in less than 20 minutes we were airborne for Miami. 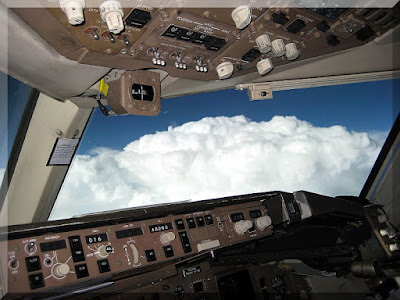 Cruising over central Cuba at 40,000 ft we passed around this monster cell. It was topping out at well over 50,000 ft. Havana ATC was nice enough to let us go around it.
Bad press about Cuba notwithstanding, their air traffic controllers are quite good. They are always accommodating and very easy to work with. Their English is also easily understood.

So on to Miami and then back home to DFW. What an interesting day.

I still think that Havana would have been a good fuel stop!