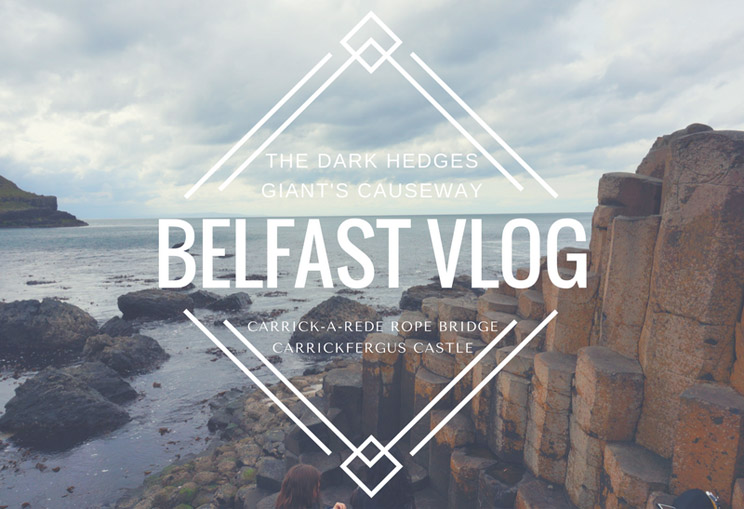 Hi lovelies!
Alex and I took a weekend off from being productive postgraduates and headed to Belfast, Northern Ireland. The second day of our adventure we spent touring around the north coast of the island of Ireland, enjoying the breathtaking scenery and historical locations.

Vigilante: The spiritual successor to…
Should the ends justify the means wit…
Spotlight Oral Care – Easter Sale: Up…
Crime Tourism: Bringing Burglary Crew…
How to Bridge BNB to ETH – An Easy St…
Northern Ireland is officially part of the United Kingdom, but the landscape of course is very similar to the rest of the Irish island. We had a chance to check out places like...
Carrickfergus Castle: an amazing old castle in County Antrim, dating back to 1177...
Carrick-a-Rede Rope Bridge: a 20-meter long Rope Bridge 30 meters above the sea, linking the tiny island of Carrickarede to the mainland...
Giant's Causeway: a UNESCO world heritage site of approx. 40,000 basalt columns caused by a volcanic eruption 50 to 60 million years ago...
The Dark Hedges: a tunnel-like path framed with trees, most known for its appearance in the Game of Thrones TV series as the King's Road.
A proper blogpost with guides and tips of our tour will follow, but for now, enjoy this little vlog to give you a sneak peek!

Have you been to Northern Ireland? Would you like to go? Would you enjoy more vlogs like this?Share your thoughts in the comments below!