We have been planning to visit Chikmagalur for some time now. So we slept early that night to start before sunrise. At 4:30 I woke everyone up as when it comes to going somewhere I mostly miss my sleep thinking about the next day. Which I shouldn’t as I rarely get to sleep the next night. But we were going to a hill station in Karnataka so the chances of everyone getting into the room early was really high.

Started at 5 AM In the Morning

Yep, we were out in the morning hoping to avoid the traffic before the sun comes out. But leave the small vehicles at 5 AM in the morning we were caught up with buses when it was still dark. Dressed up like a bandit as I had no visor on my helmet I wrapped my mouth with a handkerchief to avoid the dust.

The sun was up before we left the last toll which marks we were out of Bengaluru. On a less crowded Road, which adds up to the beauty of the ride. Chikmagalur is about 250 KM from Bengaluru so with breaks in between we planned to reach there before the afternoon. We had planned to take breaks every 70-80 KM after our breakfast as we were hungry by the time we crossed Bengaluru.

After our 2nd toll, we were at the Pure Veg Restaurant, which only had Pure Veg Food. Just kidding, the name of the restaurant itself was Pure Veg Restaurant so we knew what to expect after entering the same. We were not there for any heavy breakfast but something which can fill us up on the road. 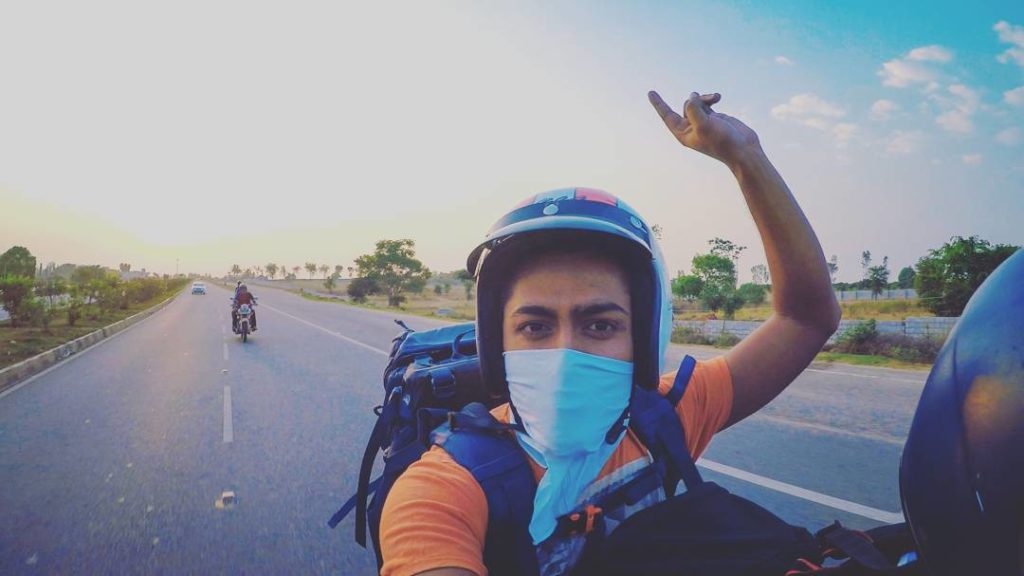 This place was huge with open dining area and kids playground. And they also had a trampoline which we were later asked to not use. As it was only meant for kids, but our friends were satisfied before they were there. For breakfast, we had some dosas and a cup of coffee, which was decent, at least it was hot. And we were back on the road with our bikes with another 190 KM to cover.

With the beautiful roads to drive on, we left our friends behind of about 15-20 KM before we reached our 2nd stop. So we waited at this small shop sipping some cold drink till they arrived. By now the sun was out a bit and we were feeling the heat. It’s good to keep drinking water during the summer rides as it keeps you hydrated and help you not fall sick.

We met with an accident on the road, but nothing serious. As this local guy who tried to cut through us hit one of our mirrors and fell. As we were driving fast at this point I saw him get up on his bike quickly and start riding. We thought he was fine and later got to know that he was racing towards us to stop us throwing the suji he was holding in his hand. This happened on our way to Hassan where we stopped and started talking with him.

To which he wasn’t even ready to talk in any other language except Kannada. And all of us didn’t know any of Kannada it was later when he took us to his friends in the town. Who translated his words which meant that we hit and ran away from the place. Later after all of this confusion, we calmed him and his friends and later took him to the hospital for some checkup. As nothing serious actually happened to him except the headlight which he scratched after the fall. And we paid for that as well, so he can get that fixed and started our journey towards to Chikmagalur. After two more stops in the middle, we were in Chikmagalur city.

Chikmagalur – The Land of Coffee

Chikmagalur aka The Land of Coffee is located in the foothills of Mullayanagiri range, which gives it the weather it is famous for. And the coffee estates around the town attracts lots of tourists to come here to spend some time off-grid from the crowd. As getting any reception event at the best Homestays and coffee estates is impossible. Letting you enjoy the essence of the beauty this town has.

Chikmagalur means “younger daughter’s town” in Kannada, as it is said that it was given as a dowry to the youngest daughter of Rukmangada, the chief of Sakharayapattana. 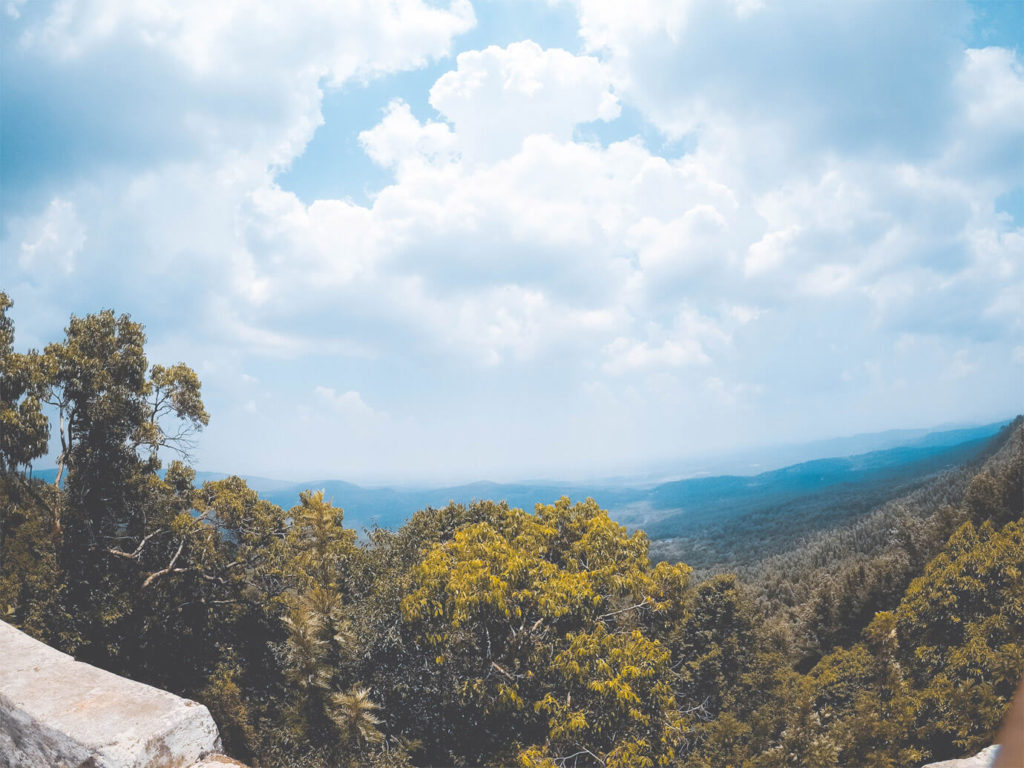 The Views from Road

From the city, we had another 20 KM to go which was the most beautiful part of the road. The ghat roads were on with the signage saying welcome to Chikmagalur, and the views got better with each km we covered. With magnificent views towards our right, we were extremely happy that we made it. We were staying at the Kanasu Homestay after checking in we went to the bed as I was too tired with no sleep. So I took a bath and just slept on the bed for some hours.

And yeah, that was all of it about our Road trip from Bangalore to Chikmagalur. Stay tuned for tomorrow on what we did in the evening and the next day. See you guys.