Texas is often thought of as the land of cowboys, horses, and tumbleweed. But there is so much more to this state. Texas is a southern U.S. state and is dominated by the landscapes like gorgeous vast deserts, extensive pine forest, and the Rio Grande. They say everything is bigger in Texas, and oh boy! it’s true. Which means, there are so many things to do in Texas that it can take months — maybe years to explore this Lone Star state.

But worry not, we have got for you our top picks. Read on.

1. Take your love for science, technology, engineering, and math to a whole new level at the Space Center Houston 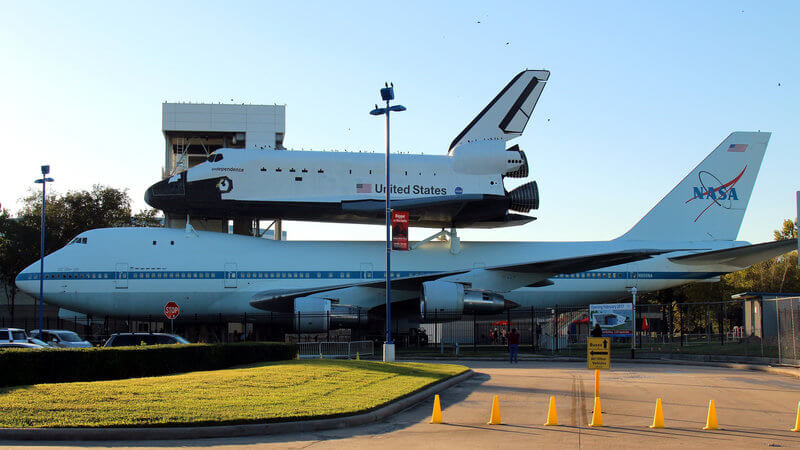 Space Center Houston is a Smithsonian Affiliate museum and the official visitor center of NASA Johnson Space Center in Houston. This 250,000-square-foot educational complex with more than 1 million visitors annually, this is one of the top attractions in Texas. Come here and explore over 400 space artifacts, permanent and traveling exhibits, three flown spacecraft, Moon rocks, attractions, live shows, and theaters that are dedicated to America’s human spaceflight program. Some more attractions at the Space Center Houston includes a five-story-tall 4K resolution theater, an opportunity to have "Lunch with an Astronaut", an ultimate VIP Tour, the original shuttlecraft Galileo prop from Star Trek: The Original Series, and so much more.

2. Enjoy a world-class collection of woody plants at the Dallas Arboretum and Botanical Garden 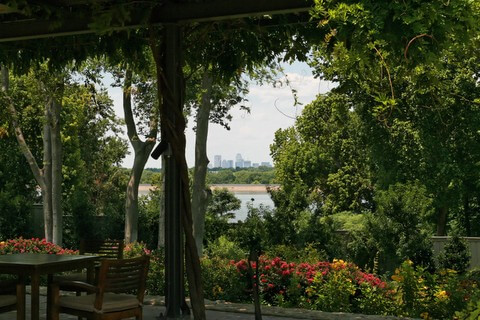 Feel a peaceful quiet settle as you enter the Dallas Arboretum and Botanical Garden. Located at 8525 Garland Road in East Dallas, this 66-acre botanical garden opened in 1984 and contains a series of lush gardens and fountains like Margaret Elisabeth Jonsson Color Garden, The Nancy Rutchik Red Maple Rill, McCasland Sunken Garden, Crape Myrtle Allee, The Martha Brooks Camellia Garden, and much more. The gardens here are beautiful and impeccably cared for making this one of the best places to visit in Texas with your family.

One thing that Texas is known for is its FOOD! Check out the Dallas' Uptown Food Tour and visit the city's best restaurants!

3. Take your kids to the Fort Worth Zoo 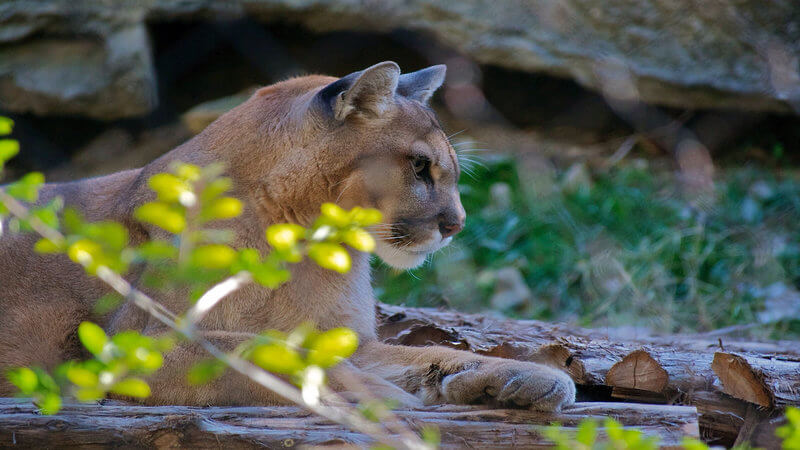 Founded in 1909 with one African lion, and a handful of other animals, the Fort Worth Zoo is a 64-acre zoo in Fort Worth, Texas. A great place to visit with your entire family, the main exhibits at the Fort Worth Zoo includes Penguins, Parrot Paradise, World of Primates, Asian Falls, Raptor Canyon, Meerkat Mounds, Australian Outback, Flamingo Bay, African Savanna, Texas Wild! and the Museum of Living Art (MOLA). Housing more than 7,000 animals covering 435 species, this is one of the largest zoos in Texas.

4. Enjoy a slice of Europe as you walk along the San Antonio Riverwalk 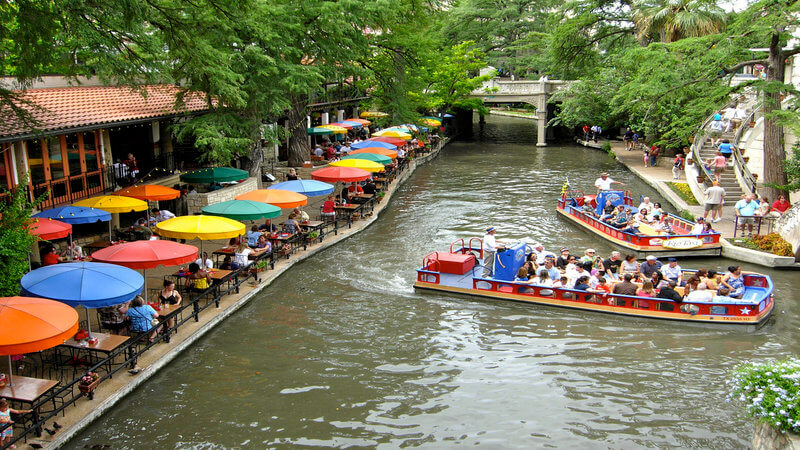 The San Antonio Riverwalk in San Antonio is a city park that features a network of walkways along the banks of the San Antonio River. Explore the many bars, shops, restaurants, nature, public artwork, five historic missions, and a15-mile urban waterway on your next trip to Texas. Tucked quietly below street level, a quick stop here and you will feel like you have been transcended to a city in Europe. Best explored on foot, San Antonio Riverwalk is one of the best things to do in Texas. 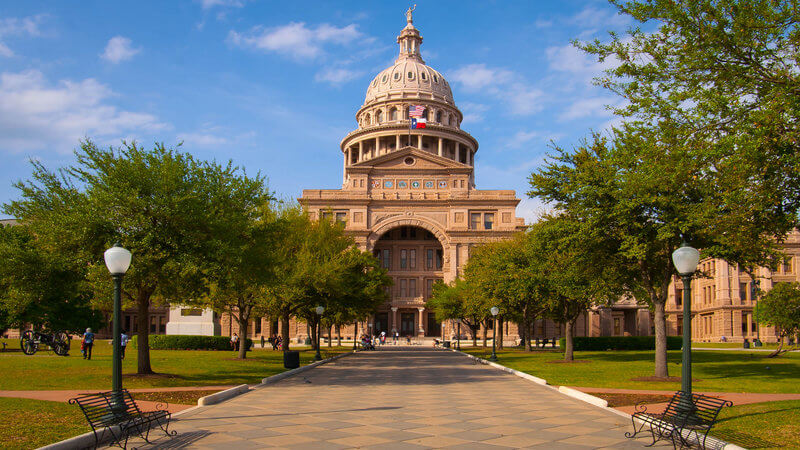 Texas State Capitol is a historic statehouse, capitol building and seat of the government of the American state of Texas. Situated in downtown Austin, make sure you take time to tour the magnificent Texas Capitol and check out its ornate architecture and gorgeous grounds. The Texas Capitol offers a free 30-minute tour that takes you through its historic halls. Later, you can also check out the many fun exhibits here.

Austin has so much more to do! Check out the many Austin Tours & Activities

6. Enjoy an unparalleled entertainment experience at the AT&T Stadium 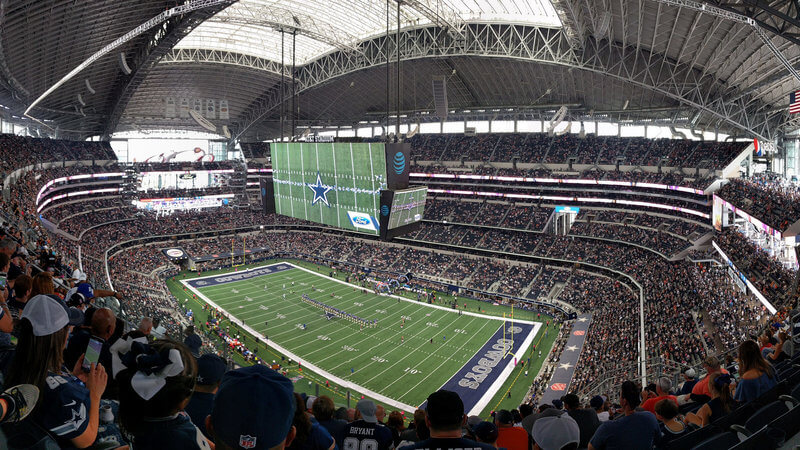 Formerly Cowboys Stadium, the AT&T Stadium in Arlington, Texas is one of the most technologically advanced venues in the world. Home of the Dallas Cowboys of the National Football League (NFL). The construction of this stadium was completed on May 27, 2009, and since then this must-see playground in Arlington is one of the top tourist attractions in Texas. The AT&T Stadium is chock full of architectural and design wonders such as a 14,000-plus ton retractable roof, more than 3,000 Sony LCD displays, climate-controlled interiors, 15,000 Club seats and so much more. The stadium offers private, group, guided, and self-guided tours. 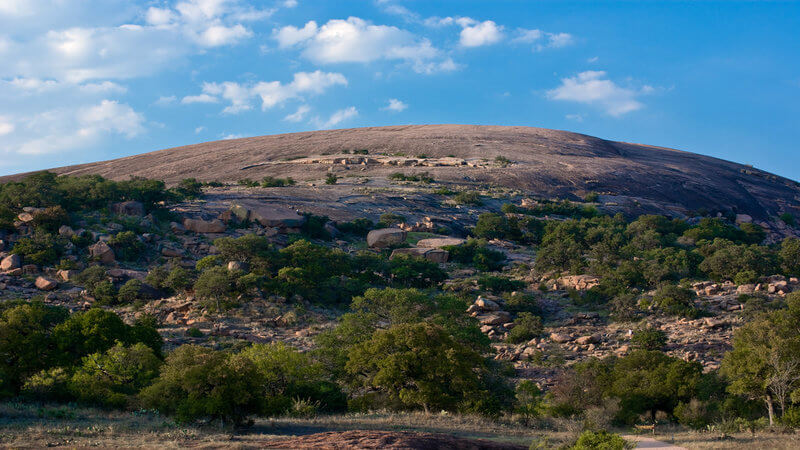 The Enchanted Rock State Natural Area and Conservation are built around the Enchanted Rock. This pink granite mountain located in the Llano Uplift. The park covers approximately 640 acres and offers many recreational activities like primitive backpack camping, caving, hiking, rock climbing and picnicking. This park has many trails. Summit Trail is the most popular one. The park also holds an annual Granite Gripper - a rock climbing competition.

8. Prance through the heavens at the McDonald Observatory 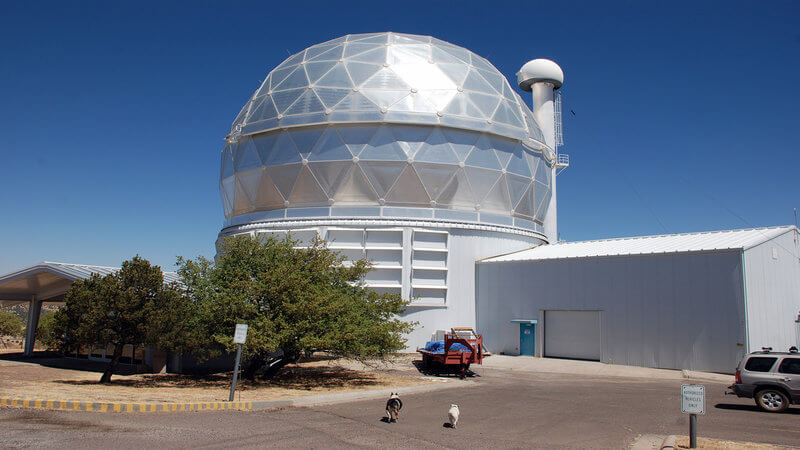 Situated in the Jeff Davis County of Texas, the McDonald Observatory is an astronomical observatory that is a part of the University of Texas at Austin. If you are planning a visit to this observatory, its Frank N. Bash Visitors Center has a café, gift shop, and interactive exhibit hall. Visitors can enjoy the daily live solar viewings and also tour the observatory's largest telescopes.

Naturally and culturally rich, Texas will treat you to the experiences you can't find elsewhere!