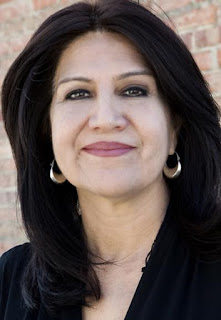 This is a “sneak-peek” reading of Evelina Fernández’s newest play that kicks off its world premiere by the Latino Theater Company at the Los Angeles Theater Center in 2021.

The script  is about Molly, who is separated from her husband and in desperate need of a childcare provider.

She soon discovers Juana standing at her doorstep and she and her kids are swept up into Juana’s magical and charming ways.

But, what  is Juana,really all about? The answers can be found during the reading on Friday, Sept. 18 will be preceded by a live, online conversation with the artists on Thursday, Sept. 17.

The reading and the conversation will each stream for 10 days.

Fernández is a second generation Mexican-American and a prominent figure in the Latino/a theater and film community. Fernández's grandparents immigrated to the United States in 1910 from Jalisco, Mexico, to escape civil war.[1] Fernández was born in 1954 Los Angeles but lived the first 9 years of her life in Arizona before moving back to LA to live with her grandparents after her parents got divorced.[2] Fernández had an interest in writing her whole life but first got involved in drama in the Garfield High School Drama Club.[3] She then attended California State University Los Angeles, where she continued to pursue theater and became involved in the Chicano Movement.[3] Evelina was a founding member of the Latino Theatre Company (LTC) in 1985. She has remained involved for 30 years, writing several and performing in a dozen plays for the LTC.[4] Fernandez is married to the Artistic Director and one of the founders of the Latino Theater Company, Jose Luis Valenzuela.[5] Jose has directed many of the plays that Evelina has written and starred in. The LTC currently has a 20-year lease with the City of Los Angeles to operate in the Los Angeles Theater Center (LATC).[6] Valenzuela and Fernández have two children and live in Los Angeles.[6

Presented by The Latino Theater Company