On June 26, 2006 I launched Eye Prefer Paris, and last Friday was the 15th anniversary. Here’s the first post I wrote.

This blog is about how a native New Yorker dreamed of moving to Paris …… and what he discovered once he got there. Come live this Paris dream vicariously through the eyes(and ears) of Richard Nahem. He writes his blog from his 18th century apartment overlooking tree-lined Place St. Paul in the fashionable Marais district of Paris.

Over the course of the next 15 years and 2,559 posts later, the answer to all the questions was yes, plus I found more than enough to write about. I still maintain the statement I made in my first post, and still live in the same 18th century apartment in the Marais.

The experience has been a journey of fun, exhilaration, joy, discovery, amazement, reward, and an incredible opportunity to see things and travel, where I may not have gone otherwise.

Most of the time it’s been a high, but there have been some lows, but in troubled times, I found solace and a sense of groundedness in writing my articles.

One of the greatest joys has been the community of people from around the globe that’s been created. I love the emails and comments I receive from you and also the joy of meeting many of you in person or an online friendship.

To celebrate the big occasion, besides drinking lots of Champagne, I have a quiz contest and giving away 15 prizes, one to mark every year. Below is the 15-question quiz, starting with 2006, going through 2020.

The first 3 people who answer all the questions correctly, will win the first three grand prizes. The rest of the 12 prizes, will go to the first 12 people who either make a comment on the comments section or email me their comment. Please send quiz answers and comments to [email protected]

An easy way to access all of my postings is to go directly to the blog http://www.ipreferparis.net. From there, look on the right sidebar under archives and you will find archives from every month since July 2006. Another shortcut is to go to the categories list and access postings from there. For example, for a question about a Parisian of the Month, click on Parisian of the Month and all of them will come up.

Bon chance/Good luck, and I will announce the winners next Monday, July 6.

2006 What department store had an exhibit of dolls that Christian Dior, John Galliano, Kenzo, Christian Lacroix, Valentino, and Versace designed costumes for?

2007 What newspaper wrote about Vincent and I?

2008  What metro station has the letters of the French Constitution on the walls?

2009 Which late French fashion designer had his antique, art, and belongings from his different homes auctioned off by his partner?

2010  Which French shoe designer who designed shoes for Christian Dior in the 1950s, had an exhibition at Palais de Tokyo?

2011 What’s the Lunch With Lynn restaurant where the portions were so small, we had to eat again after we finished?

2012 What French island did Vincent and I travel to for a sun vacation?

2013 Where in France did I travel to with my artist friends Laurie and Blair Pessemier, who set up painting lessons for their clients?

2014 What’s the name of the soap and perfume shop from 1720 that made perfume for Marie Antoinette?

2015 What’s the name of the street in the 12th arrondissement that has houses that are painted bright colors?

2016 What French TV series did I recommend about the German occupation of France in WW II?

A- A French Village

2017 What’s the name of the patisserie that has a combination of French and middle-eastern pastries started by a Syrian woman?

2018 What restaurant on A Bite of Paris video has the best croque monsieur?

2019 Which famous gourmet shop opened their first hotel in Paris?

2020 What famous chef from Lyon opened his first restaurant in Paris? 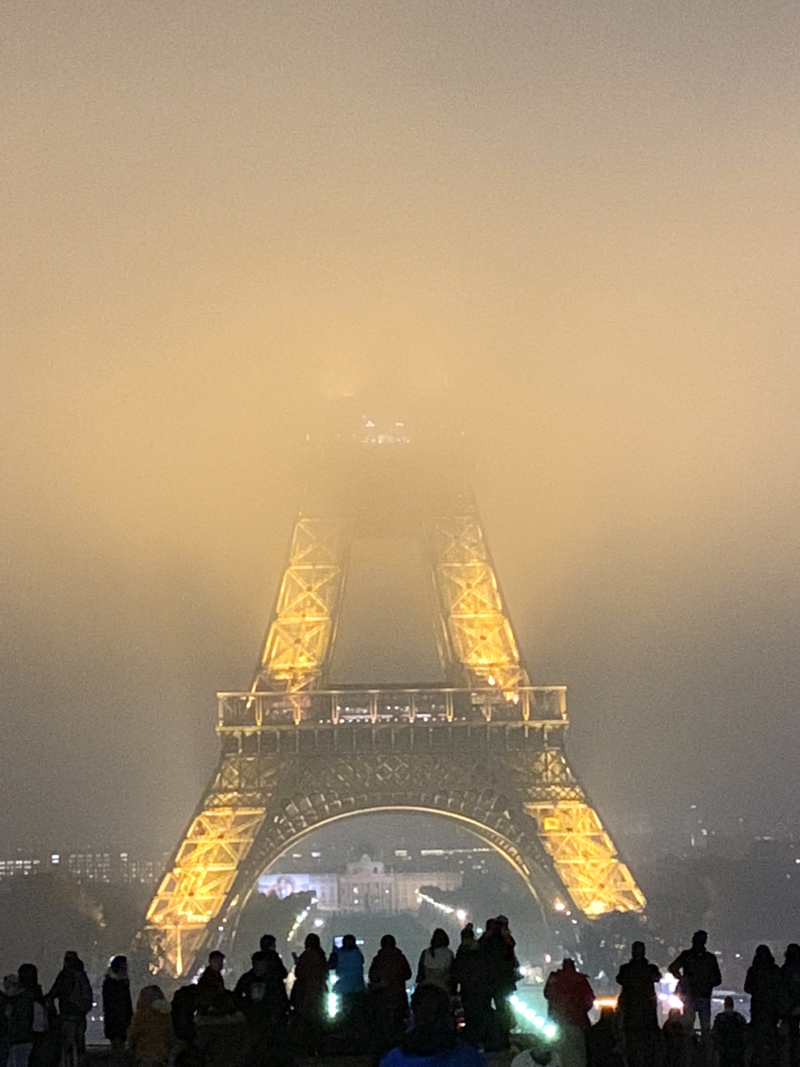 Grand Prize 2: A singing lesson with the extraordinary chanteuse and songwriter Caroline Nin via Zoom. 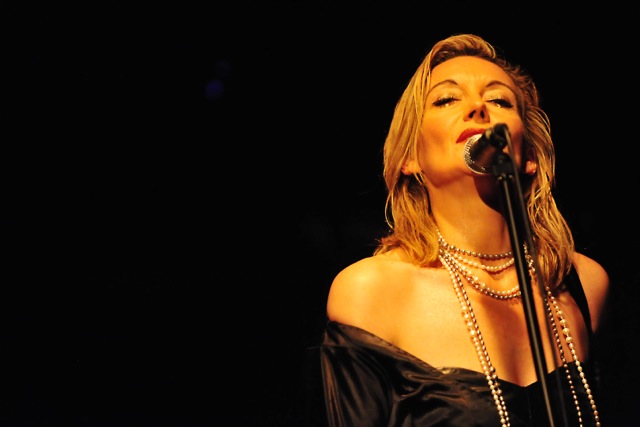 Prize #4: A 13inch by16inch painting by Blair Pessmier, of the lily ponds just before the bridge with wisteria at Monet's Gardens in Giverny.

Blair and his wife Laurie give painting glasses in the mountains of the Emilia-Romagna area of Italy.http://artnotesparis.blogspot.com/ 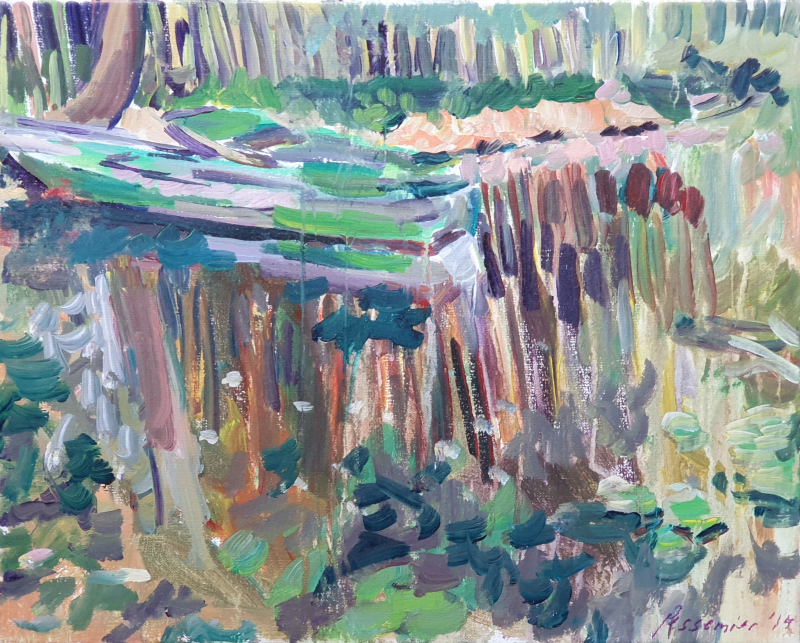 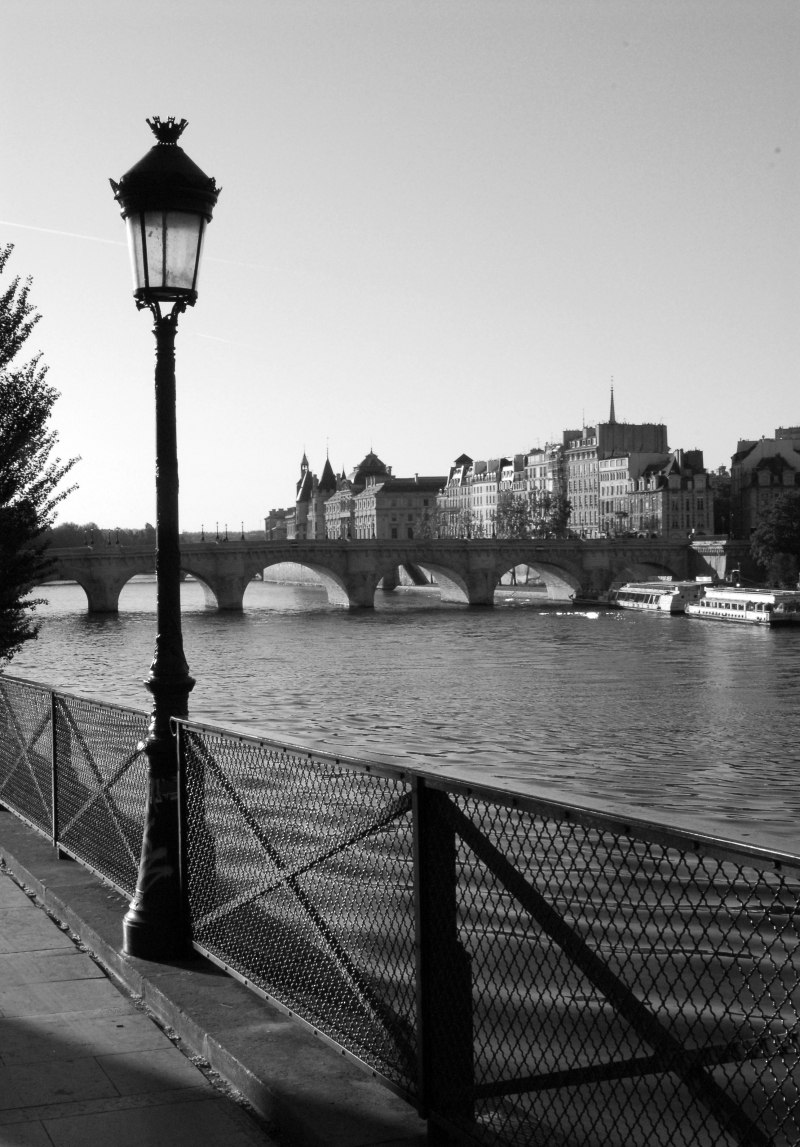 Prize #6 A copy of the new book Paris, Part Time by Lisa Baker Morgan, a memoir about how she gave up the perfect life in the U.S. as a successful lawyer and happily married to one, and two beautiful daughters, to move to Paris and train at as a chef at Le Cordon Bleu. The book includes 25 recipes and 100 photographs. https://www.amazon.com/Paris-Part-Time-Baker-Morgan/dp/0984744339/ref=sr_1_5?dchild=1&keywords=Paris+part+time&qid=1586368907&sr=8-5 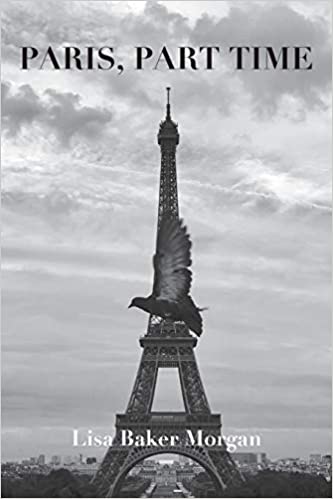 Prize #7 A ceramic tray with Le Marais on it, from the Oui, Madame shop in Winnetka, Illinois. https://ouimadame.net/ 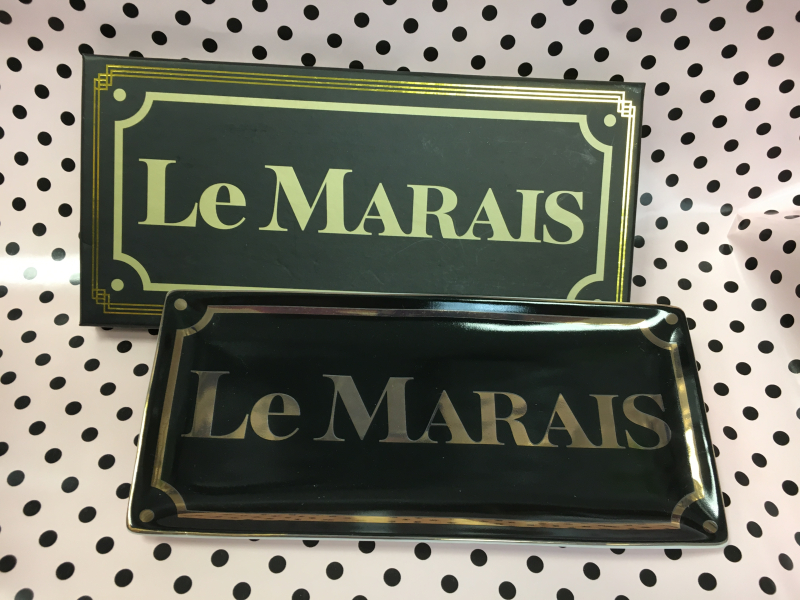 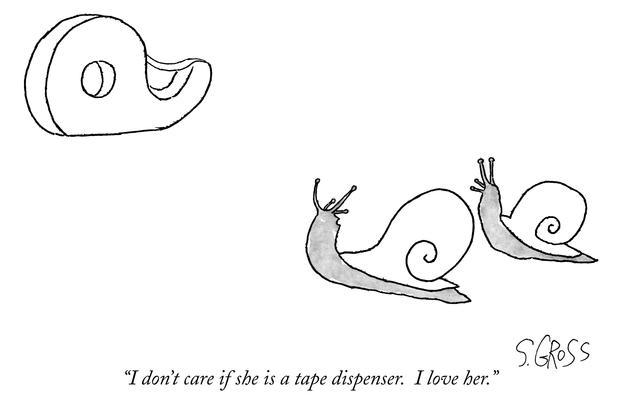 Prize #9 A Kindle edition of the Braiser Cookbook by Wini Moranville, author of the best-selling Bonne Femme Cookbook

Prize #10 A Paris inspired mask from Patty Sadauskas, with an image of the Paris metro on it. https://www.genuinefrance.com https://www.redbubble.com/people/genuinefrance/shop?asc=u 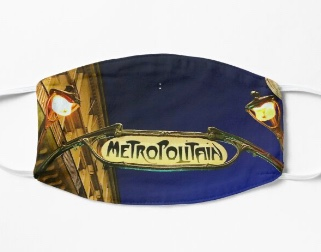 Prize #11 A signed copy of Montparnasse: Paris’s District of Memory and Desire by John Baxter, who also wrote The Most Beautiful Walk in the World. https://www.johnbaxterparis.com/ 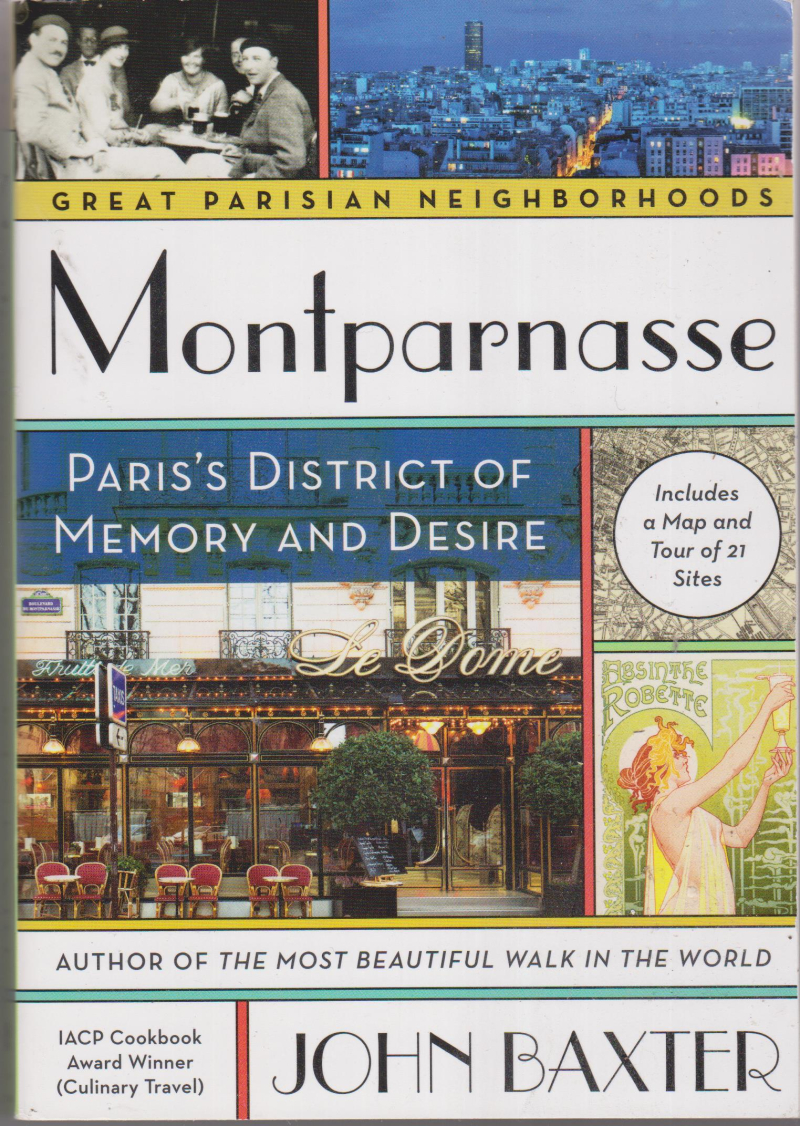 Prize #12 A copy of the new book Final Transgression One Woman’s Tragic Destiny in War-torn France by Harriet Welty Rochefort (More about this book on Thursday). 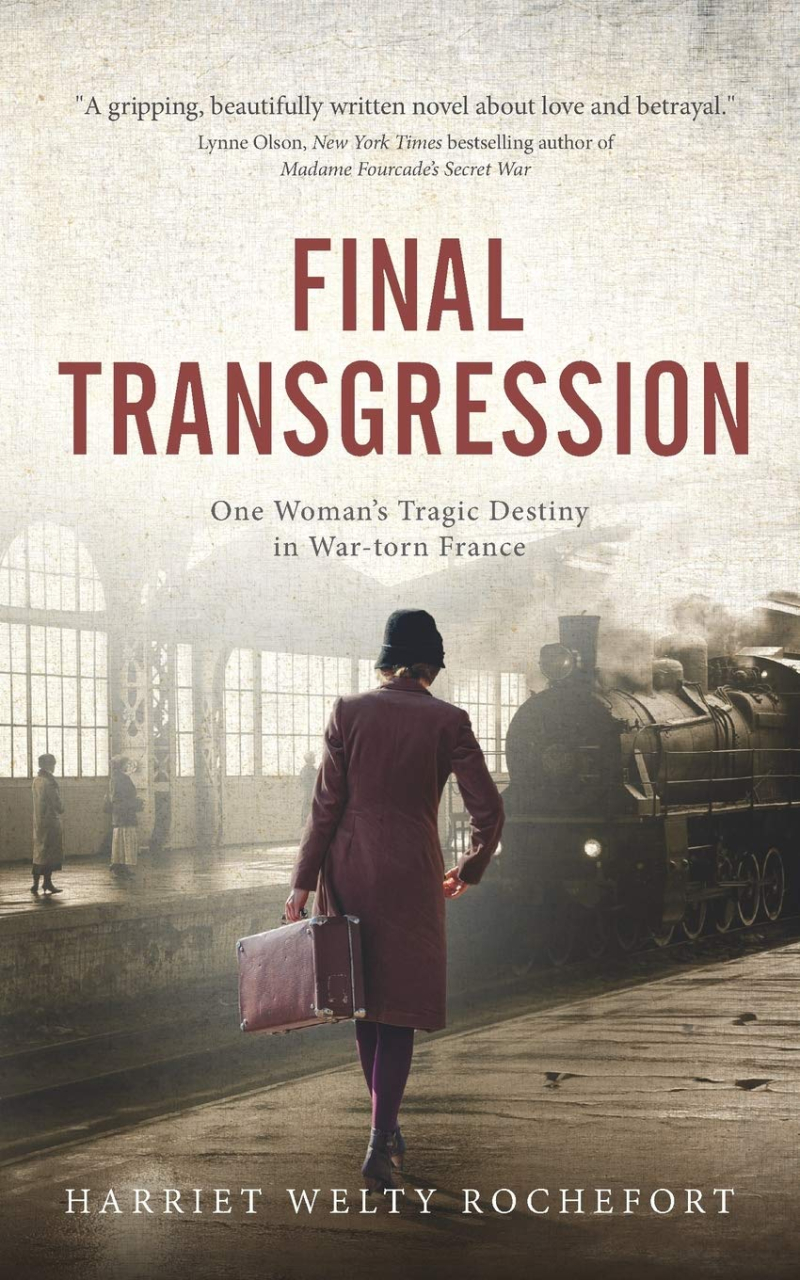 Prize # 13 A copy of the fabulous book, Paris Flea Market Style, by my friend Claudia Strasser. 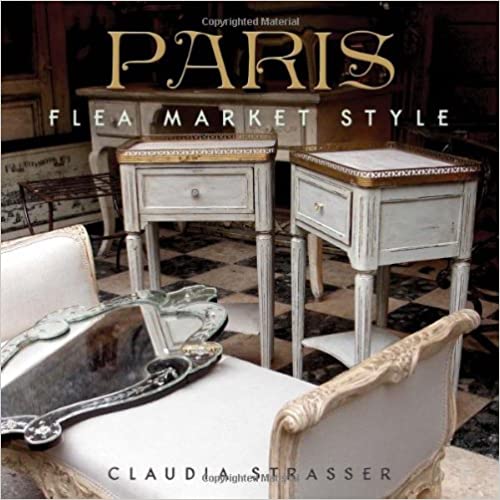 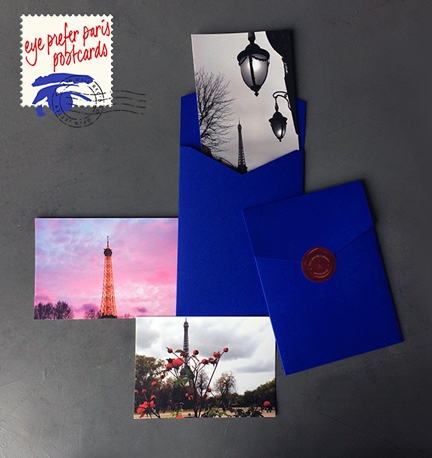