What Economic Liberalization and Globalization Means For the Masses?

How To Kill Carpenter Ants
Goal 2020 review and 2021 Resolution
Capture Attention and Drive Traffic w…
Teenage Bounty Hunters: an original, …
Top 10 Sites to watch Telugu Movies O…
Under   “Economic Liberalization”, a review of the various economic controls has been made and counter productive controls are being dispensed with. The industrial licensing Policy, trade policy, taxation policy or, in a broader context, the entire fiscal policy, monetary policy, agricultural policy etc. are being recast in a manner so as to  subserve the goals of higher production and productivity. 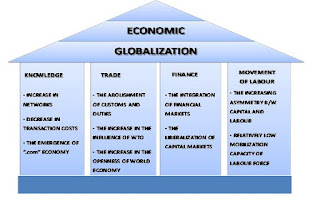 These liberalization are designed to initiate measures aimed at increasing international competitiveness of Indian goods and services and hence their exports. They also encourage in-flow of foreign exchange into especially private foreign direct investment (FDI). The economic liberalization policy has provided for encouraging private foreign direct investment in setting joint ventures with Indian business houses in the field of trading houses with equity contribution up to 51 % in these ventures.
The shift of emphasis in the Economic Liberalization is towards greater reliance on the private sector for increasing the production in future. For this purpose economic controls and regulations have been gradually relaxed and will be further relaxed with the passage of time. The liberalization policy emphasizes economics of large-scale production, modernization and competition for production in the economy.
Although the process of economic liberalization had commenced in 1973. But it is difficult to predict the future shape of things in this regard. The direction is now more certain and the speed is faster towards economic liberalization in . Broadly speaking, liberalization policy is a move from the public sector towards the private sector. It emphasizes production and productivity maximization goals, rather than the mere idealistic talk of socialistic pattern of society.
The true meaning of the term “Globalization,” its core contents, and its impact on the economies and societies developed versus developing countries, have been a vigorously contested subject for a long time now. This debate reminds one of the stories of the elephant and the seven blind men. Each person touched a separate part of the pachyderm’s anatomy, and depending upon the contours of that part, described the complete animal, with his imagination taking over where his visual faculty left off. The message of this allegory is not that the narratives were inherently flawed in their analytical conception. Rather, that globalization is a dynamic, so complex and still unfolding that one account of it could be at significant variance with another, and yet both might be offering true but partial accounts of the overall phenomenon. Indeed, in contemporary international discourse this term is often bandied about as a new phenomenon. In reality, globalization has long been a feature of the international system, whether it relates to transmigration of people, cross-fertilization of ideas, or even Trans-mutation of technologies. What has changed distinctively in recent decades is the pace and scope of globalization. And as its most powerful manifestation, advanced technology runs through the increasingly jigsaw of the international system as a lubricant, imparting it liquidity as well as dynamism. Thus, the distinctive aspect of contemporary globalization is the increase in its liquidity, which makes it a diabolical phenomenon, capable of tremendous progress but also considerable harm. 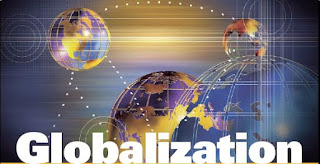 Further, despite the controversy, most experts agree that at its core, globalization denotes the international integration of the basic factors of production, i.e. labour, capital, technology, and entrepreneurship, and their output, i.e. goods and services. And as national economies become increasingly integrated into the global economic matrix, it blurs the traditional boundaries between Local, National and Trans-national, and impinges crucially upon the latitude, jurisdiction, and sovereignty of State actors in the international system.
By comparison, the concept of “Economic Liberalization” is relatively simpler to comprehend, even if not easy for governments to implement and sustain over time. In essence, economic liberalization denotes an attitudinal change along with changes in the structures and processes of an economy that was hitherto “closed” to the international markets. In attitudinal terms, this means change in the role of the Government from one of a “chief controller” to that of “facilitator” and an “arbiter” of competing economic groups and interests within a country. The structural and procedural derivatives of liberalization signify the entire gamut of changes that result from the deliberate policies of governments to permit a greater role for market forces in the functioning of economy.
Thus, the liberalization policy will usher in an era of faster economic growth and better management of the Indian economy in the years to come. The economic liberalization policy is within the parameters of change allowed in the economic management of the nation. It will help in improving the growth performance of the economy and will reduce poverty and unemployment in the country.
http://mahfoozali.blog.co.uk/2006/02/06/what_economic_liberalization_and_globali~538354/
(One of my lecture that I lectured in I.I.M., Indore)

What Economic Liberalization and Globalization Means For the Masses?