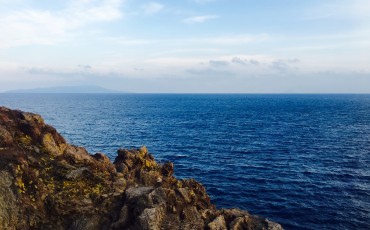 Do you love trips into the great outdoors? Then you have to visit the thrilling scenic beauty of the Jogasaki coast. Located on the east side of the Izu Peninsula, the Jogasaki coast offers an abundance of sea views with gorgeous rocks and a suspension bridge. [caption id="attachment_9265" align="aligncenter" width="500"] 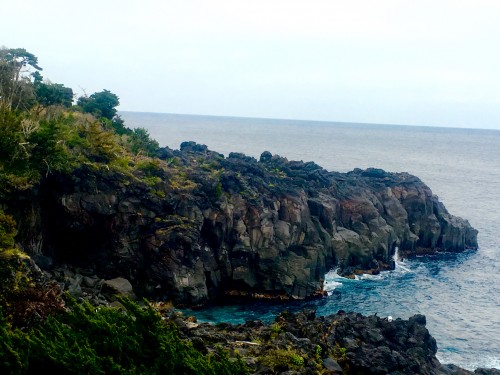 Jogasaki coast view[/caption] The first time I heard about the coastline, I imagined sitting on a sandy beach with a great sunset over the sea. When I got there, though, it was totally different. The rocks of the Jogasaki coast were created from the lava from Amagi Volcano. The gorgeous rocks and cliffs that lead directly to the sea provide some of the most thrilling scenery I've ever seen. [caption id="attachment_9257" align="aligncenter" width="500"] 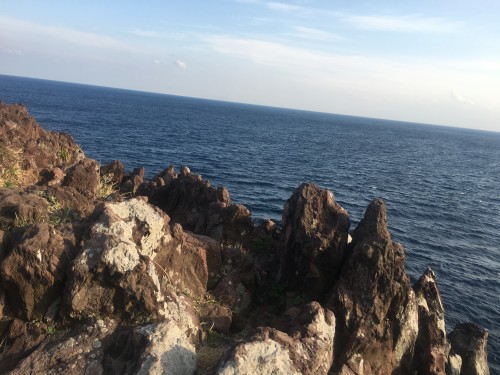 Beautiful coastline view[/caption] The Jogasaki coast, or Jogasaki Kaigan in Japanese, is about two hours from Tokyo by local train. Don't try to see the sunset here because the sun goes down behind the hills instead of over the sea. Instead, come here in the morning. Take the local train from Tokyo to Ito through Atami, and once you've reached Ito Station take the bus that operates once per hour to Jogasaki Kaigan. There are day passes to enjoy the Ito area, and I prefer the one-day pass that costs around 1,300 yen for buses. The pass is cheaper than paying for each bus trip individually. [caption id="attachment_9264" align="aligncenter" width="375"] 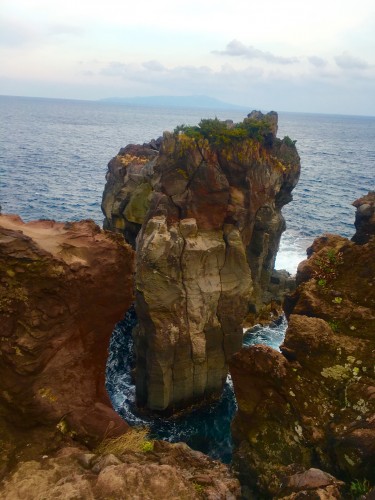 Trapped cliff[/caption] The Jogasaki coast was my last destination that day because I thought I could enjoy the sunset by the sea, but I was totally wrong. I reached the entrance gate around 4 pm, and I was surprised I still needed 20 minutes to get to the coastline and past the suspension bridge. In a hurry, I ran and found two tracks, one through the forest and the other being the main track. The forest route seemed shorter so I chose that one, and I stopped in my tracks when I saw the amazing view of the coastline on my right. The sky was so blue and I took in the fresh air of the sea and the sound of the waves. [caption id="attachment_9260" align="aligncenter" width="500"] 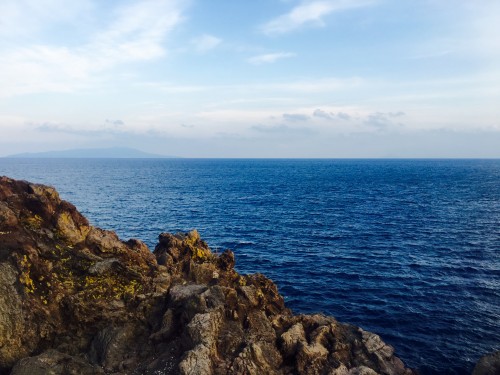 Sea view from the rocks[/caption] The trail to the Jogasaki coast main area is about 1.2 kilometers long. The suspension bridge was a little scary because I thought the high winds would blow the bridge over, but it was safe. I managed to stop in the middle of the bridge to enjoy its swaying and view the waves and rocks below. I finally reached the Jogasaki coast and climbed the cliffs carefully before enjoying the panoramic view and fresh air. I suddenly felt regret that I did not arrive earlier to have more time to relax before the sun set. I suggest you come in the morning so you can have more time on the cliffs -- just don't try to jump into the sea.