What is Real Estate Regulatory Act (RERA)? How is it going to impact your home buying? 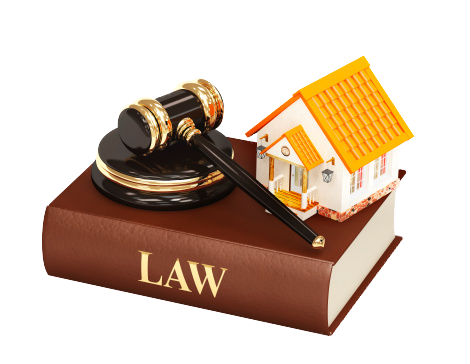 In what manner will RERA be executed?

The Ministry of Housing and Urban Poverty Alleviation has advised 69 out of 92 segments of the Act a week ago and guaranteed the Act is authorized from May 1. Both the Central and State governments are to formulate rules under RERA inside six months. A report in the Hindustan Times said that the HUPA Ministry will be responsible for formulating rules for Union Territories however for Delhi, the rules will be set by the Ministry of Urban Development.
An authority - Real Estate Regulatory Authority - will be established by the government(Center or State) within a year. These bodies will choose the complaints of purchasers and developers in not over 60 days. Until the authorities are set in place, Governments can assign any officer as the interim Regulatory Authority.
Madhya Pradesh as of now has a Regulatory Authority set up. States like Kerala, Maharashtra, Punjab, Rajasthan, Mizoram and Haryana have an interim Regulatory Authority set up.

By what means will RERA affect homebuyers?
Customers who are seeking to purchase a on-going project or a project that is yet to be registered will be guaranteed better security under RERA because of the fact that the terms of project delivery will be according to the Act.
Pricing will be affected with both GST and RERA becoming effective however may take six to 12 months to work out. The homebuyer will have to pay only on carpet area, that is the area within the walls, and the builder can't charge for the super built- up  area the way it is presently now.
A report said that the developers will have to transfer 70 per cent of the money received from customers to an escrow account. This will guarantee the builder does not spend the cash on different projects since they can pull back cash from this account after endorsements from engineers and chartered accounts they appoint.
RERA mandates that developer can't ask more than 10 per cent from the property's cost as an advance booking amount before actual signing a registered sales agreement.
The regulator will have the ability to fine and imprison errant builders based on a case by case basis. The imprisonment can go up to a period of three years for a project.

How will Real Estate Regulatory Act affect builders and developers?
Developers, builders and promoters can't publicize/advance any project, without citing a RERA registration number and website address of RERA, following three months. In the event that they fail to register post this period, they can't proceed with marketing and selling their projects.
With RERA, since the builders need to get all the important clearances before they could sell the project, acts of neglect in such manner is relied upon to be checked.

Will the developer give guarantee to the projects?

Yes. The builder needs to give a 5-year guarantee to any structural imperfection in the building. "Under RERA, in case of any structural deformity or low quality, it will be the responsibility of the developer to rectify such imperfections for a period of five years.

Urban, Suburban, or Rural Practice: P…
Here’s Our First Unofficial Look at A…
The Ultimate Guide To Obtain a Europe…
What is Mezzanine Debt?
5 Important Things You Should Conside…


This post first appeared on Magical Mumbai, please read the originial post: here
People also like
Urban, Suburban, or Rural Practice: Pros and Cons
Here’s Our First Unofficial Look at Asus Zenfone 8 & Zenfone 8 Flip
The Ultimate Guide To Obtain a Europe Residence Permit
What is Mezzanine Debt?
5 Important Things You Should Consider Before You Invest in Stock
Goal 2020 review and 2021 Resolution