Tags: andhra pradesh village andhra pradesh
August 11th 2015
View original
Lambasingi (or Lammasingi) is a small Village in the Chintapalli Mandal of Vishakapatnam district of Andhra Pradesh, India. It is situated in the agency area. This place is often referred as Kashmir of Andhra Pradesh. The temperatures in this places go as low as 0 °C in December – January). This village is situated at a height of above 1000 meters from the sea level.This is the only place in South India where snowfall occurs.
Another name for this Lambasingi village is Korra Bayalu. Korra means ´stick´, Bayalu means ‘outside’, in the local language this means “if some one stays outside the house in the open they will freeze like a stick”.
In the state of Andhra Pradesh Adilabad and Arogyavaram are couple of places that record lowest temperatures. Lammasingi records less than 5 °C even in seasons other than winter. You can see sun only after 10 am on any given day and in winters only around 12 but again by 3pm this place will be blanketed by thick fog. 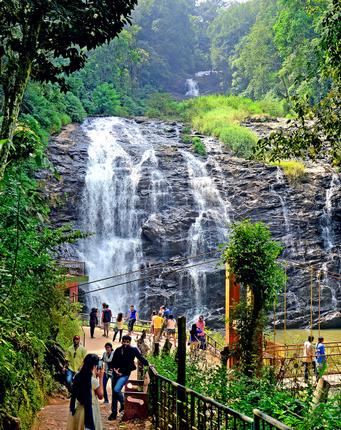