Do you know this men ? Find out who is he here 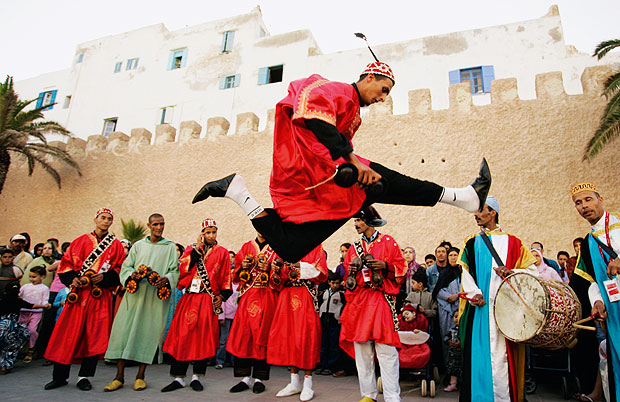 The Gnawa or Gnaoua are the cause of former black slaves from descendants of Black Africa (Senegal, Sudan, Ghana, Guinea ...) deported by the Arabs in the Maghreb. 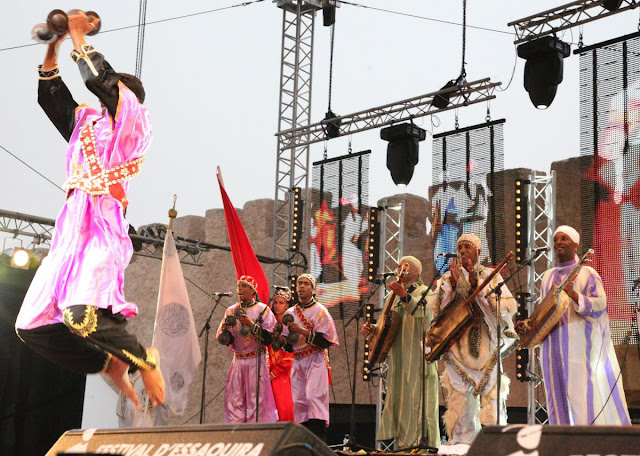 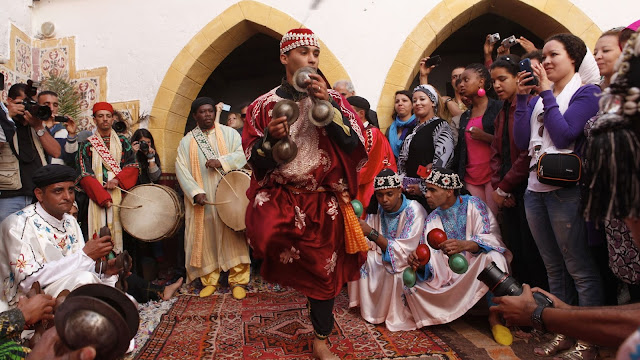 In fact, work on the cult of saints North Africans have attempted to identify the origin of the Amazigh community of free men and its ritual practices by exploring the origin of the word Gnawa. The explanation provided by Maurice Delafosse in 1924, remained for a long time the only etymological reference of the word and was adopted by generations of researchers. According to Delafosse, Berber term akal-n-iguinaouen which means land of the Blacks, gave birth to the words Guinea and Ghana, and subsequently the word Gnawa by phonetic similarity. Gnawa, would mean, by extension black man or the country from black men, that is to say sub-Saharan Africa. 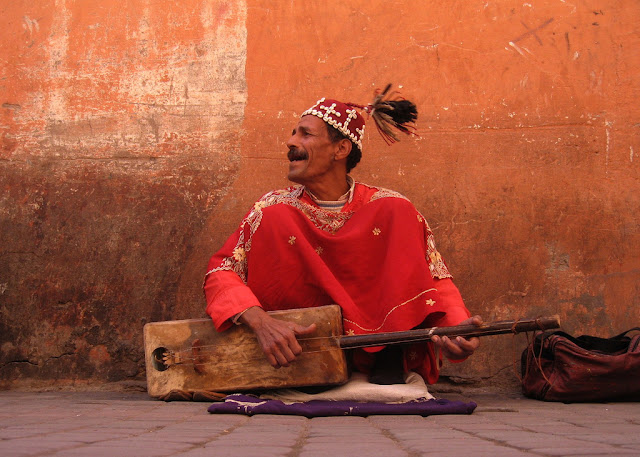 In Morocco, Gnawa, descendants of former slaves from sub-Saharan Africa (Mali, Sudan, ....), Practice around master musicians, instrumentalists (graqeb), showy (chouaafa), mediums and followers . Their main instrument is the lute-drum three strings: the goumbri (or hajhouj). On heady rhythms and sounds, trances place for hours. Women perform the guedra (strange dance of the south) of convulsive manner. The guedra is also the name of the drum that accompanies the dance. Women collapse on the last beat of music, body racked with spasms. During the dance, the men jump very high and seem to walk on hot coals when they are on the floor. The Gnawa have created a genre original mystical-religious, mixing dirk (remembrance of Allah) and madh (singing panegyrics). 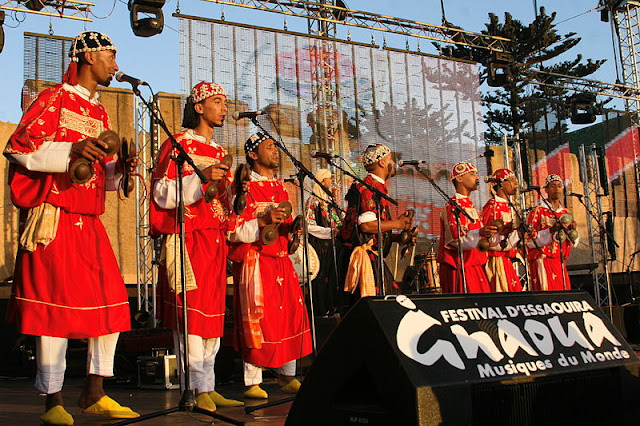 For reasons of financial opportunity, the Gnawa of Morocco (not all maalems that is to say musicians or masters of ceremonies) will come out of the ritual to present their music to a wider Moroccan audience, inspired partly troop of acrobats (which lend the Moroccan authorities) that can see particularly in Jemmaa el Fna square in Marrakech or in the Moussem (pilgrimages to marabouts). They will also develop and invent stunts (which are not part of the ritual) and enrich their attire (shimmering clothes and cap with a long tassel on which are sewn cowries).
Moroccan genre purists fear a distortion of style due to excessive commercial objectives, others applaud the interest of international artists for this genre of music that comes out of the Maghreb borders and providing gnaouas artists notoriety and international recognition and better financial prospects.

Do you know this men ? Find out who is he here