Mosques are places of worship for the followers of Islam. It’s here where devotees come to form a deeper connection with Allah (meaning God). There are strict laws, namely the Sharia Law, which distinguishes a Mosque from any other place of worship. In India, there are over 300,000 active mosques, which are more than in any other country of the world.

Many mosques were built in India during the Mughal Empire and hence the architecture of that period has greatly influenced the structures of many mosques. The art of Egypt, Persia and Turkey came handy to them, and after settling in India, the Islamic establishments were well-blended with the Indian ancient heritage. Below is the list of 6 splendid mosques in the land of India.

Jama Masjid was built by Shah Jahan, the fifth Mughal Emperor, in seventeenth century. It is situated in the Chandini Chowk area of OldDelhi. The mosque comprises three huge gates along with four towers and two minarets and in the centre are three domes. Just like other architectures developed under Shah Jahan’s tenure, Jama Masjid was made entirely of sandstone and white marble. It is said that around 5,000 workers were employed in the making of this majestic mosque.

This masjid is one of the largest and oldest mosques in India. The mosque was completed in the reign of the fifth QutbShahi Sultan of Golconda (now Hyderabad). The first bricks that marked the beginning of the construction of the mosque were brought from Mecca which is considered the holiest site of Islam. They were used in making the central arch of the mosque. Around 8,000 workers contributed in the making of this wonderful mosque which has a close resemblance to the Charminar.

The mosque was initiated in the reign of Bahadur Shah Zafar, the last Mughal Emperor of Timurid dynasty. However, due to the continued battles over the kingdom during that period, the mosque was not completed until 1985 when Imran Khan NadwiAzhari and Maulana Ali Sahab of Bhopal resumed the construction. It is one of the recent additions to the mosques in India and has three domes and two minarets. The flooring is similar to that of Jama Masjid constructed during Shah Jahan’s reign, whereas the main hall has many attractive pillars.

Asfi Masjid was built by Asaf-ud-Daula, the Nawab of Awadh, in the late eighteenth century. It was inspired by the Badshahi style, which reflects the ornamented Mughal design, of Islamic architecture and is made without incorporating any European element or iron. The main attraction in the mosque is the Bara Imambara, a shrine built by Shia Muslims. Rice husk is used to make the roof of the Imambara which makes the building a unique one in its own ways. 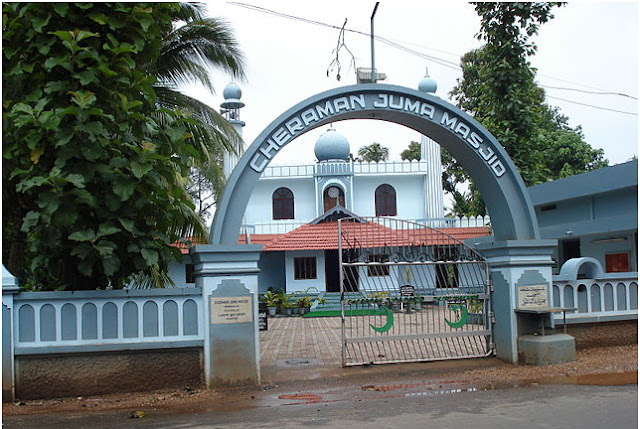 And this is the first ever mosque built in India back in the seventh century by Malik Bin Deenar, an Arab propagator of Islam. The place has been used for various purposes since its establishment. The mosque has an oil lamp which is always burning and is supposed to be over thousand-year-old. The structure of the mosque is very primitive and is renovated time and again; however, the fact that it marked the beginning of a new influence makes it a very special one.

This mosque was also built by Shah Jahan in the middle of the seventeenth century and was dedicated to his favorite daughter. In comparison to the mosque in Delhi, the one is Agra was very simple and mostly made of red sandstone with a little carving done in white marble. It is located in the center of the city of Agra and is famous for its geometry and symmetric structure.
There’s no idle way to show your devotion to God, but these mosques were a way to bring Allah closer to one in their day-to-day chores. Indeed, the mosques are sights of contentment for some and beauty for others.
Author Biography:
Rohit Agarwal is a travel blogger and an architect. His love for both natural and man-made structures around the world and India take him to the most beautiful and unique locations. He shares his travel experiences at transindiatravels.com.