We  talk about Scotland and far off foreign lands when we talk about spirits. Be it vodka, whiskey, rum etc. Many doesn’t know that our country has a wide array of native Alcoholic Beverages which we collectively tag as ‘desi’. As we’re giving emphasis on ‘make in India’, when you get high this year end and welcome the new year with your close ones just think about opting some exotic Indian Alcoholic Beverages. Which may not sound or name as cool as the foreign ones but they won’t disappoint you either.

This Indian beverage is almost synonymous with our festivals especially holi. It’s a tradition to drink Bhaang on shivratri. Bhaang is consumed along with Thanda, lassi or added to sweet food items like Gujiyaas. Popular all over India, it is prepared from cannabis in the form of paste and added to a mixture of milk, ghee and spices, and is utterly delicious. Well you just need it as a coolant in the hot weather of our country, but take a note while having it as it depends on the amount of it added to your food or beverage.

Handia, a rice beer, is a traditional drink made in Bihar, Chhattisgarh, Jharkhand, Odhisa and Madhya Pradesh. It is made from Ranu tablets, a combination of 20-25 different local and exotic herbs, mixed with the water left after boiling rice and left to ferment for about a week or so. The alcohol content of this drink is quite low, so it’s a safe bet for light drinks. It is popular among the laborers who work in the quarries and tea gardens of eastern India which helps them sleep and sedate their aching body after a tiring day of physical effort. Moreover it’s very easy to make at home with nominal ingredients.

The Indian Alcoholic beverage which is illegal as it contains industrial alcohol sometimes containing methanol which is poisonous and can even cost ones life. It’s made all over India by fermenting rice and then distilling it. As its illegal and harmful lets not talk much about it.

Native to Goa, it has two varieties one is feni and another toddy. It is made from the juice cashew fruit by smashing them followed by fermentation and distillation. A country liquor available only in Goa state has it’s characteristic smell. The name feni has come from phena(froth) a Sanskrit word. It contains approximately 15% alcohol which is quite high. Coconut feni is distilled from fermented toddy from the coconut palm. Sap is collected after which a very delicate process is followed till distillation. Coconut feni is produced only in South Goa.

From Arunachal Pradesh and parts of Assam,  this is again a beer made from fermented rice and keep in bamboo tumblers. It is popular among the nyishi tribes from arunachal pradesh.

Chhaang or tsongba,  this drink is made in Sikkim, Nepal and parts of Himachal Pradesh. It is made from millet, barley and rice, which is fermented after adding boiling water to the millet flour and kept in bamboo barrels. It is called tsongba in Nepal.

Arrack is a distilled alcoholic drink typically produced in South Asia and Southeast Asia, made from either the fermented sap of coconut flowers, sugarcane, grain (e.g. red rice) or fruit, depending upon the country of origin. The clear distillate may be blended, aged in wooden barrels, or repeatedly distilled and filtered depending upon the taste and color objectives of the manufacturer. Arrack is not to be confused with arak, an anise-flavored alcoholic beverage traditionally consumed in Eastern Mediterranean and North African countries.

Palm wine is an Indian alcoholic beverage created from the sap of various species of palm tree such as the palmyra, date palms, and coconut palms. Typically the sap is collected from the cut flower of the palm tree. A container is fastened to the flower stump to collect the sap. The white liquid that initially collects tends to be very sweet and non-alcoholic before it is fermented. An alternate method is the felling of the entire tree. Within two hours, fermentation yields an aromatic wine of up to 4% alcohol content, mildly intoxicating and sweet. The wine may be allowed to ferment longer, up to a day, to yield a stronger, more sour and acidic taste, which some people prefer. Palm wine may be distilled to create a stronger drink.

It is native to Maharashtra. A famous alcoholic beverage consumed by locals during occasions. It is very high on alcohol and prepared by fermenting Mahua flowers. 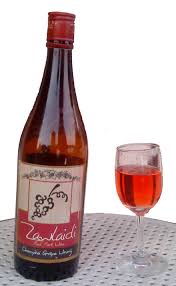 Zawlaidi means ‘love potion’, Zawlaidi is a grape wine produced in a small village Hnahlan, in the Champai district of Mizoram. As smooth as it may taste, this wine is also very high on alcohol. It is among the best country made liquor made in our country. The industry is slowly but steadily making its footprint in the global word market. So before it gets a brand name and becomes expensive you should definitely give it a try.

We can see here that how diverse is our country when it comes to the types of beverages or options of getting a booze. These beverages have their recipes which are centuries old being passed generation after generation. This can also be accounted as one of our country’s heritage of making alcoholic beverages some almost from the harappan era. And have you noticed that rice is the most common ingredient in most of them. Tell us what do you think about this. Keep exploring new places with wiwigo. Lets end our journey of exploring Indian alcoholic beverages with a  big cheers.

Wish you all a very happy and prosperous new year ahead.

12 Pictures that sum up the year 2016 for every Indian

Subscribe to Wiwigo Blog – Tour, Travel And The Lifestyle Tha