Just admit it: You like a good dose of the macabre. You put out spooky decorations every Halloween, you love horror films, and you have a hidden collection of vampire novels. You don’t have to be ashamed—most people enjoy the thrill of a good scare. The macabre and the scary often are what makes a place the most interesting.

Discover the Magic of Venice in Novem…
Assiette S Porcelaine de Limoges déco…
Impulse Control Activities For Kids: …
Why I Chose to Be Vaccinated Against …
First Sounds From Mars Captured By NA…

Still feels wrong to admit that you’d rather travel to Paris to see the haunted stuff than the Eiffel Tower, doesn’t it? Aren’t you supposed to spend your time taking snapshots of the Bridge of Love or something? Well, you’re in luck, because the Eiffel Tower is haunted, and so are quite a few other places in Paris. There’s something for everyone in the City of Light, even those that prefer things on the dark side.

Here is the ten ”must visit” Paris attractions that you don’t want to miss:

The Catacombs of Paris

You step out of the metro stop at the bustling Place Denfert Rochereau, and you’ll have no idea you’re close to the biggest graveyard in the city. (Although the name is a clue: “enfert” means “hell” and the area used to be called “Place d’Enfer.”) Part cemetery and part museum, the Catacombs are not for the faint of heart. You’ll have to travel down a winding stone staircase into the damp, dimly-lit tunnels underneath the city. The Catacombs house the bones of an estimated six million people unearthed from cemeteries in previous centuries and laid to rest in abandoned mines. Eerie yet artistic. 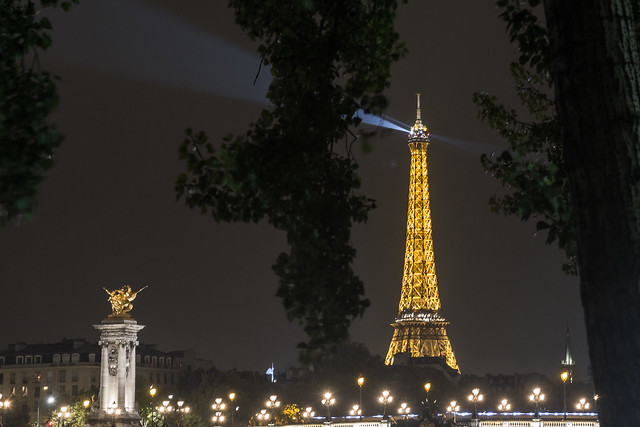 Think this famous attraction is just for lovers? Think again! Like all good places in Paris, the tower has its ghosts. (Tragically, the tower has seen countless suicides and suicide attempts.) One story goes that a young man proposed to a young woman (all right; they were lovers) at the top. All stories agree that the girl said ‘no’ but reports conflict as to whether she jumped off or was pushed after her refusal. It’s said that you can still hear the ghostly screams of her falling in the evening hours. Take the lift up to the top and listen close. 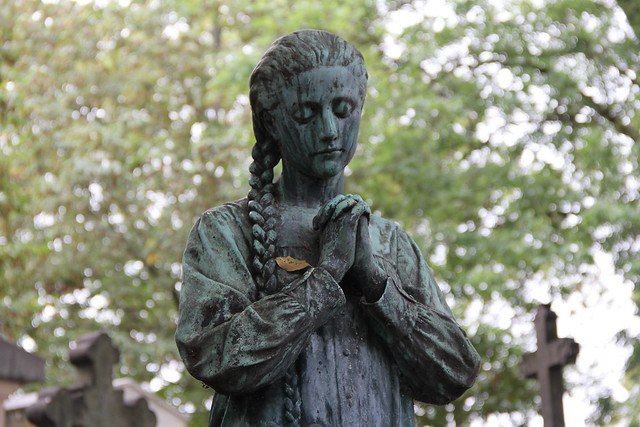 The most famous cemetery in Paris, and possibly the world, it covers over 100 acres and has over a million people interred in it. The cemetery contains the remains of such notables as Oscar Wilde, Édith Piaf, and Jim Morrison, among many others who contributed to Paris’ rich history. People even say that you can see the former Doors’ singer hanging out near his grave. 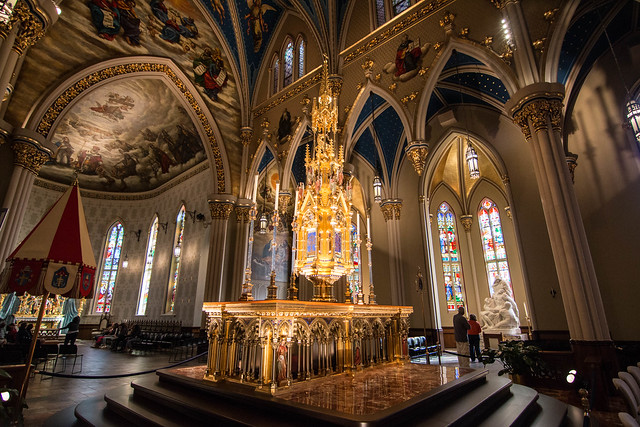 Most churches probably get a ghost or two, but Notre Dame is chock-full of them. The hunchback (of Victor Hugo and of Disney fame) isn’t real, but there were many colorful characters involved in its 200 years of construction. If you won’t come for the stunning architecture, come for the crypts. You can take a tour of the old burial ground beneath the cathedral. 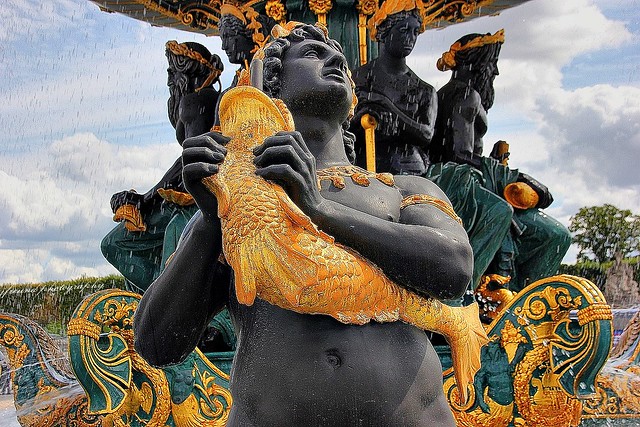 Formerly known as Place de la Revolution, this square was the site of many of the executions during the French Revolution—including the beheadings of Louis XIV and Marie Antoinette. The guillotine was retired to a police station (in fact; the guillotine has been completely retired as a method of punishment in France), but there are still fascinating sites in the square. Check out the 3,000-year-old obelisk gifted to France by Egypt. 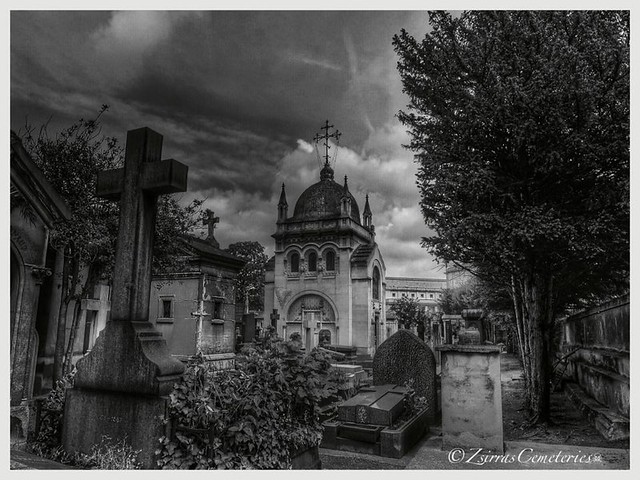 This site, one of the three largest and most famous cemeteries in Paris, has quite a few famous bodies, not to mention countless claims of ghost sightings. Of course, some people say it’s just a nice place to get out of the bustle of traffic and take in the view of the Eiffel Tower. Your mileage may vary. 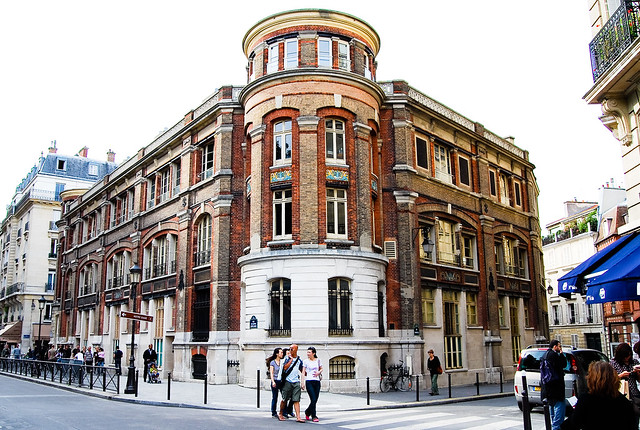 The story of Sweeney Todd is based on an older story that took place right here in the heart of Paris on the Ile de la Cite. A murderous barber occasionally killed his clients and gave the bodies to the baker next door, who fashioned them into meat pies. The police were tipped off to the scheme by a loyal dog who refused to leave after his owner disappeared from the barber shop. Both shops were burned down after the two men were caught, because when it comes to punishing crime, apparently there’s no such thing as too much. 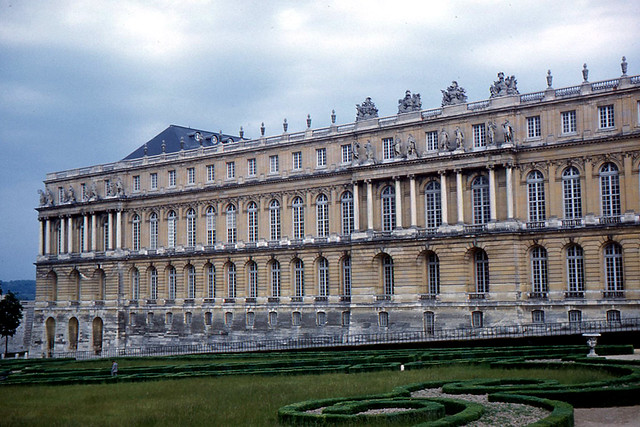 Located just outside the city of Paris, Versailles is an easy day trip to make, and there are several ways to get there including by bus with a tour guide. Versailles Palace (which is known in France as the Chateau de Versailles) was the home of the royal family before the French Revolution. The chateau has collected stories of numerous ghost sightings over the years, including Marie Antoinette herself. A stroll through the majestic halls and lavish gardens might leave you feeling a little cold and spooky. 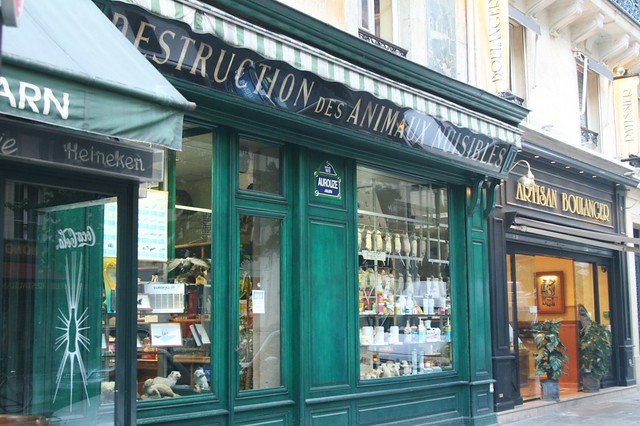 Made famous in a scene in the Pixar film “Ratatouille,” this pest control shop hangs the bodies of dead rats in the front window to advertise their services. Some of them date back to 1925, and the rats are often displayed hanging from ropes or even still cleverly caught in some of the shop’s traps. It’s incredibly creepy. All we can say is: there have got to be better ways of advertising. 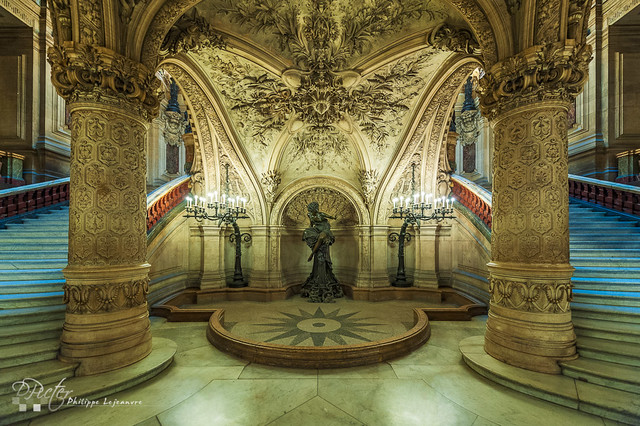 The opera house in Paris famed for the “Phantom of the Opera” story exists. There are real underground passageways, although they keep the underground lake contained in a tank (engineers proved unable to stop the water from bubbling up underneath the opera house). There was a man named Erik who suffered from deformities who frequented the place, and a real chandelier fell and killed someone. I am not saying the story is true. Just saying.