Tags: cave fourth cave
January 7th 2014
View original
Jacob's Well : one of the most significant natural geologic treasures in the Texas, It is one of the longest underwater caves and one of the most dangerous places that kills many divers 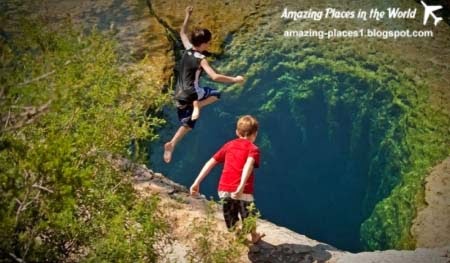 When I asked my friend what he thinks about this well, he replied: "Write what Hitler vain expended fire again have such a beautiful natural well." I know it's not very politically correct joke, but still, I'll leave it here :)
In the North American state of Texas, in the town of Wimberley, is a huge artesian spring having a lens diameter of 4 meters. Water flows on the surface of one of the most extensive underwater cave systems located throughout the state. The water here is so clear that when you jump into the water from the cliff is a feeling that people just flies in the empty space.
This natural object is called Jacob's well. Well named for the biblical hero. it has a depth of about ten meters. On its bottom there are endless offshoots difficult octopus. It is said that before the end of these numerous underwater caves have not been studied. Eight divers tried to explore the underwater passages Jacob's well absorbed abyss, they died.
But at first glance looks like Jacob's well to the usual safe pool of natural origin, whose waters flow into the creek Cypress Creek. Well has four caves, which are considered the most dangerous place of the object.
The first cave is located at a depth of 30 feet and ends at 55 feet. Cave well enough sun rays illuminate, there are many fish and algae.
The second cave is located below the first - at a depth of 80 feet. It has a very narrow entrance, which becomes for divers this trap. It was there that killed a student from Texas Richard Patton. 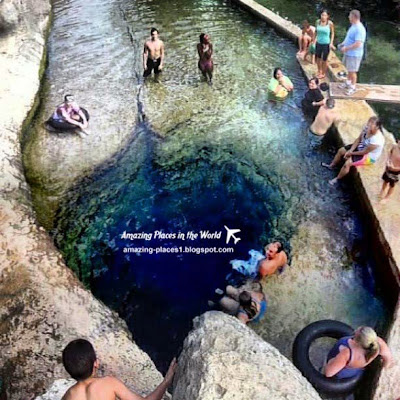 Second cave connects with a third small opening filled with gravel.
The Fourth Cave just do not squeeze. Few who saw it from the inside, not by chance it is called virgin cave. Inside the cave there appeared lots of limestone. 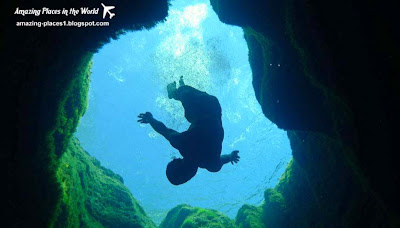 Small opening with loose gravel leads from the second to the third cave. Get into the fourth cave unable units only, so it has the original name Virgin cave. At the bottom of the fourth cave are limestone formations that make the water turbid from the lightest touch. Raised with her bottom limestone gives divers find a way out of the cave maze. 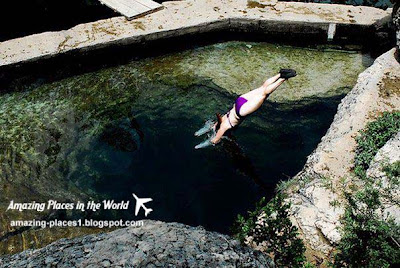 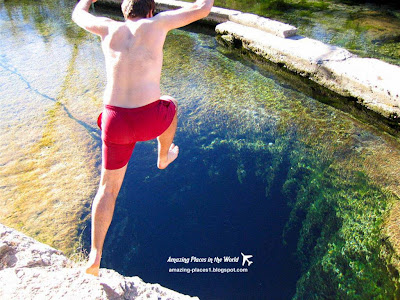 Path to the fourth cave is even more difficult it is practically nobody saw. Therefore, the fourth cave gave the characteristic name Virgin cave . At the bottom of the cave is a virgin limestone, stirred up, which you can not find a way out of the cave and get stuck there forever. 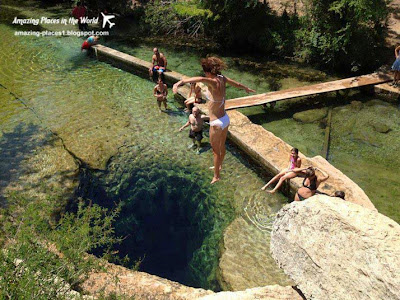 This is a new video at our Youtube Chanel Amazing Places , In this video you can see Dipping into Jacob's well Texas
Despite the danger posed by the Jacob's well, here is constantly visited by tourists. Jacob's well attracts many scientists, artists, divers. Interested not afraid notoriety source, and the fact that this source is the essence of life, which creates clean water Well as it represents the essence of life, creating a perfect purity, and every day, and over the millennia.

Globe’s tower builds on track; secure…
A Pre-Christmas Christmas Card
Adam Lawson interview I The EIGHTH, u…
I Don’t Like Where This Is Headed
Red Hot Chili Peppers – Californicati…

Are Press Releases Dead? 6 Tips to Rethink Your Approach