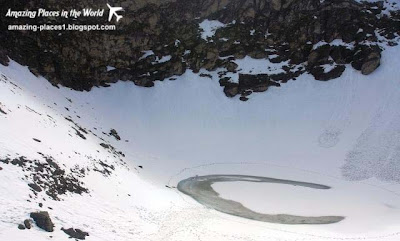 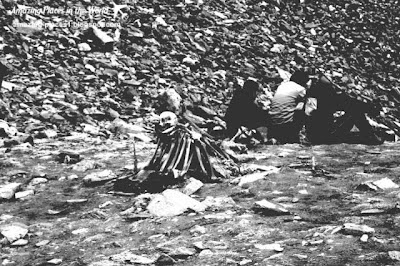 1. Lake was sent to a team of researchers to find out the origin of skeletons. 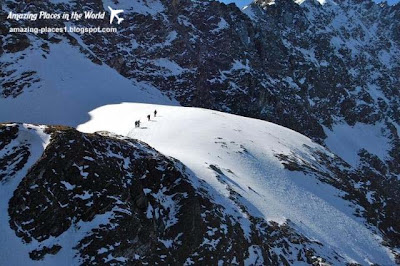 2. It is assumed that in the lake lie the remains of Japanese soldiers. 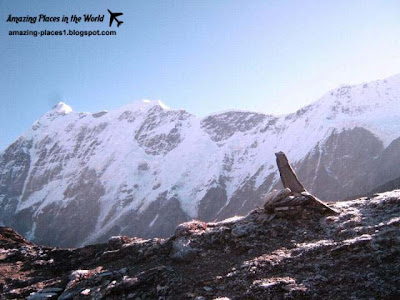 3. Recall that in a strange discovery was the Second World War. 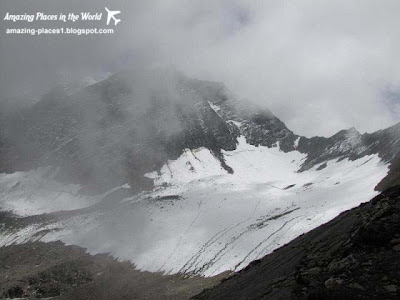 4. The British have suggested that this is some clever military maneuver the Japanese army. 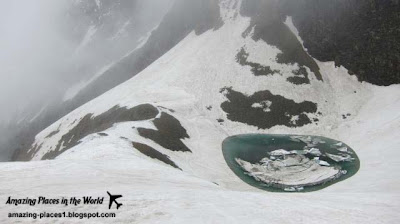 5. But when a group of scientists arrived on the scene, the version has not been confirmed. Found human bones were clearly over. 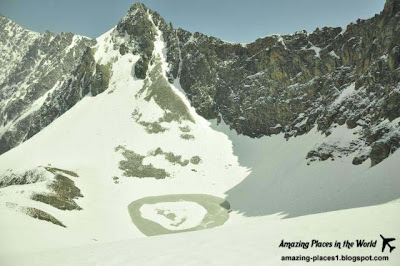 6. Scientists at the initial examination suggested that the skeletons held in the glacier for about five centuries. 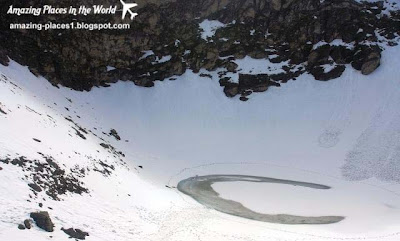 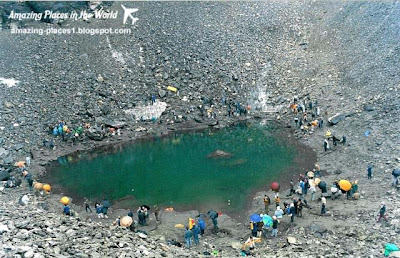 8. But in 2008, a more detailed study of the remains was made by the new sensational conclusion - the skeletons of about 1100 years! 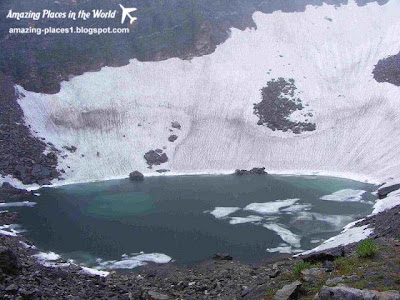 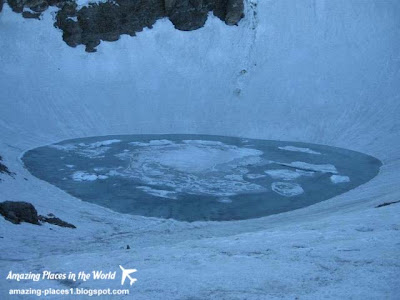 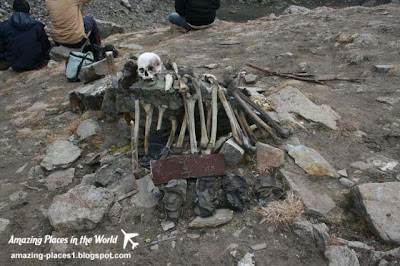 11. The cause of the death of so many people, researchers can not accurately be called. 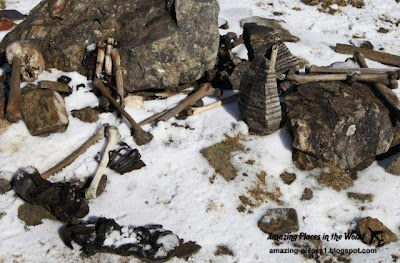 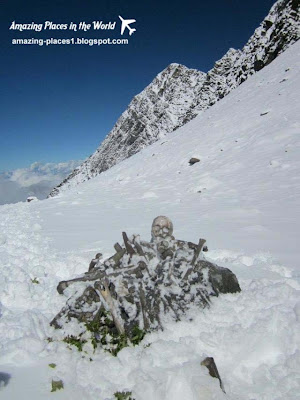 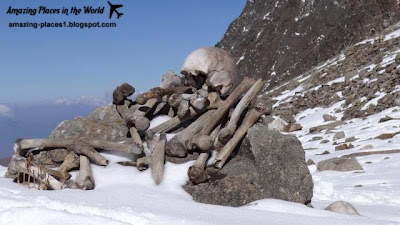 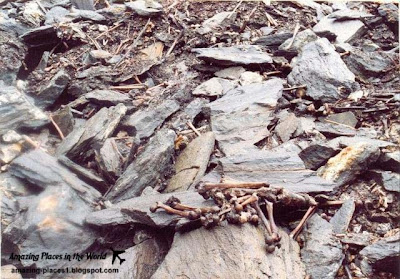 15. Judging from the characteristic holes in the majority found the skulls reason was unprecedented size hail. 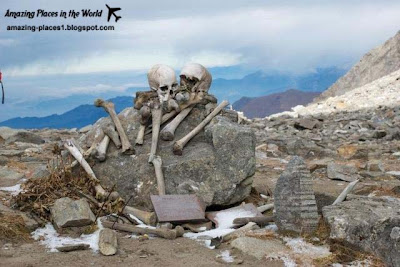