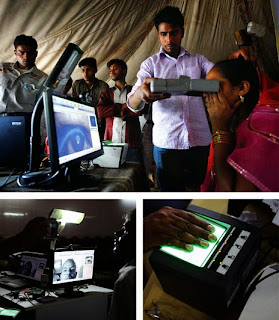 MAHBUBNAGAR: All Railway Stations in the country will be provided with biometric devices at the entrance gates to ensure the safety of passengers, Union minister of state for railways K Suryaprakash Reddy said in Mahbubnagar on Monday.

After inspecting the Jedcherla and Mahbubnagar railway stations, he said passengers' safety is a prime concern for the Indian railways. He said escalators will also be provided at all main railway stations in a phased manner.

He said another train will be introduced between Kurnool and Hyderabad, like in the existing Tungabhadra train. He said nearly Rs 1,023 crores and 23 new trains were allocated to the state during this year for the development of the state.

The minister also said a foot over bridge would be constructed at the Jedcherla railway station. He assured passengers that the need for a halt of Yashwanthpur express would be looked into.

How much does a home inspection cost …
Things to Do in New York City This We…
Xavi gives 2 reasons why Ansu Fati di…
Xiaomi Opens its First Authorized Sto…
What are Defibrillators?


This post first appeared on Indian Railways, please read the originial post: here
People also like
How much does a home inspection cost in Alabama?
Things to Do in New York City This Weekend
Xavi gives 2 reasons why Ansu Fati didn't start vs Real Sociedad - one has to do with Ferran
Xiaomi Opens its First Authorized Store in Nigeria
What are Defibrillators?