The true value of existence is revealed through compassion. – Dalai Lama

The 14th Dalai Lama was born on July 6, 1935, with the name Lhamo Thondup. He took power in the year that the People's Republic of China invaded to "liberate Tibet from British imperialism" - at the tender age of 15.

A search party was sent to locate the new incarnation when the Lhamo Thondup was about two years old. Apparently, the head of the embalmed body of the thirteenth Dalai Lama, which had been previously facing south-east, had turned to face the northeast, which indicated the direction in which his successor would be found.

The Regent, Reting Rinpoche, shortly afterwards had a vision at the sacred lake of Lhamo La-tso. This made Amdo the region to search. In particular, they were to look for a one-story house with distinctive guttering and tiling. After extensive searching, the Thondup house, with its features resembling those in Reting's vision, was found.

On the other hand, the Chinese Muslim General Ma Bufang did not want the 14th Dalai Lama to succeed his predecessor. Ma Bufang stationed his men to place the Dalai Lama under effective house arrest, saying it was needed for "protection", refusing to permit his leaving to Tibet. He did all he could to delay the transport of the Dalai Lama from Qinghai to Tibet, by demanding 100,000 Chinese silver dollars.

Lhamo Thondup was recognised formally as the reincarnated Dalai Lama and renamed Jetsun Jamphel Ngawang Lobsang Yeshe Tenzin Gyatso, which means Holy Lord, Gentle Glory, Compassionate, Defender of the Faith, and Ocean of Wisdom. He was not formally enthroned as the Dalai Lama until the age of 15; instead, the regent acted as the head of the Kashag until that time.

In 1950, at the age of 15, Tenzin took the reins of government as the 14th Dalai Lama. In October of that year, the People's Republic of China invaded Tibet. In 1954, the Dalai Lama went to Beijing for peace talks with Mao Zedong and other Chinese leaders.

However, in 1959, continued suppression of the Tibetan people by Chinese troops led to the Tibetan Uprising of 1959. At the same time, the People's Republic of China considered the Dalai Lama to be a symbol of an obsolete religious movement, not in line with communist philosophy. The Dalai Lama and his closest advisers believed the Chinese government was planning to assassinate him. Finally, the Dalai Lama and several thousand followers fled to Dharamshala in northern India and established an alternative government there.

In September 1987, the Dalai Lama set forth the Five Point Peace Plan for Tibet as a step in a peaceful solution to reconcile with the Chinese government and end the humanitarian situation there. The plan proposed that Tibet would become a sanctuary where enlightened people can exist in peace and the environment can be preserved.

The Dalai Lama requested talks between Chinese representatives and representatives of Tibetans that would lead to a self-governing democratic political entity for Tibet. The entity would be associated with the People's Republic of China, and the Chinese government would be responsible for Tibet's foreign policy and defense.

The Dalai lama has written numerous books and conducted hundreds of conferences, lectures and workshops at major universities and institutions throughout the world, discussing engaging in wisdom, compassion and, more recently, environmental sustainability. Unlike his predecessors, the Dalai Lama has met with many Western leaders and has visited the United States, Europe, Russia, Latin America and many countries in Asia on a number of occasions. Known as an effective public speaker, the Dalai Lama is often described as charismatic. His message is always one of peace and compassion for people all over the world.

He has made numerous appearances at interfaith services and has met with several heads of other religions, including Pope John Paul II; Dr. Robert Runcie, the Archbishop of Canterbury; Gordon B. Hinckley, the president of the Church of Jesus Christ of Latter-day Saints; and Patriarch Alexius II, of the Russian Orthodox Church.

In 1989, the Dalai Lama was awarded the Nobel Peace Prize for his nonviolent efforts for the liberation of Tibet and his concern for global environmental problems.

The Committee stated, "The Committee wants to emphasize the fact that the Dalai Lama in his struggle for the liberation of Tibet consistently has opposed the use of violence. He has instead advocated peaceful solutions based upon tolerance and mutual respect in order to preserve the historical and cultural heritage of his people." 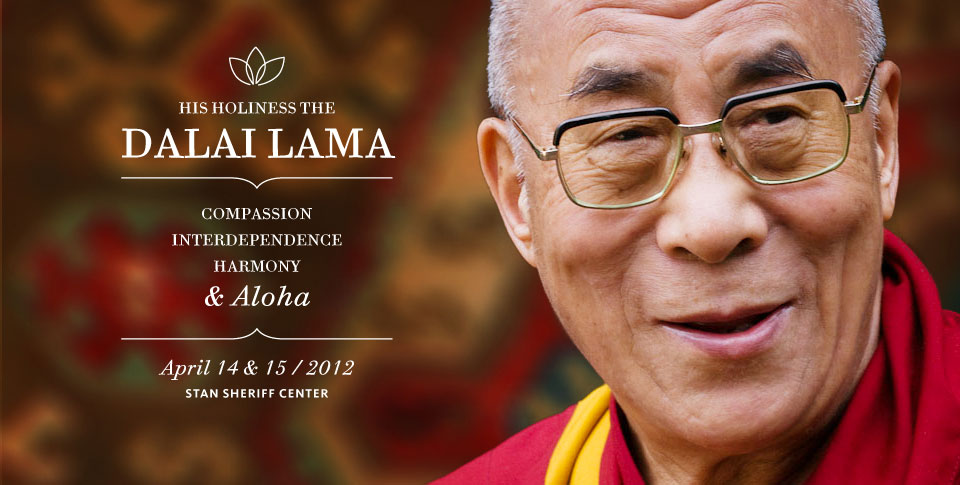 In the run-up to the 2008 Beijing Olympics, unrest broke out in Tibet in anticipation of media attention and increased repression by the Chinese government. The Dalai Lama pleaded for calm and condemned Chinese violence. This was met with frustration by many in Tibet, who considered his comments ineffective, and allegations by the Chinese that the Dalai Lama incited the violence—an accusation that he strongly denies.

On March 10, 2011, on the 52nd anniversary of his exile from Tibet, the Dalai Lama announced that he would give up his role as Tibet's political leader. He said the decision came from a long-held belief that the Tibetans needed a freely elected leader.

More recently, the Chinese government alleges that he is a separatist and a traitor for advocating Tibetan self-rule, and a terrorist for inciting Tibetan rebellion.

But what is your opinion on this matter? Is the Dalai Lama correct?