Driving Through The Thick Of It

This isn't a storm: 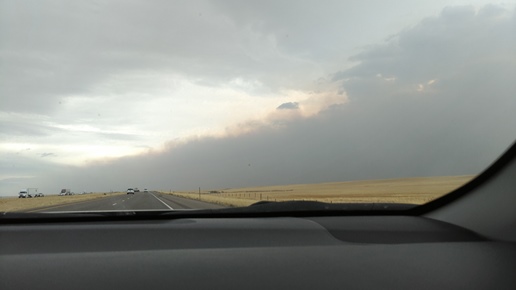 From a far-off distance my wife and I both thought we were approaching another storm as we traveled across southeastern Wyoming this past Saturday. Earlier that morning we had left Grand Teton National Park for our long drive home. We knew a few storms were passing across the state. The night before winds from an approaching front howled over our condo near Teton Village. The next morning saw thick fog and rain throughout the mountains. 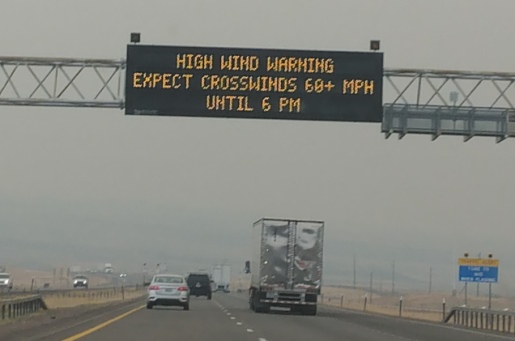 After seeing several warnings along the highway regarding high winds in the area, I began to suspect that maybe we were witnessing a major dust storm. However, as we approached Laramie, it became clear that what we were actually seeing was thick smoke pouring out of the Medicine Bow Mountains just east of town. This was confirmed as we got to the outskirts of town when we could smell the smoke, a result of the Mullen Fire, now listed as being 78,000 acres in size. 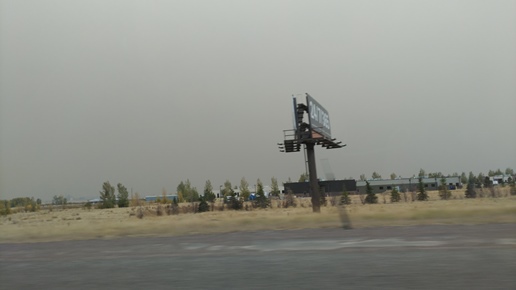 Due to extreme winds that day, thick smoke was blowing directly eastward, which meant it followed along the I-80 corridor from Laramie to well-past Cheyenne. As a result, we drove through smoke for more than 75 miles. We later learned that the wind-driven fire forced authorities to issue evacuation orders for both residents and recreationists in the mountains. 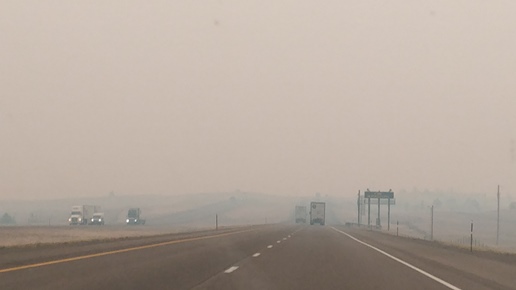 Although driving in the smoke for that long was pretty bad, the favorable winds throughout most of the day resulted in almost 4 more miles per gallon to our gas mileage!

Driving Through The Thick Of It