Grand Teton National Park’s 2017 Visitation set a record for the fourth consecutive year. The Park received over 4.9 million total visits, a 3 percent increase from the previous record set in 2016. Visitation reached monthly records in June, August, September, and October. August, which included the total solar eclipse viewable from throughout the park, had 65,000 more visits than the previous record August of 2015. 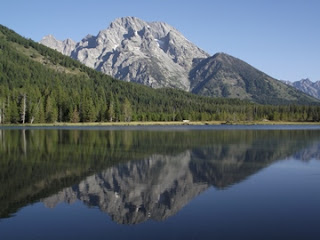 The busy year for the park was highlighted by the total solar eclipse on August 21. The park saw a significant increase in visitation on the days leading up to the eclipse, as well as the day following the event. Park managers estimate the long weekend was the busiest period in the park’s history. Park concession-operated campgrounds were near capacity, and for the first time in park history, all backcountry permits were issued for three days straight.

Visitation numbers are derived from traffic counter data. The numbers recorded by these counters are run through an algorithm to determine an estimated visitation number. The methodology has been consistent since 1992, which allows park managers to compare visitation levels from year to year.