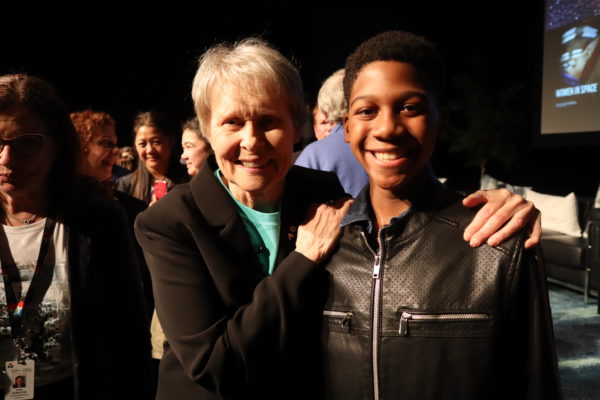 She cracks jokes, fist bumps and manages to work neurology into any answer given. Three of the reasons I fell hard for Dr. Roberta Bondar. Oh, and she was the first Canadian woman (and first neurologist!) to ever go to outer space! Pictured here with a very impressed Cameron Davis.

Fun Things to Do in Toronto: The Ontario Science Centre

When a neurologist has you laughing so hard you almost spit out your Sprite, you know a panel discussion is going to be great. And that’s exactly what happened at the launch of two new exhibits at the Ontario Science Centre last week.

Out of this world adventures

This year marks the 50th anniversary of the Apollo 11 mission that took American astronauts Buzz Aldrin and Neil Armstrong (as well as families around the world watching on TV screens at home) to space. Fun fact: Michael Collins is the man who was next closest to the planet on that fateful day. He went to outer space with the famous duo but he never set foot on the moon thanks to his role as the driver of the Command Module.

It also marks the 50th anniversary of the Ontario Science Centre. And to mark the occasion the spot synonymous with growing up in Toronto has two new exhibits that celebrate the men and women who continue to explore the great unknown of space.

Fun Things to Do in Toronto: Women in Space Exhibit 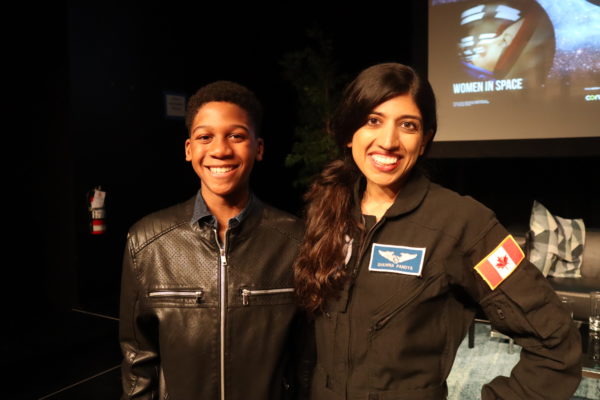 “There is a place for everyone in science. If you’re an educator, artist, communicator…there’s a role for you.” ~ Shawna Pandya, Physician and Citizen Scientist Astronaut candidate

The Women in Space exhibit highlights women from Canada and around the globe who have made an impact on space exploration. At the launch event last week three of those women shared some insights into the field and offered guidance to young aspiring space explorers. 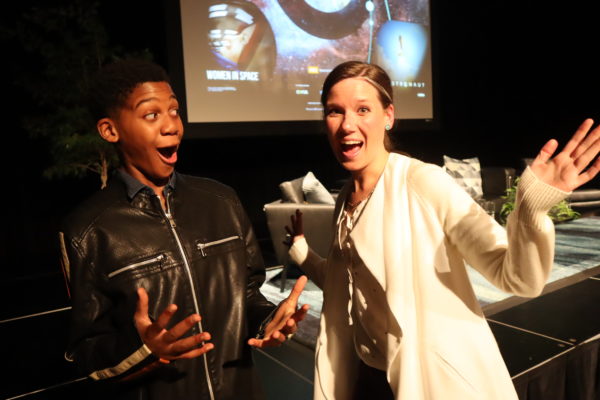 “Don’t be afraid to go outside your comfort zone.” ~ Natalie Panek, Aerospace Engineer

The discussion is especially timely in light of recent NASA mishaps that resulted in a botched attempt at an all-female space flight crew. Quipped Bondar to the group, “We have people working on spacesuites that don’t understant that the “M” isn’t for men and the “L” isn’t for ladies.”

Fun Things to Do in Toronto: Astronauts Exhibit 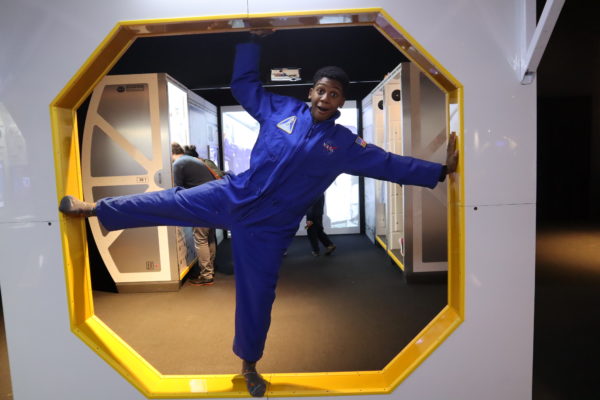 There is no doubt that the Astronauts exhibit is going to be a huge hit with kids and adults alike. With opportunities to don space helmets and suits, explore a replica space station and train like an astronaut, it took all my cajoling to get my 14-year old out of the exhibit. 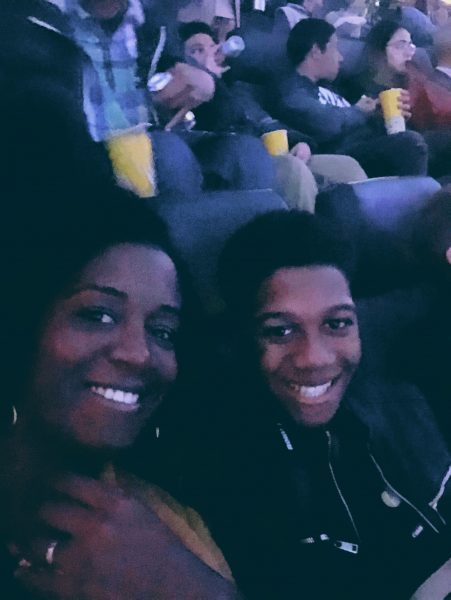 And the fun doesn’t stop there. The new Imax film Apollo 11: First Steps Edition was a pleasant surprise. If you’re like me, you’ve probably seen the footage of those first steps onto the moon’s surface many times. I truly didn’t expect to be impressed by yet another film (and one with neither Tom Hanks nor Ryan Gosling making an appearance) about that historic moment.

This film changed my mind. The film takes the real-life moments of humankind’s first steps on the moon – from preparation, through liftoff, landing and return – and through never-before-seen 70mm footage and audio recordings allows for a “we’re all in it together” experience of that historic time. Ben Feist, NASA software engineer and Apollo program historian, explained before the premiere that his team had to painstakingly reconnect audio and video footage. Knowing that as you watch the movie only makes it that much more incredible. The result is mesmerizing and both Cameron and I were glued to our seats. 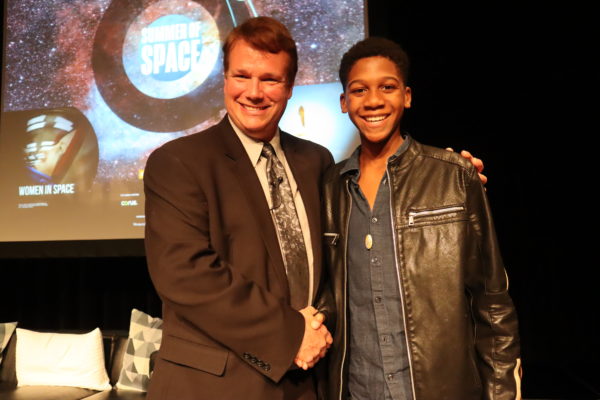 Neil Armstrong’s son Mark spoke of his family’s attempts to keep the kids’ lives normal amidst all of the excitement.

What else is on…

Along with the Summer of Space Exhibitions, keep an eye out for Mindworks which launches in September and save time to visit Inventorium 2.0 Exhibition (the hands-on science fun) which is on now. For a full list of exhibits and events click here.

The combination makes for all you need to have a summer filled with fun things to do in Toronto! Will you make the city a part of your 2019 summer plans?