Alert!! Don't make a "Fool" of yourself this December when in Costa Rica! 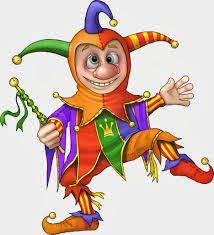 Are you a fool most days, just on April fool’s Day, or surprise!.... you could be proven a fool while in Costa Rica late dates in December! December 28th in Costa Rica is “Dia de Los Inocentes” (Day of the Innocents), commonly considered “Fool’s Day”, which to us North Americans is customarily celebrated on April 1st, also commonly known as April Fool’s Day in the United States.

Will you fall for any pranks or jokes on December 28th? Will you get caught off guard?? Costa Rican’s love to pull off large and small pranks on their friends and family on this yearly day of tom-foolery is a yearly event. Everything from the simplest of jokes, to the common gesture of putting a sign on your back that might reads “kick me” or “looking for love”, to more vulgar jokes such as wrapping dog poop in toilet paper, lighting it on fire and waiting for the nearest “Innocent” to stomp out the fire, or another favorite in our humid climate, leaving a melting chocolate candy on someone’s seat so when they sit down, it later looks like they pooped in their pants when they rise. All pretty funny, as long as you are not the innocent fool that the prank gets pulled on!!

The history of “Dia de Los Inocentes” dates back some 2000 years. The origin of the “Day of the Innocent Saints” is very different

in modern times from it’s previous inception as the day in which there was a slaughter of all male children of 2 years or younger. Ordered by King Herodes, he was voted King of the Jews by the Roman Senate, and was considered the Roman Client King of Israel. Not to be confused with his son, Herod Antipas, also of the Herodian dynasty, the elder Herod is known for his colossal building projects in Jerusalem and other parts of the ancient world, including the rebuilding of the Second Temple in Jerusalem, sometimes referred to as Herod's Temple. He was described as "a madman who murdered his own family and a great many rabbis.” Herod is reported in the Gospel of Matthew as personally ordering the Massacre of the Innocents. Most recent biographers do not actually regard this as an actual historical event, though the legend lives on and scripture has been found that could support the legend.

According to Matthew, shortly after the birth of Jesus, Magi (the three wise men) from the East visiting Herod to inquire as to the whereabouts of "the one having been born king of the Jews", as they had seen his star in the East and therefore wanted to pay him homage. Herod, who himself was considered King of the Jews, was alarmed at the prospect of a newborn king possibly usurping his rule one day. In the story, Herod assembled the chief priests and scribes of the people and asked them where the "Anointed One" was to be born. Their answer, Bethlehem. Herod then sent the Magi to Bethlehem, instructing them to search for the child and after finding him, to "report to me, so that I too may go and worship him". However, after they had found Jesus, the Magi were warned in a dream not to report back to Herod. Upon realizing that they would not communicate the exact location of the birth of Jesus, an infuriated Herodes ordered the massacre of all boys two years and under in Bethlehem and its outlying areas.

In regards to the Massacre of the Innocents, although in reality Herod was certainly guilty of many brutal acts, including the killing of his wife and two of his sons, no other known source from that period makes any references to such a massacre. Since Bethlehem was a small village, the number of male children under the age of 2, would probably not have exceeded 20 or so. This could be one of the reasons for the lack of other sources for this questionable account of history, although Herod's order in Matthew 2-16 includes those children in Bethlehem's vicinity meaning the massacre area could have measured a significantly larger amount numerically and geographically more in the area of some 14,000 children. The infants, known in the Church as the Holy Innocents, have been claimed as the first Christian martyrs.

How this turned into an annual celebration of trickery remains a mystery throughout the country. It is said that during the Middle Ages, pagan rites were introduced in to the celebration that for some time came to be known as the “Celebration of the Crazy People” (“Dia de Los Locos”). 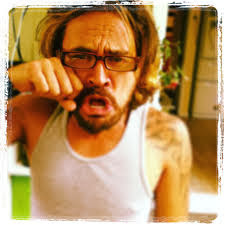 It was celebrated between Christmas and New Year, a direct show of the significance of Jewish and Christian sentiments during the holy season. Out of this shift in sentiment, over time a new tradition began that combined the underlying pagan sentiment with and the light hearted Christian monks teachings, with the main purpose of the day being the moment to pull all types of pranks on unsuspecting family and friends. Pranks are known as “inocentadas” and their victims are called “inocentes”, or alternatively, the pranksters are the "inocentes" and the victims should not be angry at them, since they could not have committed any sin. It is still not understood how such a morbid historical event could be converted over the centuries to celebrate a completely opposite sentiment and will likely remain a mystery to all.

So if you find yourself in Costa Rica or most any Latin American country on December 28th, don’t be surprised if you are the butt of someone’s joke or prank. Be warned, the Costa Rican culture has a wonderful sense of humor, meaning no one is safe on this day, so don't be a FOOL!!

Alert!! Don't make a "Fool" of yourself this December when in Costa Rica!