This is something interesting we read online recently and thought of sharing this too for everyone. There was a sighting of a four Eyes Goat in Miyagi Japan recently and it is making its rounds on social media worldwide. The story goes like this. An 80 year old officer worker, Eiji Okamoto was enjoying the scenery of Yanaizu Kokuzoson, a Buddhist temple in the mountains outside Ishinomaki City, Miyagi Prefecture and spotted the four eyes goat on 22 May 2021.

ModernHaus SoHo
Smart Strategies Every Hotelier Can U…
How to Tell if You Have Bed Bugs?
A Furry’s Guide to Cryptocurrency
Universal Tips on How to Promote Your… 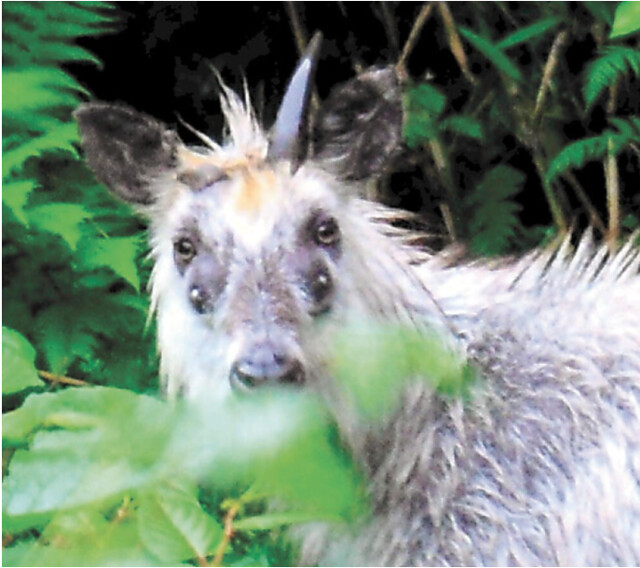 He felt something was behind him and when turned around he saw an unusual animal standing 30 meters away and subsequently he managed to snap a photo of it.

“I thought it was a sign from God,” Okamoto told the local news, who determined that the image was not doctored and because of the horn and fur, it can only be a single animal rather than two juxtaposed with each other.

The creature assembles a four eyes goat and looks like creature from some Japanese anime and some people said it could be due to radiation. Enough with the radiation theory, there is an exact answer to this four eyes goat found in Miyagi Japan.

According to Tohoku Wildlife Conservation and Management Center in nearby Sendai City, this four eyes animal is a Japanese serow, a type of goat found in many parts of the country.

A notable feature of these majestic beasts are their subocular glands which secrete a substance that the goats use to mark their territory by rubbing on rocks or trees. The goat in this photograph apparently hasn’t been doing enough marking because its glands have swollen to such a size and sheen that they resemble an extra pair of eyeballs.

The post The four eyes goat found in Miyagi Japan appeared first on Places and Foods.

This post first appeared on Places And Foods, please read the originial post: here
People also like
ModernHaus SoHo
Smart Strategies Every Hotelier Can Use To Successfully Manage Their Business
How to Tell if You Have Bed Bugs?
A Furry’s Guide to Cryptocurrency
Universal Tips on How to Promote Your Business On Facebook
“The Friend Who May Not Seem a Friend” – The Cat and the Fire, Post 2 of 3
51 Best Start-up Ideas to Try