The South West Coast which includes Playa de Las Americas and Los Cristianos is well documented, this article explores the South East of Tenerife, which is an ideal place for winter sun. We start at the far south east of the Island and travel westward.
San Andrés

This is not the furthest Village to the south east, you can follow the mountainous coastal Road as far as Iqúeste de San Andés, a little village at the foot of the a Anaga Mountains, it is a dead end road but a very picturesque village with several walks in the hill side beyond.

San Andrés is a small coastal village at the foot of the Mountains with plenty of very good fish restaurants , it is where you find the road which leads into the mountains     and over to the North West of the Island. It is one of the oldest villages of the Canary Islands, being founded in 1497, at the far end of the village you can still see the remains of an old fortress which was built in 1706 but later destroyed by storms in 1740 and 1896.

Just beyond the village the road takes you to the famous ' Playa De Las Teresitas', this is a wonderful golden beach which was made for the residents of Santa Cruz with sand imported from the Sahara. 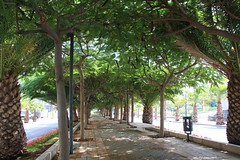 
Travelling westward following the coast road which runs along side the main sea port of the island we come to the Capital of the Island, the city is full of history which can be seen by the architecture when you stroll through the old part of the City. The many parks and plazas give it very relaxed atmosphere. The most recent addition to the City being the 'Auditorio de Tenerife'  (Tenerife Auditorium) where all kinds of musical events are held. 'El Ferial' (Exhibition Centre) and the Lido's are in the same part of the city.


This seaside Town has grown over the last  few years and now has a number of hotels. There is a lovely promenade and this year (2010) they have made two new beaches which look very inviting. 'The Rambler de Menceyes' runs just in land and parallel to the promenade, the original stone statutes of the Guanche Kings are displayed along it. As you would expect a good number of shops have opened either side including a shopping mall which opens 365 days a year. 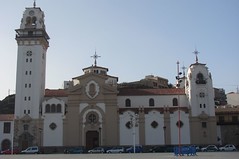 
Right next to Las Caletillas is Candelaria, this is a pretty little town visited by a lot of tourists and pilgrims who go to visit the  famous  'Bastilica of Candelaria' where the 'Virgin of Candelaria' the patron of the Canary Islands is kept. Whilst there do have a look around the rest of the old town it has a lot of little streets, paths and chapels which are often missed by the tourist. 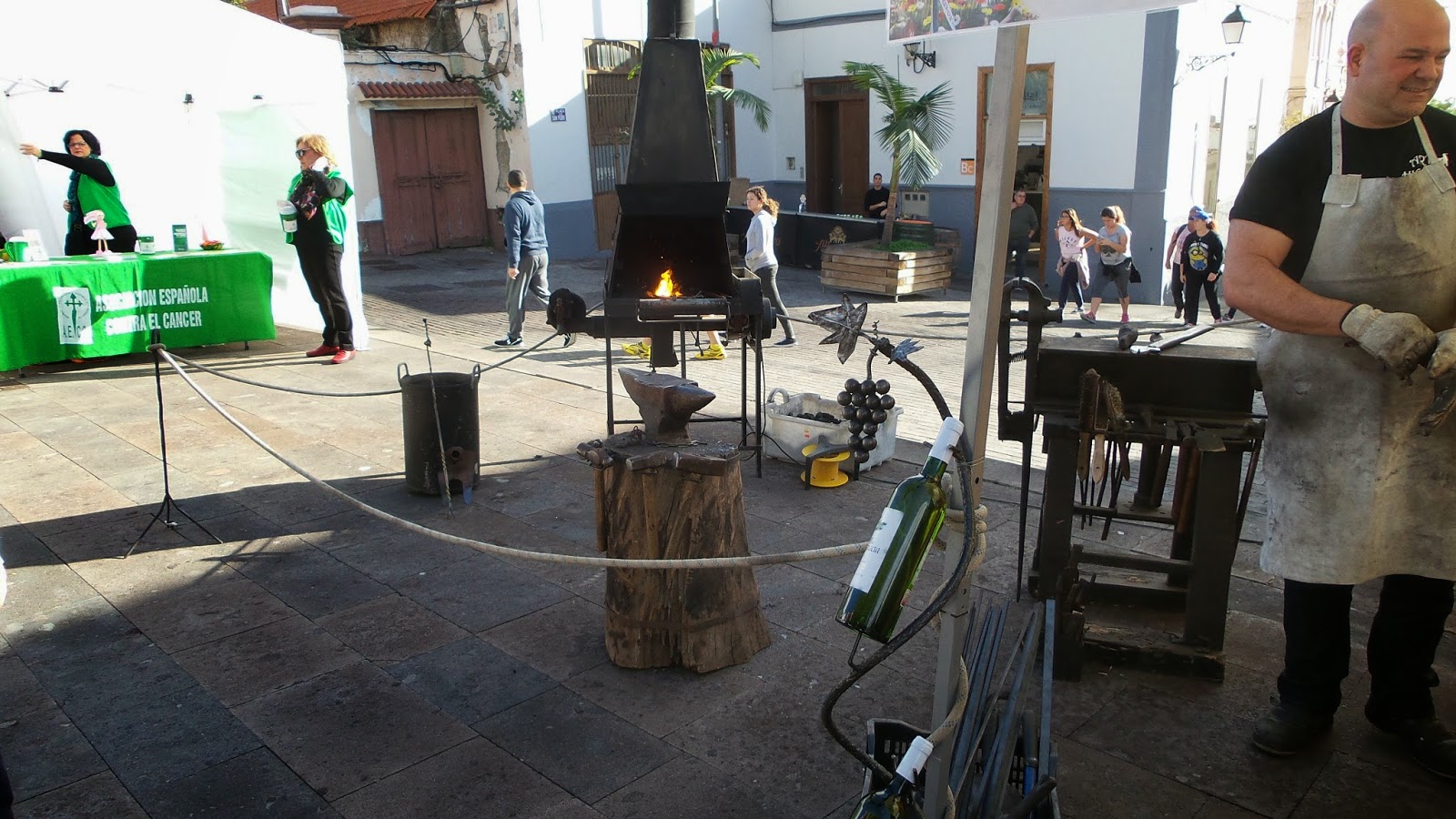 Is an inland market town , full of activity during the working day which is 8am-1pm and 5pm-8pm, there is normally plenty of cultural activity going on at the  weekends,   their web page keeps you well informed. It is an ideal place for those who enjoy walking/hiking, the historic walking trails are in this area. Do not forget the Guimar Pyramids.


Can be found below the town of Güímar on the coast, a fishing village which has grown considerably and has become popular with the Canarian people as a weekend or holiday place,  it has a long promenade with plenty of sitting areas to practice the art of 'people watching'. Around the little harbour there is a good choice of restaurants.


Taking the coastal route at this point and continuing westward you will pass many little coastal villages all interesting in their own way, many having their own little bays and beaches all are worth exploring along the way. 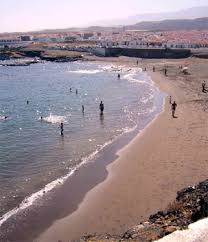 
This is a little place is well known for it's safe beach where the diving community, Easy Blue World  ,can learn in safety, it attracts many sun bathers during the weekends and holidays, there is a choice of little café's where you can relax and have a drink.


The town has  the largest natural beaches of Tenerife, the Playa Grande and the Playa Tejita. Between the beaches is La Montaña Roja ("The Red Mountain"), a volcanic cone that is a protected natural reserve. It is well known for having strong winds and has been the location for  various windsurfing competitions and championships.
There is a long promenade with plenty of bars, restaurants and cafe's , where you can sit and watch the wind surfers learning and practising.
It is a 'Blue Flag' beach, the the Famous Médano Hotel jutting out into the sea on stilts at one end of it, The Plaza at the side of the beach forming the heart of the town.


Taking the in land road


Instead of taking the coastal road from Puerto de Güímar go in land again to the TF28, 'Ctra General' which is the old road from Santa Cruz to Los Cristianos, the one you had to use before the autopista was built. It has been greatly improved now and in most parts is a smooth ride, there are one or two places where a little work is required but it all tarmacked.


It takes you through some very interesting places, every time you go round a bend you will see changing scenery ,  try some of the local bar/restaurants you will always be made welcome.

This road takes you past lots of towns and villages including, Fasnia, just before you get to the town of Fasnia the road goes through a tunnel which has been cut out of the rocks leading onto a stone bridge taking you over the Barranco de Herques, there is a place where you can stop for a few minutes, it's well worth stopping to look around at the rugged scenery.


Passing through Fasnia and on towards Arico Viejo , on you left you pass by Icor an early settlement which is slowly being renovated.


The next municipal town is Villa de Arico,  just past this town you come to the barranco where there are good examples of 'Guanche' Caves, the early inhabitants of the Islands.


The TF28 has many links roads which lead down to the Autopista so you can cut down to the coast.