'La Laguna' translates to 'The Lagoon'. 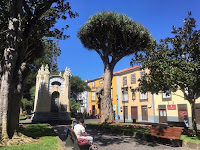 The city itself stands at 600 m /1,1970 ft) above sea level and became the Island's first Capital City after the conquest of Tenerife, which turned it into the political, financial  and cultural center of the archipelago.

Antique Anatolian Rugs
6 Steps to Successfully Restart Life …
RACE IN AMERICA - The Great Land Robb…
REMAINER RANT – Together we are Stron…
Grains and Pixels
There is plenty to see in the city with some of it's historic buildings dating back to the 14 th century. The first recorded plan of the city being drawn by the Italian engineer Leonardo Torriani in 1588. A full description of all the buildings of interest in La Laguna can be found at -  https://goo.gl/3YzjPa 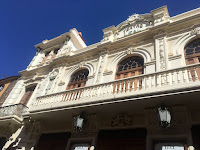 Accessibility of La Laguna is made easy by the use of the 'Tram' which runs from the bus station in Santa Cruz to the commercial area of La Laguna which is just a short walk away from the historic center, now a UNESCO World Heritage Site. A word of warning when getting off of the tram at La Laguna terminal (La Trinidad) make sure that you turn to your left, this will take you right into the Old Part of The City.
Here you will find that the original streets have been pedestrianised 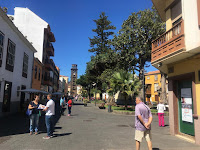 which allows you to walk around and EXPLORE the area with ease, taking in the ancient buildings many which are open to the public. The area has a great atmosphere with lots of little cafe’s , bars and restaurants , these are fantastic places to sit outside and enjoy the surroundings  and people watch whilst having a bite to eat with a glass of local wine. 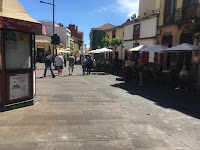 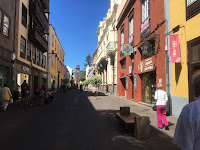 La Laguna is also the home of the first university in the Canary Islands.

Well, that's the general information, speaking as a person who has visited this city many times , it is a fantastic place to EXPLORE you need a full day to fully appreciate what there is there.

All Photo's by - Kate Wyn-jones