Tags: temple birla birla mandir built mandir temple complex
January 23rd 2016
View original
Site Name: Birla Mandir
Site Type: Hindu temple
Location:  Naubat Pahad, Hyderabad city, Telungana state, India
Highlights: One of the important landmarks of Hyderabad city
Nearest Railway Station: Hyderabad
Nearest Airport: Hyderabad
How to reach: Well connected by road, rail and air
Hotel: All sorts of options are available in Hyderabad
Restaurants: Hyderabad city has no shortage of restaurants of all varieties
Hyderabad is an important city in South India. It is the capital city of the newly formed Telangana state as well as Andhra Pradesh state of India. Hyderabad, which is also called as 'the city of Pearls' is a historical city. In the last two decades, the city became very popular thanks to the IT companies. There are many popular and varieties of tourist spots such as forts, palaces, lakes, masjids and temples located in this city. Let us explore one such popular site named Birla Mandir in this article. 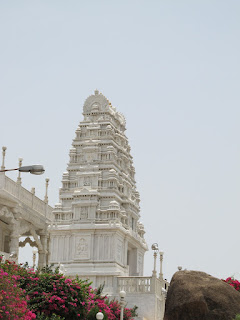 Birla Mandir is dedicated to Lord Balaji (Tirupati Venkateswara). It is built on a small hillock called Naubath Pahad. The temple complex is huge and is spread across 13 acres. The temple was constructed in 1976 CE. The construction was taken care by Birla Foundation. All the temples built across India by this organization are called as Birla Mandirs.
Birla Mandir temple architecture is a mix of Dravidian, Rajasthani and Odisha styles. The vimana of the main shrine is built based on the Kalingan temple architectural style. The entire temple complex is built with white marbles similar to any other buildings of Rajasthan. At the entrance, there is a tower a.k.a. Raja Gopuram similar to the traditional South Indian temple.
Lord Balaji is the presiding deity of the temple. The idol is very tall is about 11 feet high. The temple also has many shrines for various deities such as Andal, Padmavati, Hanuman, Shiva, Shakti, Ganesha, Saraswati, Lakshmi and Sai Baba. Also, there is a big idol of Krishna holding discus in his right arm near the entrance.
A tall clock tower is also found inside the temple complex.
Happy travelling. 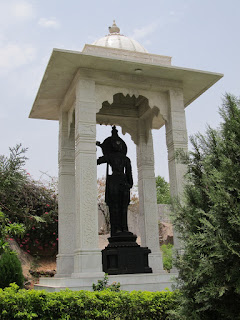 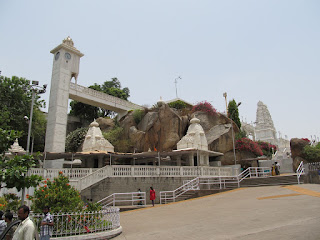 Porta Via Calabasas
Why Furries Make Excellent Hackers
What Is the Worst Credit Score?
10 Instagram Marketing Tips for Start…
Music Profile: Elliott Waits For No O…