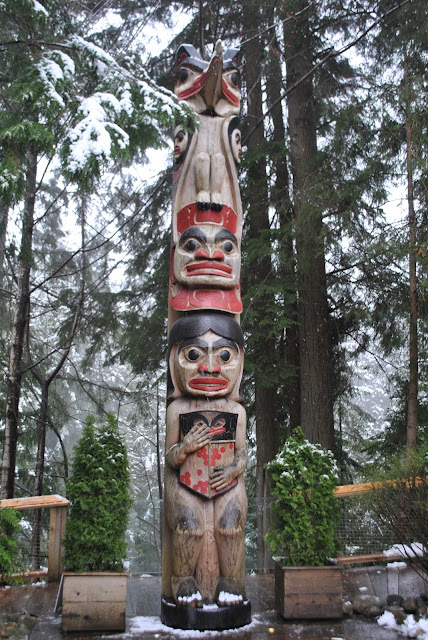 One of the things that I love about Vancouver and Victoria is the vibrant presence of First Nations culture. From the time you step into Vancouver International Airport,, aboriginal art pieces,especially totem poles, are on prominent display. Strolling around both cities, I discovered that totem poles are as common as the trees that often surround them. 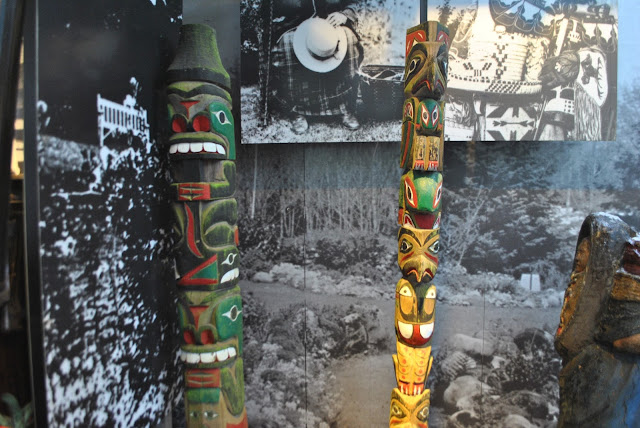 At Capilano Suspension Bridge Park, Totem Poles dot the landscape, they tell the story of the people who lived there hundreds of years before. In fact, totem poles are sometimes called story poles. 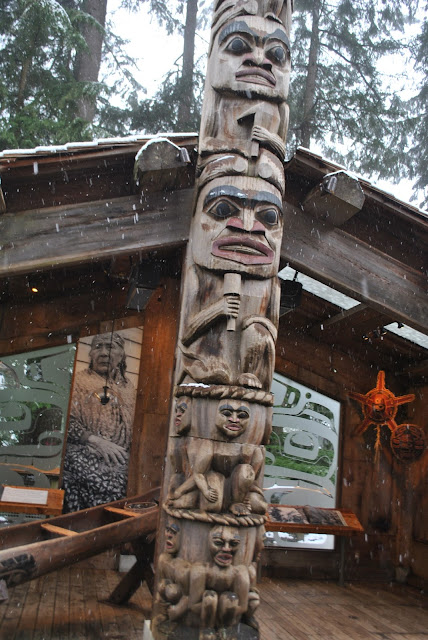 I learned that totem poles are monuments created by Northwest Coast aboriginal people and they can serve as signboards, genealogical records or memorials. They are typically carved from red cedar and then painted. The poles communicate symbolically across all First Nations groups. 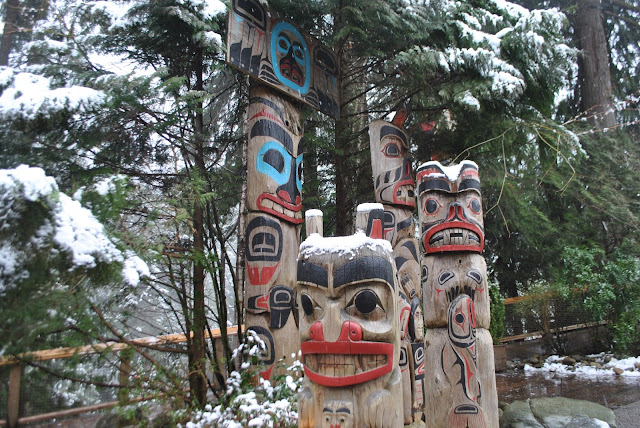 The surprising thing that I discovered about totem poles is that they don't have to be towering heights but that they come in all sizes. There are six  main types of poles: memorials, grave figures,house posts, house front poles, welcoming poles and mortuary poles. Historically, totem poles were commissioned by a chief to mark a special event and they continue to hold deep significance for First Nations culture. 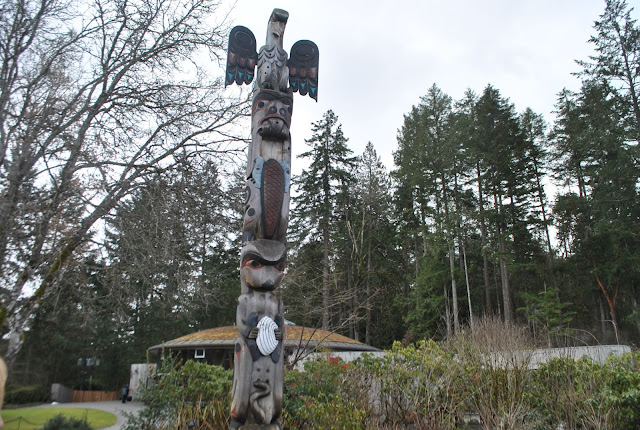