O-mazing Places to Eat and Grab Coffee in Omaha

My mother, Audrey Sparks, and late stepdad, Larry, lived in Omaha for more than 10 years. Oh, how I lived to visit because I knew we’d get to go to Ted and Wally’s for ice cream, the Lazy Leopard Lounge to hear Larry sing to mom, and Mr.Toad for more music. 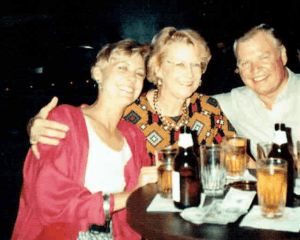 Circa 2002 picture of me and my parents, Audrey and; Larry Sparks, throwing a few back at the Lazy Leopard Lounge.

Larry, being a big meat and potato kind of guy, loved taking mom to Anthony’s Steakhouse. Anthony’s has been an Omaha staple for more than 50 years. 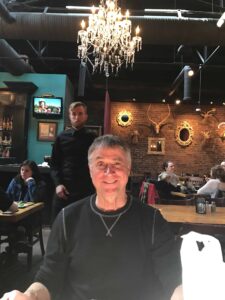 Tom enjoying his screwdriver at brunch surrounded by funky, urban decor at The Twisted Fork

Last week I asked several long-term Omaha residents where they eat out and Grab Coffee. This is what they shared.

Mary and Mike Geiger have called Omaha home their entire 32-year marriage. When I asked them about their favorite date-night destination, they said date nights were rare. Mary said, “When we do treat ourselves to a night on the town, we love eating Mediterranean food at El Basha Grill because it’s always fresh or German food at Rathskeller Bier House.” (Rathskeller means Wine Cellar in German.) In addition to great German food, Rathskeller Bier Haus offers 29 rotating taps of European and local brews.

The Geiger’s love that Omaha has a variety of things to do, tons of restaurants, and little traffic or crowds. “Omaha isn’t too small or too big. Plus, Omaha hasn’t experienced the spike in Covid-19 cases other cities are wrestling with around the country,” says Mary. “We love calling Omaha home.” 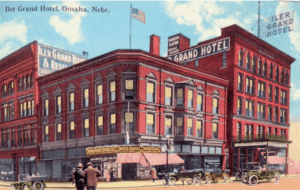 For a perfect place to study, Cece’s heads over to Myrtle and Cypress or Muglife.

Nelson and Jovi Torraca moved to Omaha from the Bronx in 1985. Nelson is a retired Air Force Sergeant. He and Jovi love the convenience and affordability of living in Omaha for the past 35 years. “Omaha just suits me,” says Nelson. “And it’s a great place to raise a family.”

The two restaurants the Torraca’s go to most for family celebrations are Brother Sebastian’s Steak House & Winery and Shucks Fish House & Oyster Bar, which has three Omaha locations. You can enjoy $5 off crab dinners on Crabby Monday’s or 99 cent Blue Point Oysters on Wednesday.

Jeanette and Steve Pelster have lived in Omaha for nearly 40 years. Steve is Vice President of the Omaha Golden Gloves and loves that Omaha’s middle of the country location cuts his travel time in half. As a former boxer himself, Steve loves a cold beer and perfectly cooked steak. He says South Omaha has a bar on every corner. Steve’s favorite pub is Ralston Keno, where you can win big and eat big, because it’s close to home. He and Jeanette often celebrate anniversaries and special occasions at Texas Roadhouse.

Why not check your calendar now and plan to get to Omaha before winter hits?  Tom and I now  try to avoid going in January and February after we drove right into a blizzard in 2018  that shut Omaha down for the weekend.

We recommend staying at Hotel Deco and a drink at the Wicked Rabbit Speakeasy. We loved that combo of fun even though the fire alarm went off at 2 a.m. requiring us to exit our room one cold winter evening. We later learned two male guests on our floor were smoking weed, which set of the alarm.

How wicked of them. 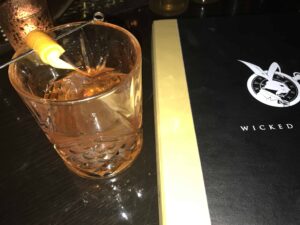 Ask the doorman at Hotel Deco how to enter the secret door that leads to the small, dark drinking hole called The Wicked Rabbit.
Omaha

O-mazing Places to Eat and Grab Coffee in Omaha

Subscribe to Satisfying Your Hunger For Whiskey & Wonder In The Midwest