15 Amazing Things to do in Cuenca, Spain

Spain is such a beautiful landscape with much to offer; from the high mountains of the Basques region to hot beaches of the Andalusian terrain, it is indeed considered one of the best holiday destinations in Europe as well as the world.

Spanish culture is warm and welcoming; even spending a short time there, you would feel like a part of the society. Although when it comes to the extra attraction of Spain, Cuenca stands out.

Council city is located towards the eastern mounts of the Spanish terrain; it is not to be mistaken with the similar-sounding town in Ecuador. Historically, this city was considered an important port.

This is the reason this city is walled to protect it from the introduction. The interiors, if the city is stilled adorned with the tasteful mannerism of the medieval era, cobblestone buildings, stone statues, and medieval castle ruins. There are two main rivers in this city; Jucar and Hussar. This place has countless beauty.

However, if you are planning to travel and treat yourself to the phenomenon of beauty in this city, this guide is just for you. Here are the top 15 attractions of Cuenca, Spain; 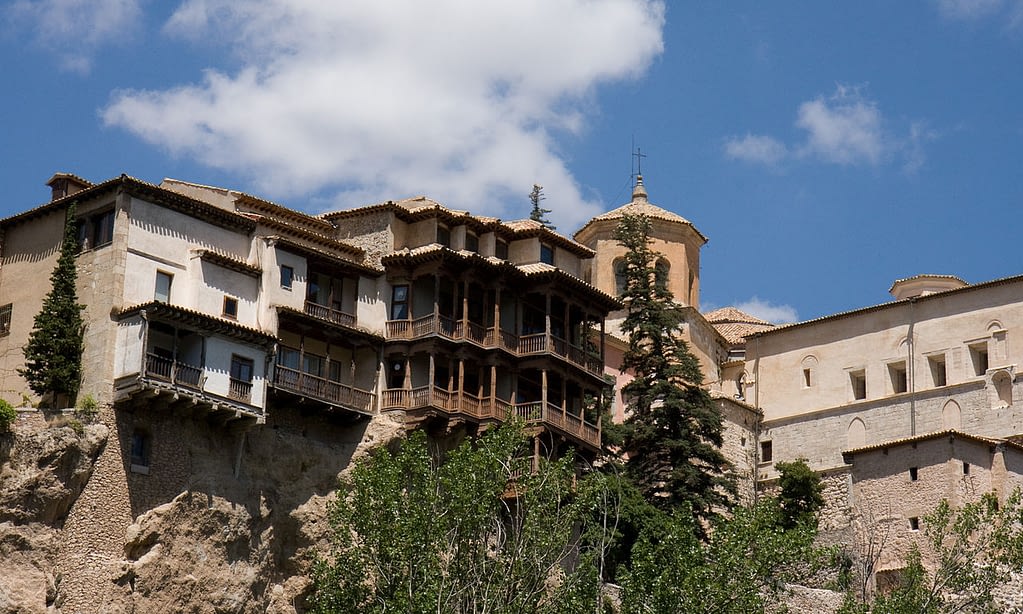 As previously mentioned, this city is adorned with two green-hued rivers. People of the past have also been fascinated by the view of these rivers. They created a blissful view through a particular architecture. Casas Colgadas is translated into hanging houses.

In the medieval era and before that, such houses were commonly built along the eastern border of the walled city. Although many of these structures have been affected and completely lost in the hands of time, there are still some of them standing strong and available for touristic visits.

An archeologist is uncertain about the first time the hanging houses came to existence. However, there is graphic proof of their existence through the 15th century.

Many of the kings and government authorities have taken an interest in these houses throughout history. They ordered to rebuild and refurbish these houses many times.

Today, the hanging houses are still in use. One of the best structures is the art Museum of Cuenca, Spain. There are restaurants and council houses among them as well. 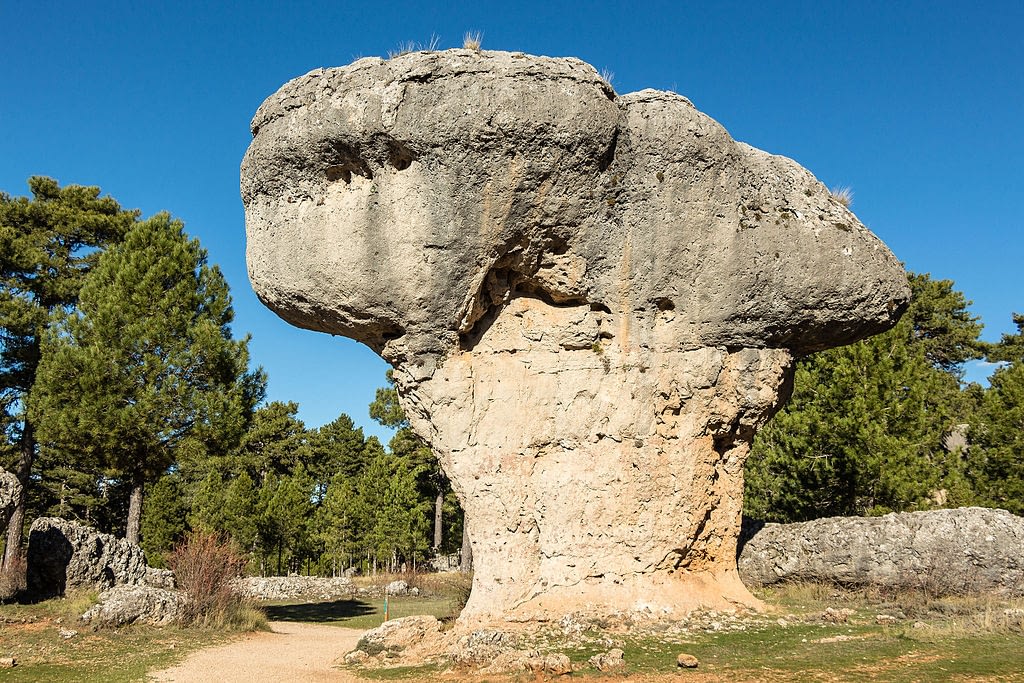 To break it down for those who don’t speak Spanish, Ciudad means city and Encantada literally translate to enchanted. The enchanted city is a merit description for Cuenca, Spain.

However, this phrase is pointing to geological sites near this Spanish city. The hand of nature, through its tools of surface reconstruction, has changed the rocks of this site. Erosion wind and the river together have architectural spectacular shapes that are distinctive to this region.

These rocks are made of limestone and dolomite. They are as old as 90 million years in the past. Limestones are generally sensitive to humidity; the river close by and frequent rains in this region has from many shapes into these rocks.

The Dolomites, on the other hand, are resistant rocks. Together they have created harmonious and uneven shapes of dolomite and limestone; this is why these rocks are so significant. One of the most attractive forms of the rock formations is the mushroom rocks; they are thin at the bottom and large on the top surface.

Some mushroom rocks are gigantic. While looking at it, it gives you the illusion that it might just tip over, although they are resistant and have lasted through millions of years. 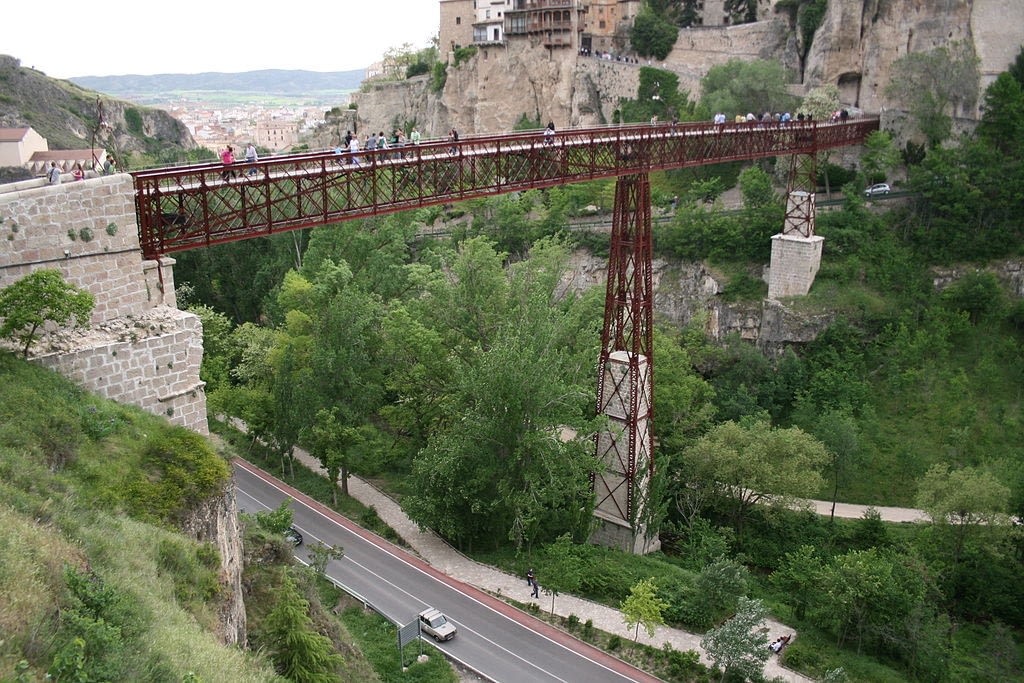 Saint Paulo bridge, locally known as San Pablo, is a great place if you want to have a complete view of the city of Cuenca, Spain. You can get to see the hanging houses, rivers and most of the populated areas with houses.

If you want a remarkable snap of your travel to Cuenca, Spain, this bridge can provide that for you. Although you need to get into some comfortable shoes before heading there. It is only accessible through walking as there are no car roads.

The climb may be a little steep at times, although it is worth the effort. The final results are a phenomenon. Once you reach on top, you are rewarded with a stunning view as well as a rush of adrenaline; there is a steep and high drop from the top of the bridge over the rocks and partial the river below. For this reason, I am not recommended for those who fear heights. 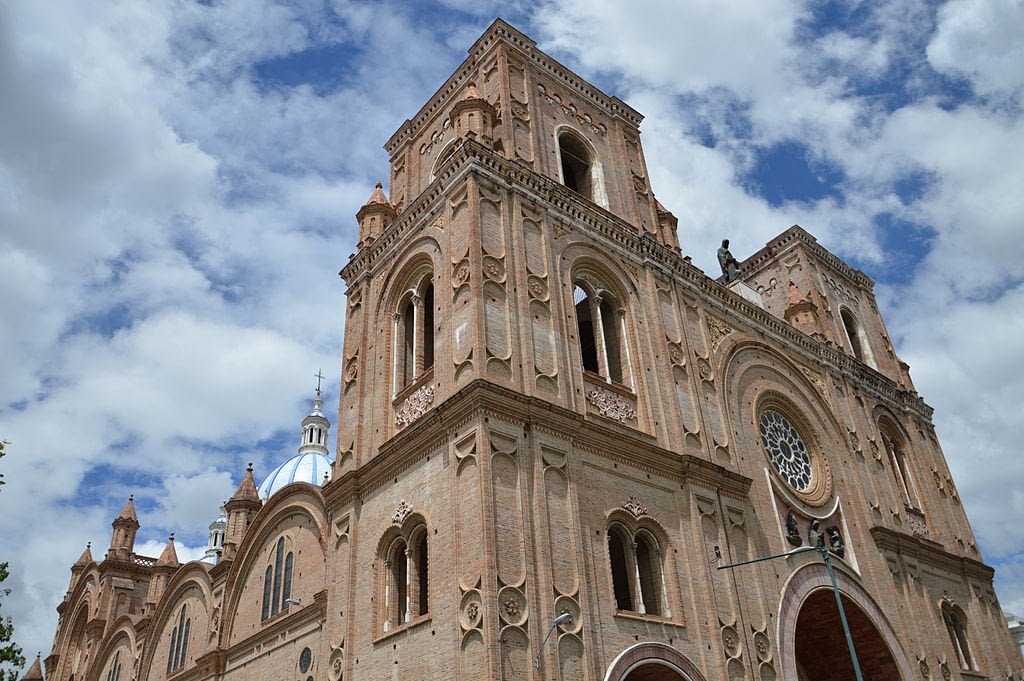 When we think of Spanish cathedrals, there is an image of the gothic structure that comes to mind. The cathedral, located in Cuenca, Spain, dates back to one of the first Spanish cathedrals. Due to the historical effects, it was inspired by the Romanesque style of architecture.

This architecture dates back to the 12th century. It is marked by Norman and anglo norman architecture, much similar to the Notre-Dame Cathedral of Paris. Both the inner and outer structure of this cathedral is unique. There are claims that there is secrecy in the iconology of the structures and design of this cathedral. 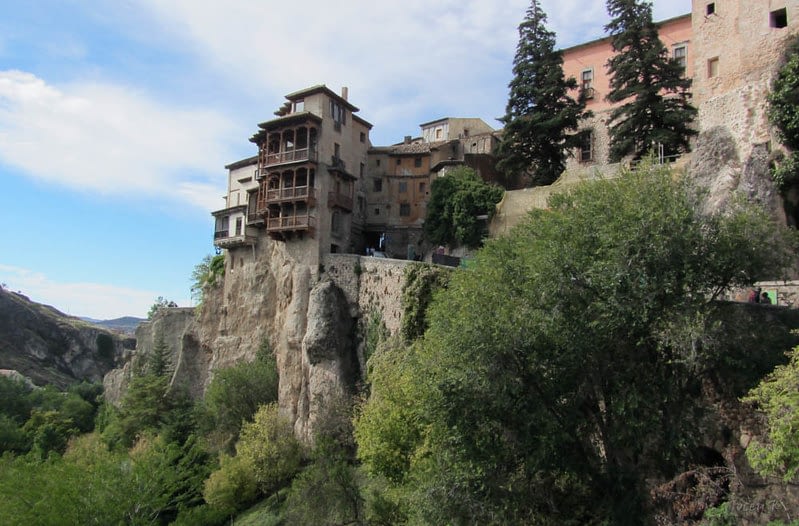 As the name states, this foundation was built by Juan March, established in the mid-1900s. He used his power and nobility to create an educational area as well as an art museum. The Institute of Juan march holds concerts and lectures. Today this institute is founded both by Juan March and Carlos III University.

The museum, on the other hand, was founded in Palma. It advances in social science, and it is known to have the honor of education more than the hundreds of Spanish students.

Alfred Bar, the founder of the modern art museum, visited this museum in the 1970s. He was amazed by the complicity of the structure and content of the interiors. 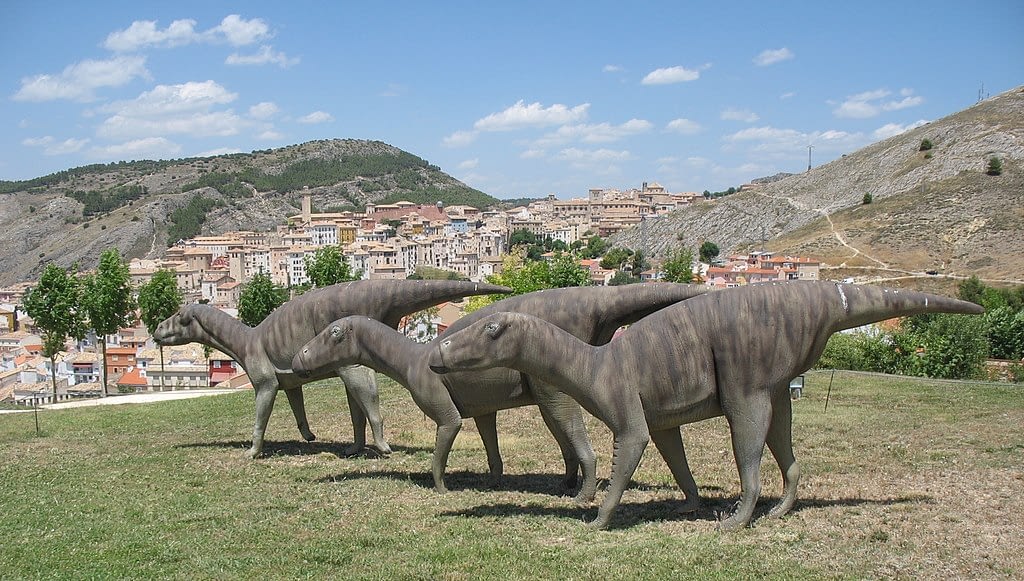 If you are a Jurassic Park fan, this is going to shock you. This famous land is, in fact, a museum. You can get a view of full-scale Dinosaur models and ancient reptiles.

The best part of this museum is the open-air exhibition of the models. They also have exhibits inside the building of the museum for more sensitive models.

While the external model is realistic plaster design, on the inside, you can see the real fossil of the pure magnificence of ancient dinosaurs. These fossils are the excavated fossils in The Cuenca region.

One of the famous attractions of this museum is the fossil of a dial our bone structure that has the remaining bones of its prey in its stomach. 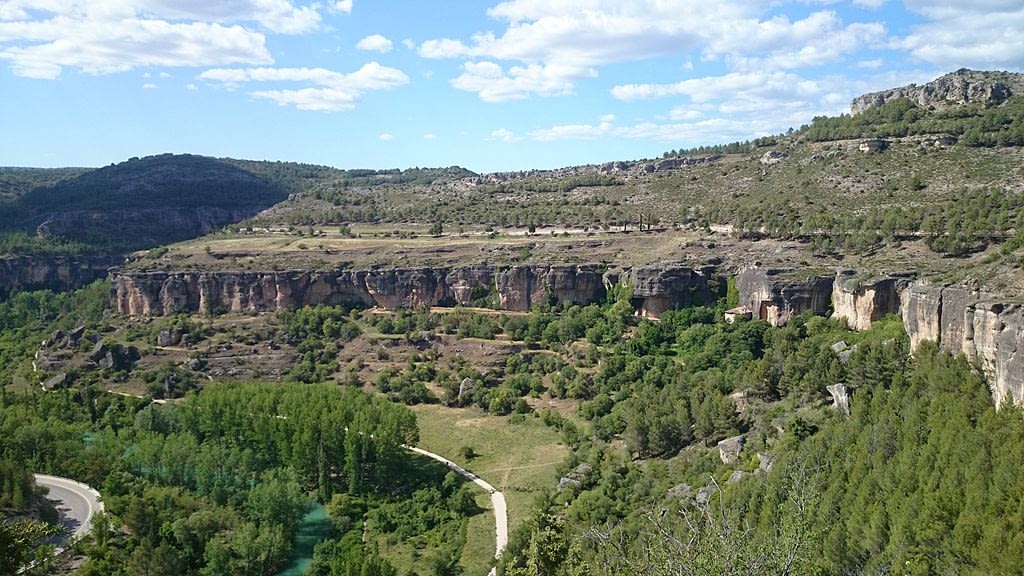 This one is for climbing fans or those who simply appreciate the beauty of landscapes. As previously mentioned, this region has a lot of water and limestone natural structure; resulting in phenomenon beauty, Hoz del Jucar is another creation of nature’s hand.

Creating steep values with numerous small and big holes is a favorite spot for many rock climbers around the world. Mountain cycling, hiking, and photographers have close connections to this spot as well.

You could also just head there to get away from the human-built civilizations and get in touch with nature. The peace and calm of this place can refresh your mind and energy in the middle of your journey to Cuenca, Spain.

Mirador Barrio is another viewpoint of Cuenca city. You can climb there on the foot to have a nature trek as well as a visit to the historic center. You could also catch bus number 2 to get there without the hassle of hiking uphill. Many of these tourists think that it is a must-see attraction of Cuenca, Spain. 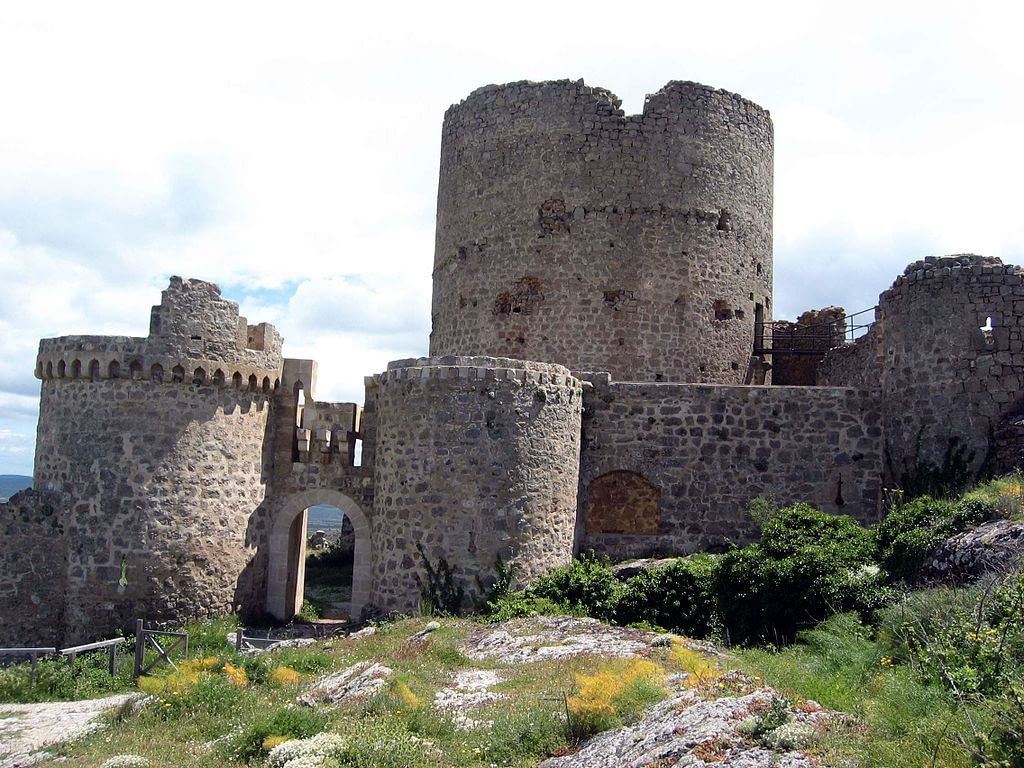 Cuenca castle ruins can take you back in the folds of history. The remaining structures present today are the witness of many important events in history.

This castle dates back to the 13th century. There are some walls, and the main tower has survived. There the Arab wall, Christian wall, and the castle of the Spanish empire; all are a brief overlook to Spanish history. These ruins are only a walk away from Trabuco Square.

This is a tunnel named Calderon in de la Barca street. It was built around 1937 to 1939; however, due to war matters, not all of them were completed. The purpose of this tunnel was sheltering the public during the social complications of the civil war at the end of the 1900s.

The total light of the tunnel is 130 meters. Only 50 meters of this tunnel is accessible to visitors due to a lack of registration. You can visit this tunnel every afternoon until 7 pm, although the timing may differ during different holidays. 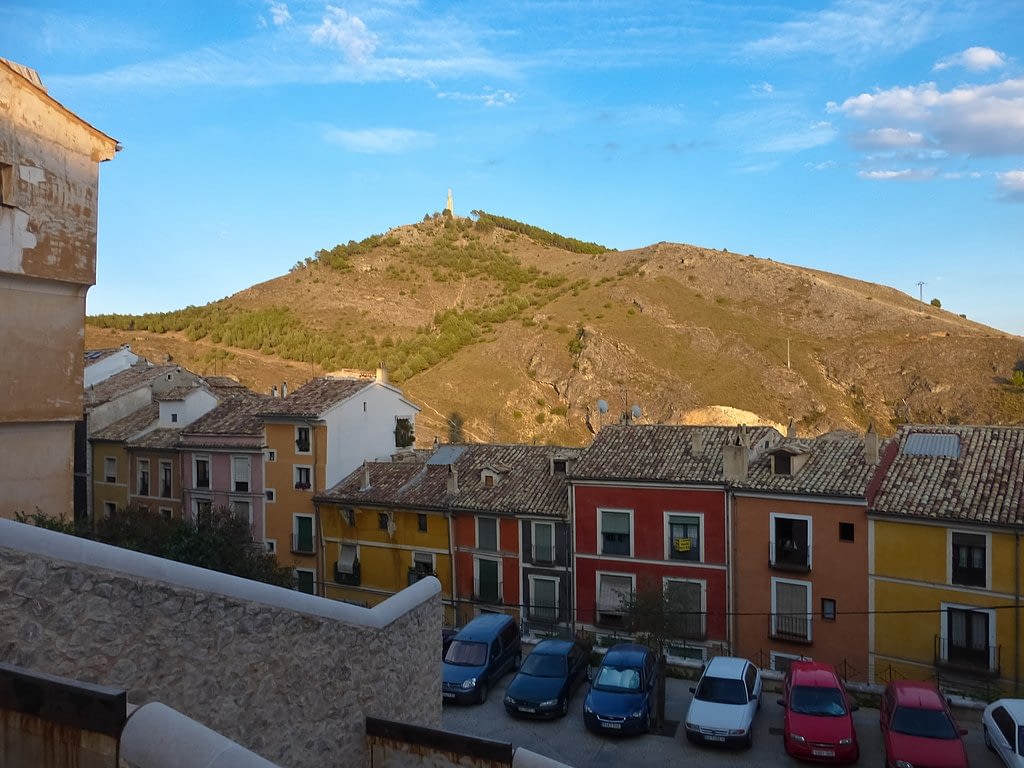 This place has been given religious importance by the locals. You can reach this place by taking a nature hike. Another way to get to the top of this beautiful viewpoint is by bus and car.

Mirador del Cerro is considered one of the highest points in Cuenca, Spain; it is 1147 meters from the sea levels. This feature can facilitate the view over most of the city as well as the surrounding area. You can plan this trip together with your hike over the San Pablo bridge; there is a common root to reaching. 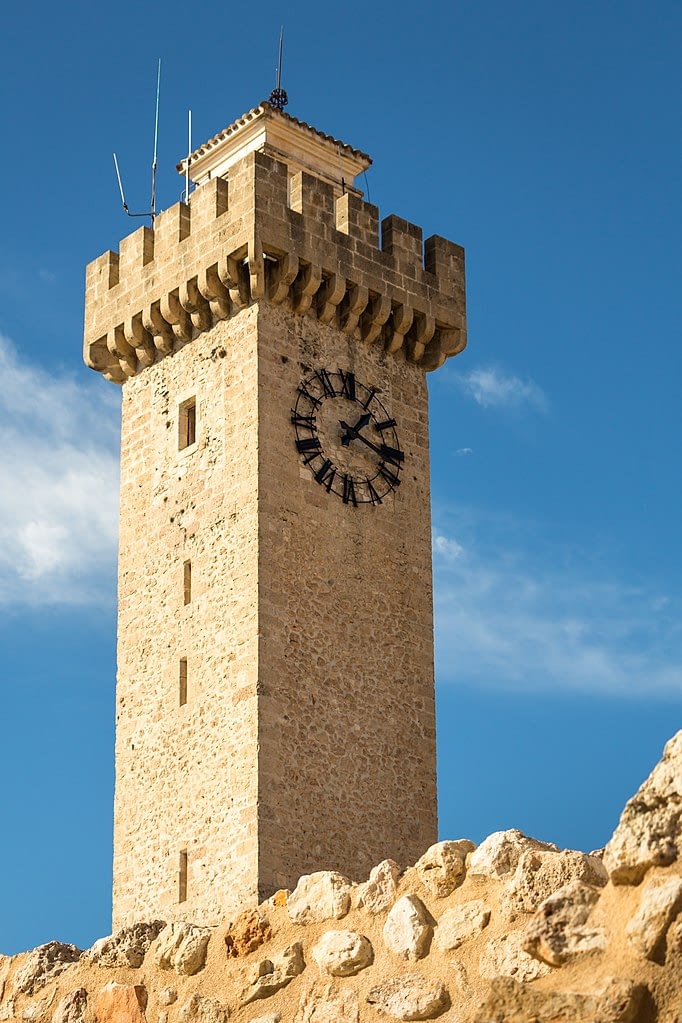 Torre de manana, or translated the tower of hours, is a 16-century structure in Cuenca, Spain. Due to the wars, natural elements, and other factors, this tower has been renovated many times.

This tower is the symbol of straight in this city. Many great architectures have worked on this tower, an ultimate masterpiece, as the result of the favor of many noble kings. 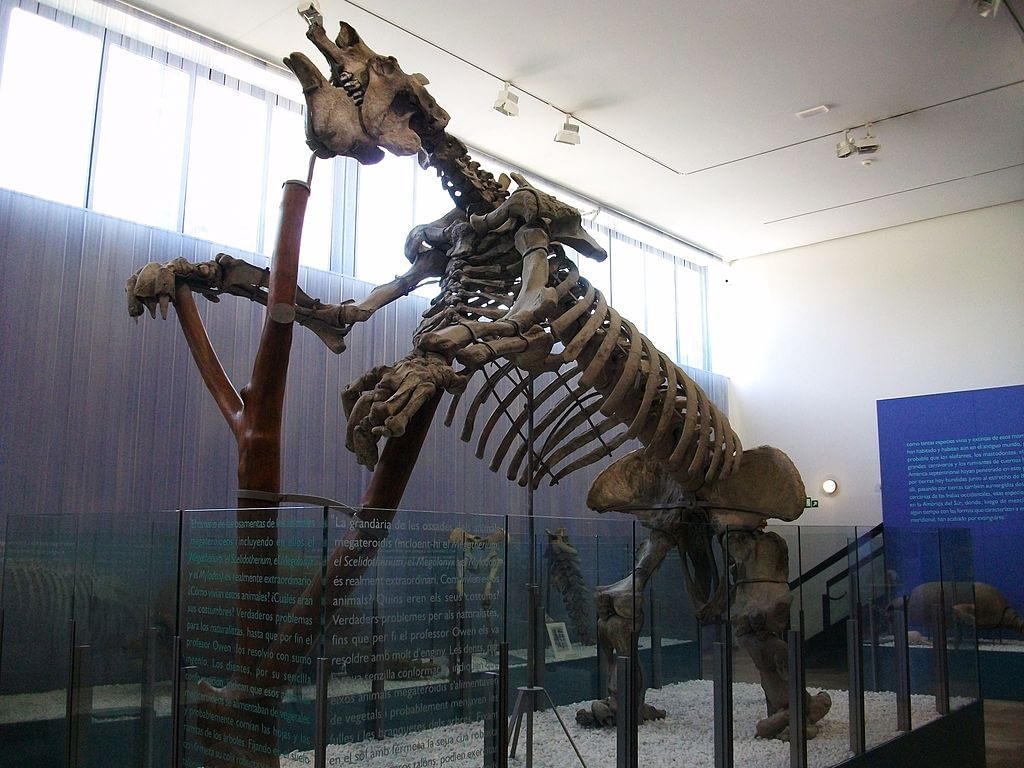 This is one of the Cuenca city attractions that does not require you to go out of the city; it is located in the city center to a walkable distance from many hotels and restaurants.

This science museum is built inside a medieval era ancient building, representing the remarkable significance of the city itself. This museum dates back to 1999, although the building belongs to 18th and 19th security.

One of the most significant areas of this museum is its Planetarium, a dome of a hundred meters that includes in the cosmic representation of more than 6000 celestial bodies, including the planet, stars, nebulas, and many more.

This museum also covers the scientific aspects of four main elements here on earth; air, water, earth, and fire. You can visit this museum in the morning and evening hours throughout the week. Check their timetables before making a trip over to the science museum of Castilla la Mancha. 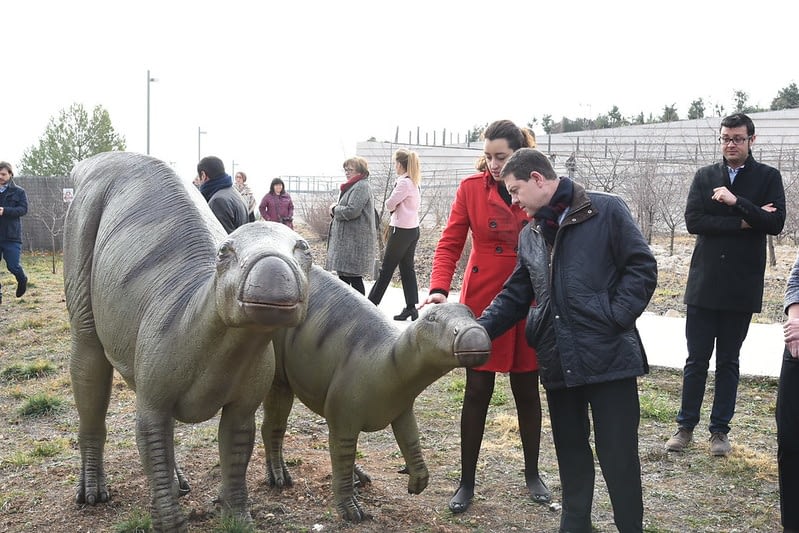 The museum of studying the history of earth previous to human life is of the high scientific and archaeological value of Cuenca, Spain. The budding of this museum was built in the year 2010.

Although the roots of the gathering fossil and bones of dinosaurs go back millions of years ago. It is a total of six hectares of full immersion into dinosaur life. You can treat yourself to a day of visiting fossils and true bones aside with real-life plaster models of the ancient animals. 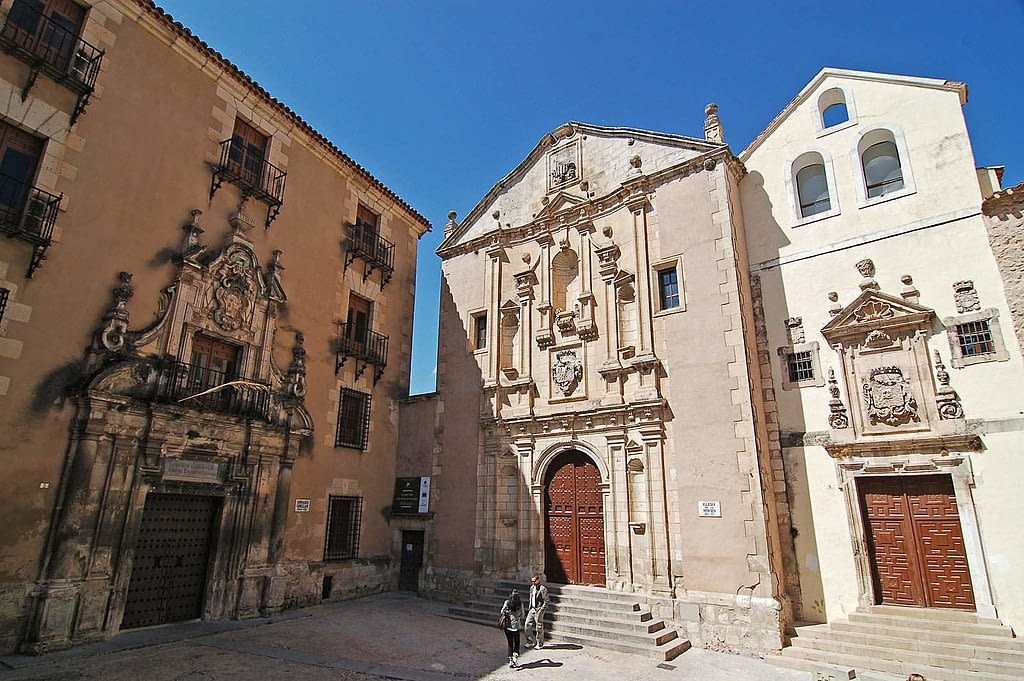 This is an ancient church that was built after the city was conquered in the middle of the 15th century. The significant different structure makes the new ruler’s inclination.

This place has high historical significance as it played an important role. This church was rebuilt in the 17th century and after the Spanish civil war in means of requisitions. You can reach this historic church easily on foot or by vehicle; it is located within the city walls itself.

See Also: Best Things to do in Girona, Spain

Cuenca, Spain, has a lot to offer along with its attraction sides. Great food, interesting culture, and hospitable people are in addition to its stunning beauty. A trip to Cuenca, Spain, can surely leave a lifetime memory in your mind, and a story to recount to others.

15 Amazing Things to do in Cuenca, Spain