All You Need to Know about the City of Angels: Los Angeles At around 500 square miles, Los Angeles is the largest city within Los Angeles County. The home of Hollywood, Los Angeles has been known as the City of Stars as it has acted as the world’s biggest beacon for all artists, musicians, actors, directors, and entertainers of all kinds from all over the world.

Aside from entertainment, Los Angeles has a lot more to offer; from grand mountains, miles of coastline, world-class shopping, sports of all kinds, live theatre, an international culinary bouquet of cuisines from all over the world, ethnic and cultural diversity, and streetlife so busy and unique you won’t find anywhere else.

We can go on and on about the wonders of the City of Angels -and we will-, however, if you are planning to make the trip out to sunny LA, then you are going to need to know more than that, such as when you should go, and where to stay once you get there. All these questions and more are answered throughout our complete Los Angeles travel guide below, so waste no time, and start planning!

The weather in LA is fairly moderate and nice all year round. So you can go at any month of the year.

However, summers in Los Angeles are usually warmer than the rest of the year, especially in the Valley. While the months from December through March are considered the wetter months in LA.

The best times, however, for you to enjoy Los Angeles in all of its glory are from March to May and from September to November. The weather during these periods is usually more airy and breathable and the city is less crowded. 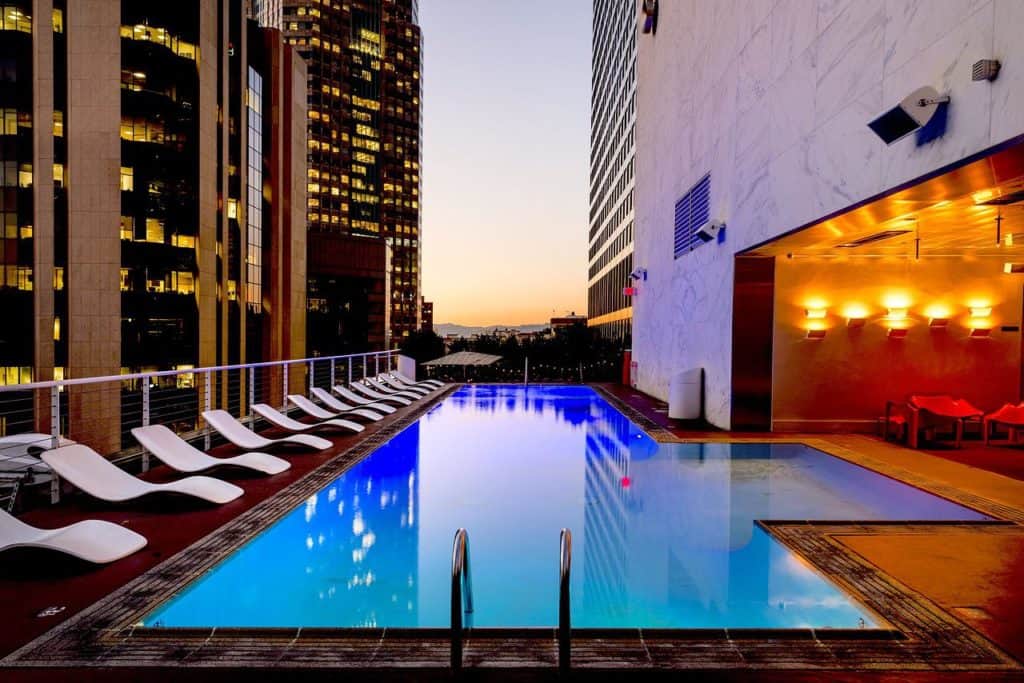 Los Angeles comprises several areas and districts, the main ones being: Downtown (DTLA), Hollywood, West Hollywood (WEHO), the Westside, the Beach Cities, Beverly Hills, the Valley, and other communities within those districts. In each and every one of these areas, Los Angeles features some of the finest hotels and resorts in the world of hospitality. Here are some of the best ones:

Right in the heart and center of Downtown Los Angeles, the 73-story International Los Angeles hotel stands in a particularly convenient location. The hotel’s 73 rooftop lounge is the tallest open-air bar in all of the Western Hemisphere. Through its sushi bar and buffet restaurant, International LA offers world-class service and dining.

If you are staying in West Hollywood, then the West Hollywood EDITION Hotel is definitely your best option for accommodation. It features 190 guest rooms, 48 suites, two penthouses, 20 luxury residences, and a stunning outdoor terrace offering a view of the Hollywood Hills. That’s not all, West Hollywood EDITION also has a fitness center, a fancy spa, and several fine dining spots, giving you a taste of the luxurious La La Land we see in the movies.

If you want to feel like a celebrity yourself, then, by all means, you couldn’t find a better place to stay than Hollywood Roosevelt Hotel, the place where Shirley Temple learned to tap dance and Marilyn Monroe shot her first print ad. Located on the Hollywood Walk of Fame, Roosevelt will surely put you right in the heart of all the action. So if there were any place where you could truly feel the good old Hollywood glitz and glamour, it is the Hollywood Roosevelt Hotel.

Home to 395 elegant rooms and suites, this Four Season is all about class and elegance. The style of the Beverly Wilshire hotel exudes so much class and sophistication that it is leaning more toward a Manhattan hotel style than LA. Which makes it perfect for all those New Yorkers who feel homesick when they visit Los Angeles.

Created by actress Beverly Garland in the year 1970, this boutique hotel is set right in the heart of Los Angeles and covers seven acres of land. All of the hotel’s guest rooms, suites, and kids’ rooms boast modern and elegant decor, and its restaurant offers new and changing menus. Through the hotel, you can also take free trolley rides to Universal Studios, CityWalk, and Universal City Metro Station.

Overlooking the Pacific, this 47-guestroom boutique hotel is set along Malibu’s coastline. Whether you choose to dine beach-side in the hotel’s restaurant, enjoy a transcendent massage in the on-site spa, or just unwind on the sandy exclusive beach of the Inn, you will, for sure, have an unforgettable time.

Best things to do in Los Angeles:

No matter how many vacation days you may have, one vacation is definitely not going to be enough to take in all the beauty of the stunning city of angels. However, if you follow our humble guide, you may be able to enjoy the best of the best of what sunny LA has to offer. 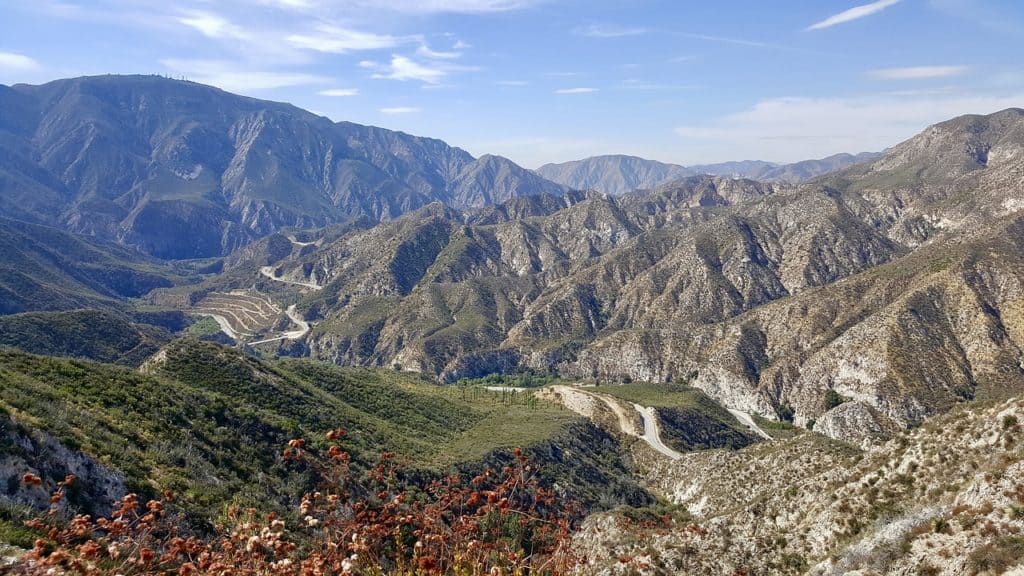 Over 1,000 square miles of wilderness and 53 trailheads, Angeles National Forest is an unmissable part of everyone’s Los Angeles experience. Thanks to the diverse nature of this marvel of a landmark, there is something for everyone to do, you can hike, bike, jog, or even ski. 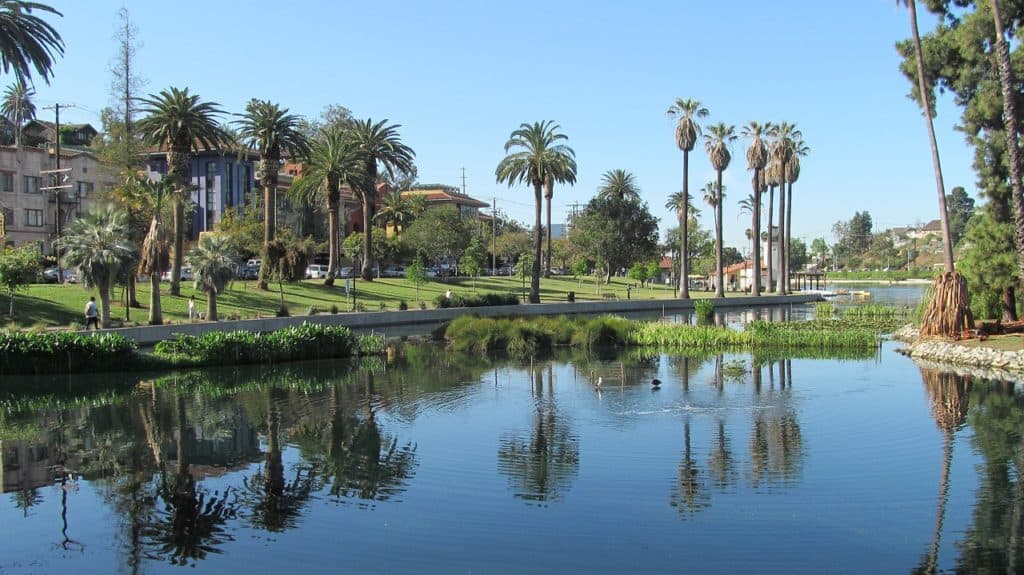 Want to experience the LA you see in those Hollywood movies and TV  you love, then you absolutely can NOT skip visiting Echo Park Lake. Whether you feel like taking a stroll under Los Angeles’s warm sun, going on an intimate picnic at dusk, going for an invigorating jog around the lake, or going in a pedal boat in the lake with ducks floating all around you, Echo Park Lake will deliver with flying colors. 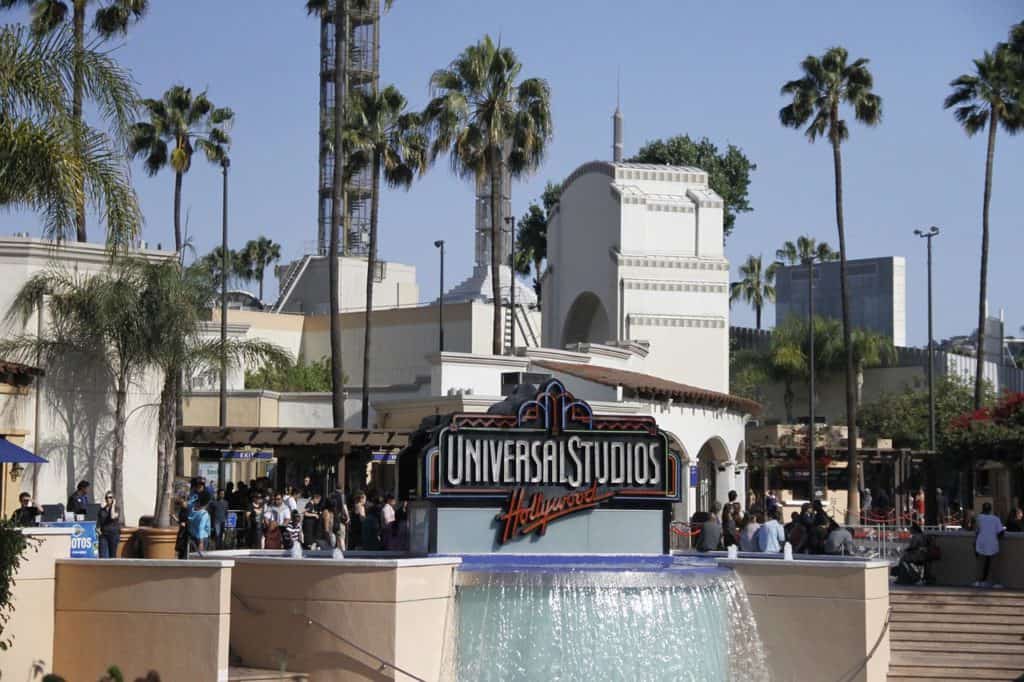 Another Los Angeles must, Universal Studios Hollywood is more than your average amusement park. Your tour in Hollywood’s Universal Studios is everything it promises to be; hanging with Homer Simpson, turning into a Minion, dodging dinosaurs, and so much more. Completely immerse yourself into the magical world of movies and TV, stand where some of your favorite pictures were filmed, and feel that old Hollywood magic everyone speaks of. 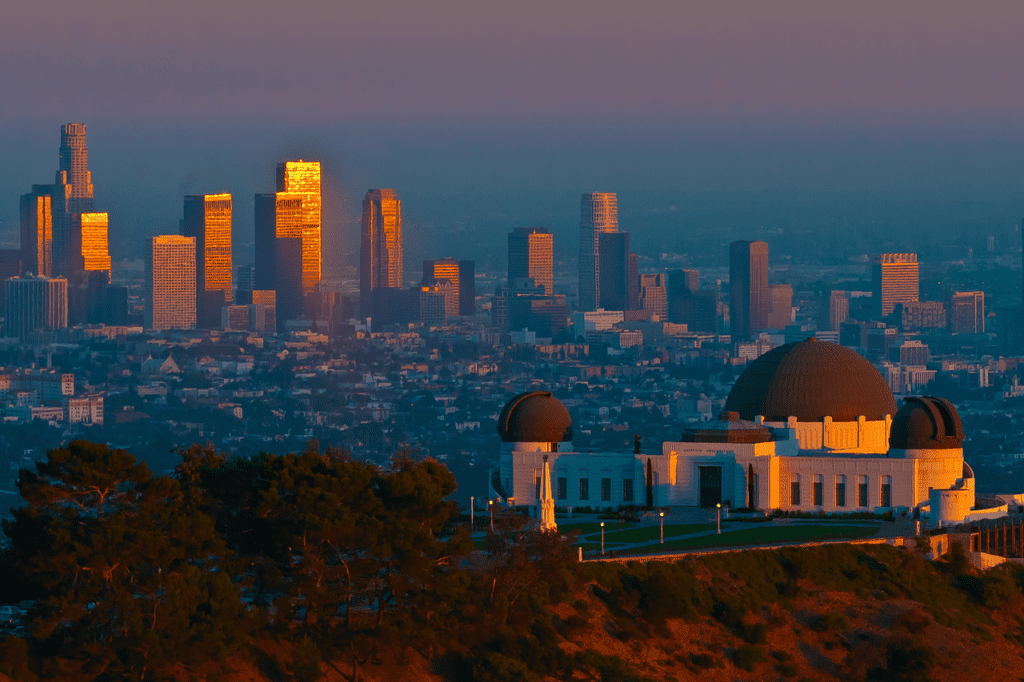 Lose yourself among the stars above in one of the best and most significant attractions in the City of Stars, Griffith Observatory. On top of Mount Hollywood in Griffith Park, Griffith Observatory is an Art Deco stargazing spot that, on clear days, offers a view of the entire LA Basin, surrounding mountains, and the Pacific Ocean. From the observatory’s rooftop viewing platform, you get to see the city’s entire skyline, the Hollywood Hills, and of course, the famous Hollywood sign. 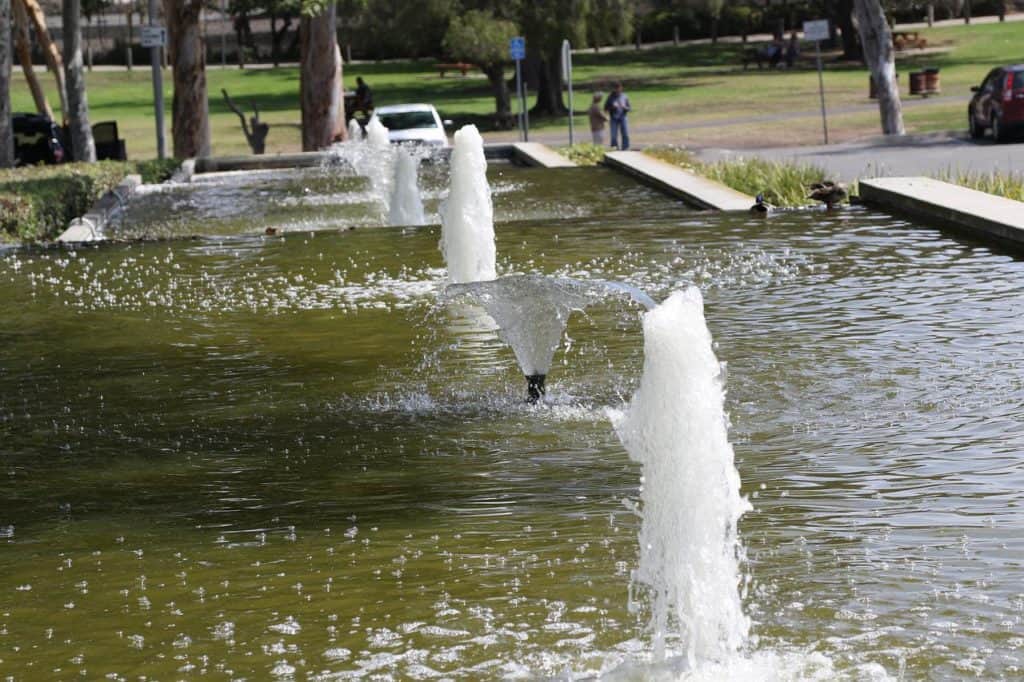 The Huntington is not just an ordinary run-up-the-mill landmark, the Huntington has millions of manuscripts, thousands of books, tens of thousands of plant species, and countless art objects. The gardens of the Huntington, which are no less than extraordinary, include the Desert Garden, the Rose Garden, and the Japanese Garden. Don’t forget to pass by the Conservatory where the Carnivorous Plant Bog and the Rain Forest act as a spectacular learning experience.

Whether you choose to follow our guide or decide to let the magic of LA carry you through, one thing for sure is that you will definitely have the time of your life in the one and only La La Land!

This post first appeared on Connolly Cove Ireland Travel, please read the originial post: here
People also like
Riqui Puig makes his LA Galaxy debut off the bench after Barcelona move
4 principles for building an MVP even if you can’t write a single line of code
How To Help Your Husband Get On Board With Prepping – Part 2
5 Celebrities Who Use CBD To Stay Calm And Relaxed
Analysis of a Cosmetic Dental Treatment

All You Need to Know about the City of Angels: Los Angeles