Road trip in the South of Tunisia

Want a change of scenery and an unforgettable adventure? Want to learn more about different cultures? A trip to the heart of Saharan culture is perfect in the south of Tunisia where we will find spectacular landscapes. This ConnollyCove guide will allow you to discover the best places to visit and the essential discoveries for a road trip in the south of Tunisia.

This island is best known in southern Tunisia. Often tourists land at Djerba airport rather than Tunis for a trip to the south of the country. It is known for its Mediterranean beaches and white desert towns influenced by Berber, Arab, Jewish and African cultures. Indeed, in Djerba lives the last Jewish community of North Africa and Jews and Muslims live in perfect harmony, intolerance and respect in the city. 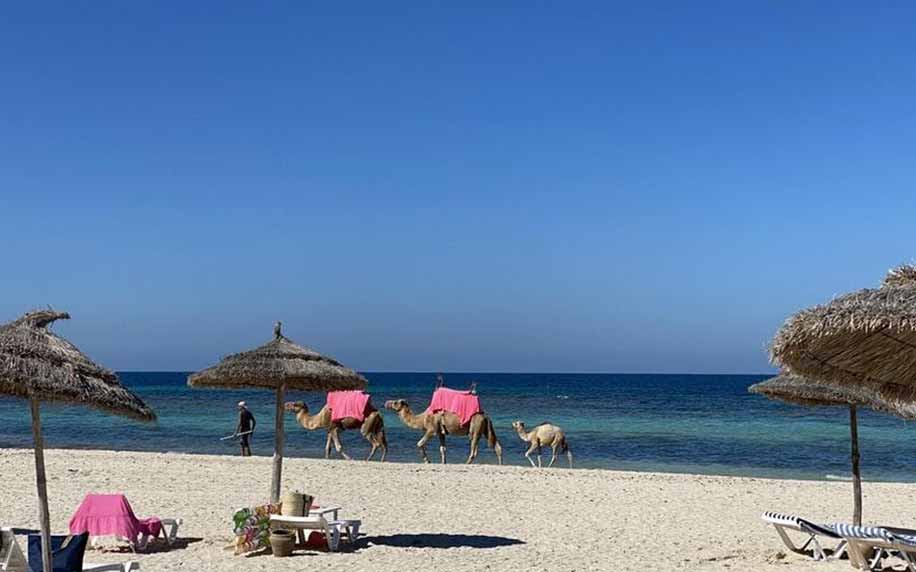 Djerba Island is a popular tourist destination for those visiting Tunisia.

It has the oldest synagogue in the world, it would date from the end of the Temple of Solomon. It’s the Ghriba synagogue, a must-see place. In Djerba, there is also a huge complex of several museums called Djerba Explore. The most popular in this place is the crocodile farm which is a very impressive Park and crocodiles desert with more than 400 crocodiles. We also recommend that you board a famous pirate ship in the city that will take you on a deserted island where you can taste local dishes. During the cruise, there are entertainment and dances.

Tataouine and the troglodyte villages

The Tataouine region is a desert place, with beautiful ocher reliefs, Berber traditions and troglodyte villages perched on hills. The old villages are magnificent, the atmosphere is absolutely calm. 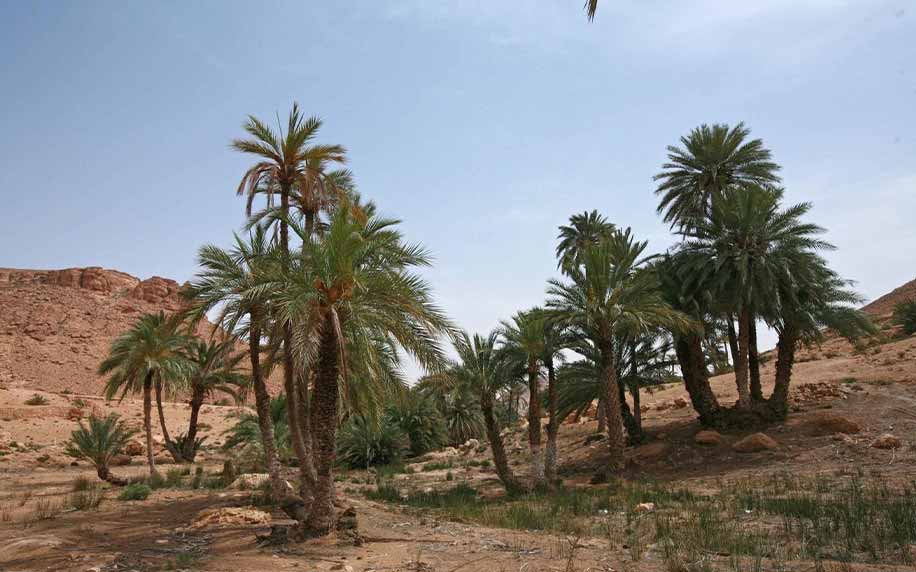 The region of Tataouine is filled with ksars and granaries.

The region of Tataouine still offers us great discoveries with its ksars. These are old granaries that served an essential function for the survival of villages throughout southern Tunisia. A Ksar consists of a courtyard stacked with tens or even hundreds of small-scale doors. These are rooms in which the inhabitants of the desert stored their crops of seeds, flour, dates and oils to preserve food for very long periods. These attics are real natural fridges, maintaining a stable temperature all year round, cool in summer and mild in winter. Today they are preserved for their incredible architecture. Ksar Ouled Soltane and Ksar Hadada are the best known in the region as they are the locations where the Star Wars saga was filmed. One of the most incredible tourist spots in Tunisia. West of Tataouine is also another ksar called Hallouf, which overlooks a quiet village. 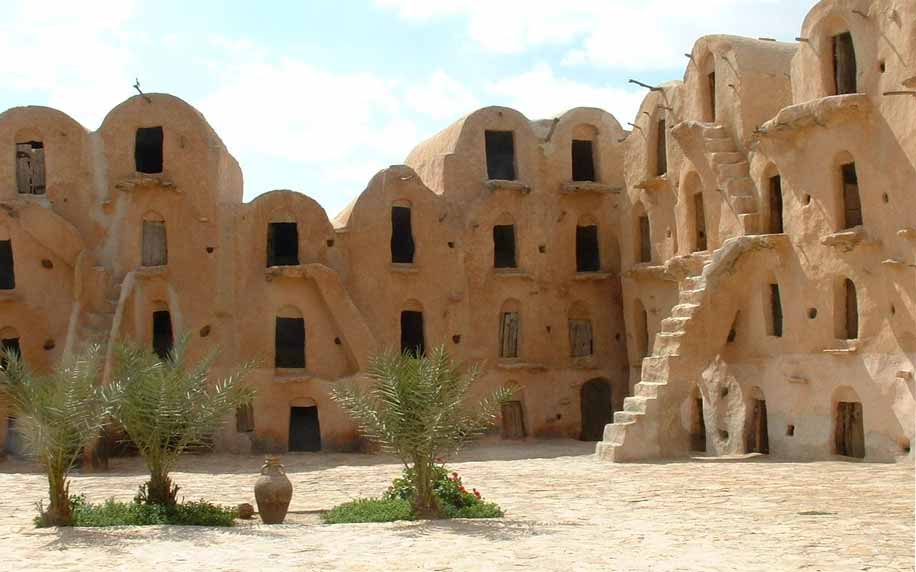 Beber is home to fascinating structures that serve as homes known as semi-troglodytes.

Douiret and Chenini are the two most famous fascinating Berber villages in the Tataouine region. Douiret is made up of semi-troglodyte houses and a castle at the top of the hill.

Matmata is best known for its troglodytes, underground constructions where the local Berber population live. 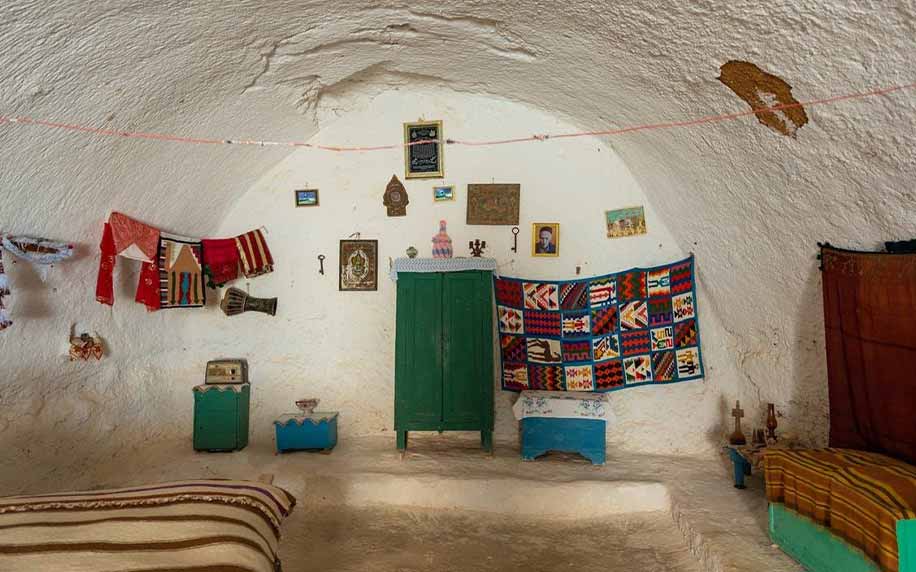 Matmata homes are underground and are sometimes referred to as troglodytes.

We recommend that you stop in the ancient Berber village of Toujane to admire its grandiose panoramas. In the village of Tamezret, we recommend that you visit the Berber Museum. In this troglodyte house, you will find a typical house exhibiting the clothes, fabrics and utensils typical of Berber life. An interesting approach to this culture and these customs. These three villages offer magnificent landscapes.

Douz: in the heart of the Tunisian desert

Douz is a city to visit in the south to observe desert fauna. It is also the largest palm grove in Tunisia. You can ride a quad there and eat delicious traditional dishes. Jabil National Park is the largest and most recent of Tunisia’s natural spaces. This park has a small museum presenting the specific fauna and flora of the Tunisian desert. The animals present in the park are the antelope, the gazelle and the dromedary. 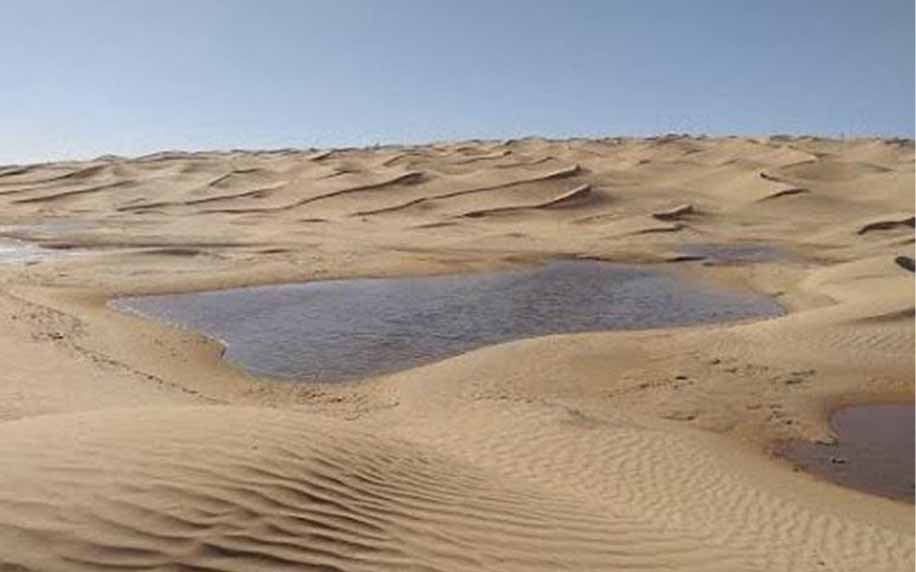 Douz is renowned for its desert flora and fauna.

Close to this park is also one of the most famous tourist sites in Douz is the Oasis of Ksar Ghilane. It is a very famous place where ocher sand, palm trees, dunes, hot springs, typical cuisine and legendary southerner’s hospitality meet. There is a hotel offer within the oasis for a total change of scenery.

Tozeur: the pearl of southern Tunisia

The Tozeur region is spectacular. Indeed, the city of Tozeur itself is interesting for the Medina. This is also called the district of old Ouled el Hadef, it is one of the best-preserved districts in Tunisia. It has a magnificent stone wall that surrounds it. At the entrance, there is the traditional stone of the region: the briquette. All the walls and most of the administrative buildings are made from this material built in the southwest of the city. The speciality of Tozeur is therefore the sand-coloured briquette but also the dates. 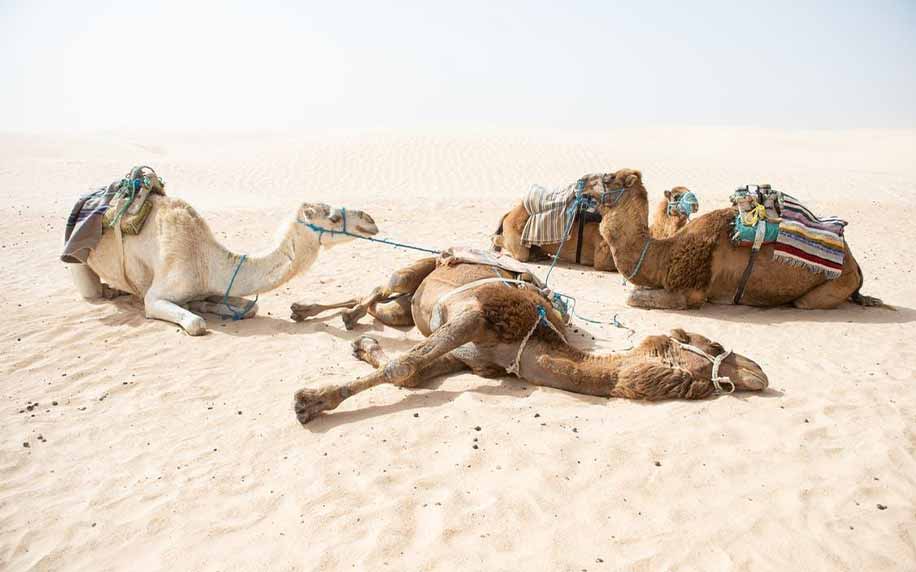 Camels serve as a main mode of transport in Tunisia.

The Ras El Aïn park in the centre of which an artificial rock sits as a belvedere is a tourist spot to discover since this site gives a panoramic view of Tozeur, the palm grove and the Sahara. In order to discover the culture of southern Tunisia, we recommend that you visit the Dar Cheraït Museum in Tozeur. This museum, in the heart of the oasis of Tozeur, is divided into two parts. The first is a replica of a small palace where scenes from 19th century Tunisian life have been reconstructed, through living rooms, important everyday moments and customs. The museum houses a collection of works of art from the 17th to the 20th century of the Ottoman Empire. The second part is the world of One Thousand and One Nights, Aladin and Ali Baba. 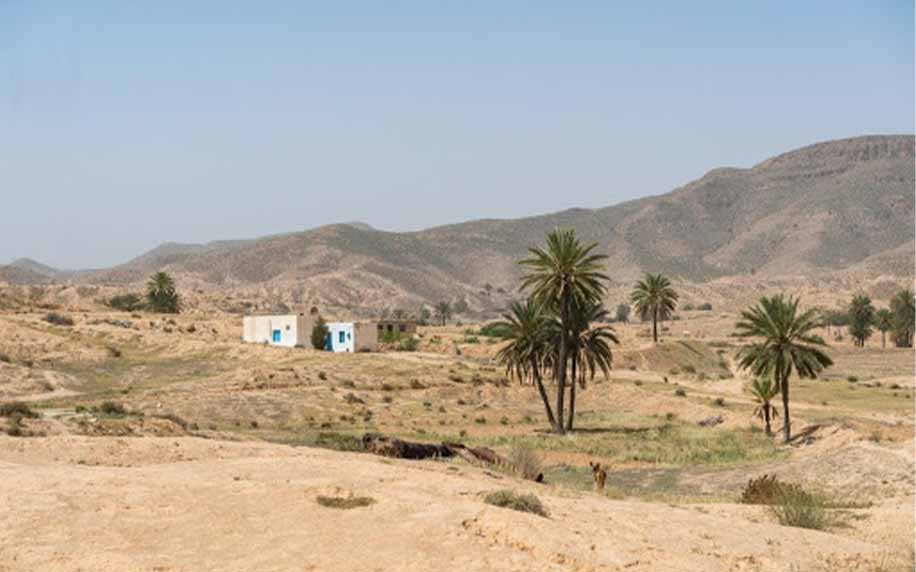 People visit Ras El Ain Park to get a panoramic view of Rozeur, the Palm Grove, and the Sahara Desert.

The Chak Wak Leisure Park is a cultural project of Abderrazak Cheraït, the creator of the Dar Cheraït museum as well. It covers an area of 5 ha. It is a space made up of figurines created specifically for the park. During the walk-in this oasis space, you will then meet nearly 50 dinosaurs, other species of animals such as giraffes, camels, donkeys as well as humanoid figurines, special effects of sounds and lights in order to create a historical route in this garden. 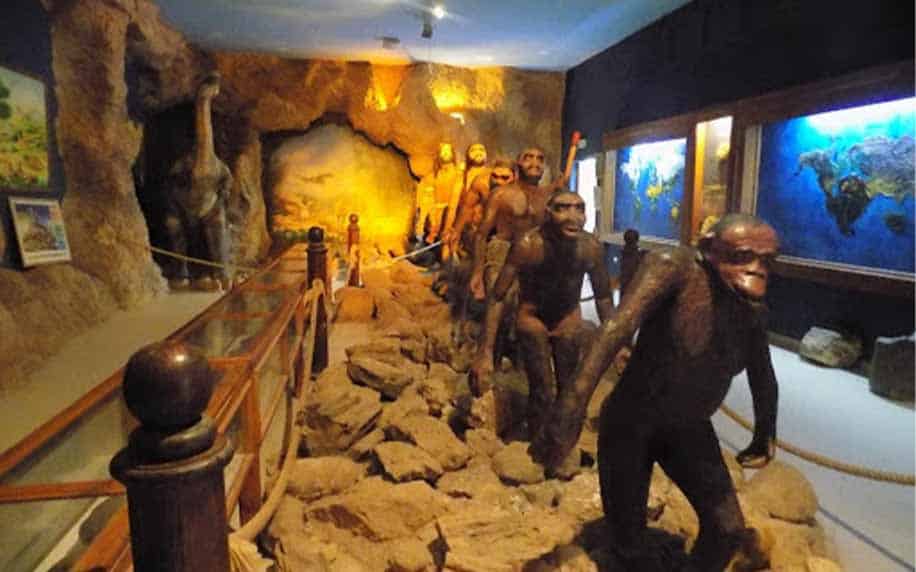 Chak Wak Leisure Park is a cultural project of Abderrazak Cheraït with plenty to see and do.

On the road from Tozeur to the south, you will find a Salt Lake called Chott El Jerid, a huge salt desert where mirages are present.

Near the Algerian border, west of Tozeur, there are 3 priceless pearls still untouched by mass tourism that must be discovered.

Mides is an old village nestled on a rocky promontory and surrounded by an army of date palms.

The post Road trip in the South of Tunisia appeared first on Connolly Cove.

Road trip in the South of Tunisia