@VisitCZ #visitczechrepublic Prague earned the title of city of a thousand spires for good reason. Its thousand-year-old skyline has beautiful views of domed churches and old towers that combine to make Prague one of the world's architectural gems. The city is a perfect combination of Gothic, Baroque, Renaissance, and Art Nouveau styles, which makes it an ideal tourist destination as it provides endless photo opportunities.

Step-by-Step Guide on Creating the Ul…
On Death and Subculture
GetResponse Review-How to Setup
Hired an Autosleeper Duetto
Uncertainty, COVID-19 and Estate Plan…

Prague is a visually stunning city and is one of the best places to visit in Europe. Prague is B-E-A-U-T-I-F-U-L. Its like the city was lifted from a child's playbook.

Prague is considered to be quite cheap compared to other major European cities such as Paris, Rome, London, Munich, Barcelona and Venice. The city is perhaps best known for its historical monuments, amazing original architecture, rich culture and art. Prague is a good time city that also has some serious history to share. Just be aware that you'll be far from the only tourist!

Go to Prague if you like a beer, you like a party, you like quirky Gothic/Baroque architecture. It is also famed for its nightlife; having long been the destination for Europe's soon-to-be-married, the streets of the city inevitably buzz with bachelor and bachelorette parties every weekend. The bohemian writer Franz Kafka was from Prague. The city's Jugendstil/Art Nouveau architecture can really take your breath away.

If you're a fan of baroque architecture then you'll love all the amazing historical buildings there. It's also very pedestrian friendly so you can enjoy some on-foot exploration during your trip there and save yourself a bit of money. This is the perfect city to understand the European culture. Usually, Prague is in the top of the cheapest European cities to visit.

Prague boasts of a lots of clubs and bars at lower prices than in western europe which make it an attractive nightlife destination. You can taste good Czech beer. Due to its good connections via rail (for example direct to Vienna, Bratislava, Budapest, Krakow, Warsaw, Dresden, Berlin, Hamburg) and airplane you can easily add Prague as a stopover in your European travel itinerary. 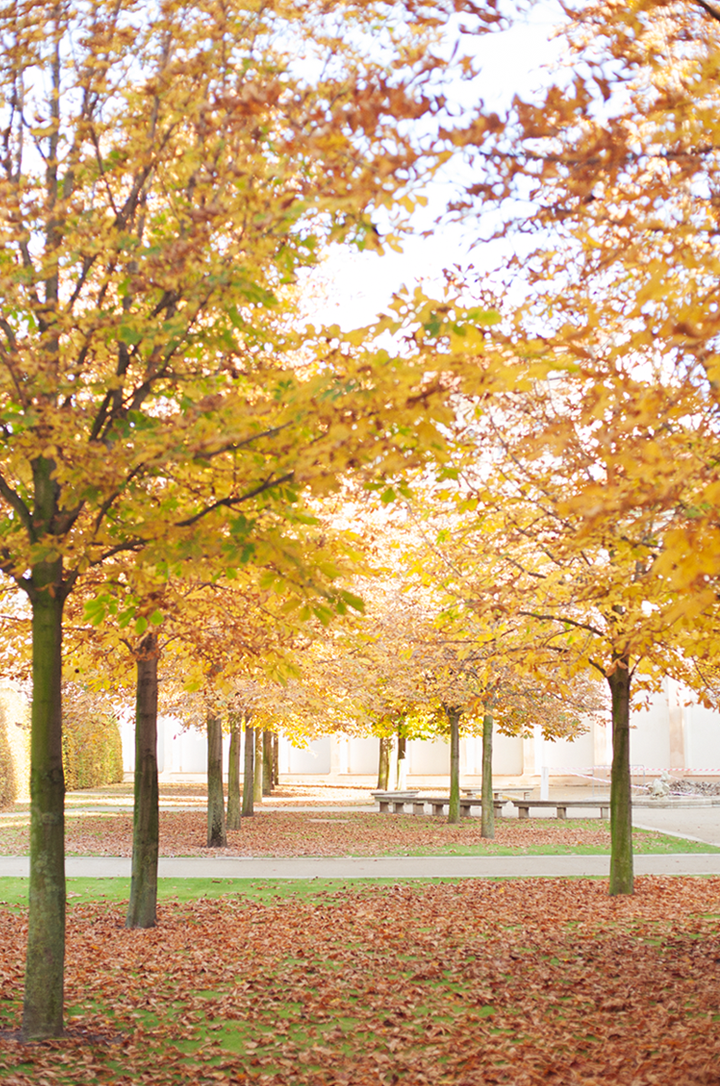 Below are the must visit sites in Prague for those who enjoy exploring, history, and powerful views.

Sitting over the Vltava River, the Charles Bridge is one of the most recognizable old bridges in Europe. Built in 1357, the bridge has accumulated many superstitions over the years. For example, the builders believed they needed to lay the initial bridge stone on the 9th of July at exactly 5:31 am, a precise set of numbers (135797531) in order to give the structure additional strength.

Additionally, the bridge was constructed in perfect alignment with the tomb of St. Vitus and the setting sun on the equinox for added good measure.

The bridge is also known for its accumulation of old statues. Among the most well-known are those of Holy Roman Emperor Charles IV and John of Nepomuk, the country's most revered saint, unveiled in 1683. The John of Nepomuk statue is also involved in the bridge's superstition as it is said if you rub the plaque at the base of the statue, it will grant you a wish.

Additionally, although the Charles Bridge is a great site to visit for its cultural role alone, it is important to note that its views are spectacular. The structure's superb Gothic gates frame the magnificent views over the Vltava River. Avid traveler Jeremy Wien feels the Charles Bridge's views really allow you to appreciate the city as a whole: 'Walking across the Charles Bridge is magical as you view Prague's incredible combination of beauty and history.'

Sunset is an ideal time to visit the bridge, however, there are never large crowds at this bridge so enjoy the views when convenient for you on your trip.

Located in Prague's Hradcany neighborhood, Prague Castle (Pražský hrad), once the home of Bohemia's kings, is today the official residence of the Czech Republic's President and one of the city's most visited tourist attractions. The Prague Castle is one of the focal points and most recognizable aspects of the city's skyline.

The castle was originally built as a walled fortress around AD 870 but has changed dramatically over the years. Consequently, the castle now contains examples of many of the leading architectural styles of the last millennium, epitomizing Prague’s melting-pot architectural style.

Within the castle walls are a number of Prague's most popular tourist sites, including St. Vitus Cathedral, St. George's Basilica, the Powder Tower, the Old Royal Palace, and the Golden Lane, truly making it a must-see for anyone visiting the city.

As the largest castle complex in the world, this vast fortress requires considerable time to tour, but it's time well spent. Highlights include the Old Royal Palace's main hall and the Vladislav Hall (which was previously used for jousting tournaments), and the Royal Garden. This garden dates back to 1534 and is home to a number of superb old buildings, including the Ball Game Pavilion, the Royal Summer House with its Singing Fountain, and the Lion's Court.

Because the castle is so extensive, one of the best ways to explore it is with a Prague Castle Walking Tour in order to make sure you see all the highlights in an organized way. Among things to do in Prague, take an evening stroll through Prague Castle (Pražský Hrad). It is former seat of the kings of Bohemia and one of the most important historical monuments of the country. At night it is illuminated with lanterns and the view is spectacular.

Later visit St Vitus Cathedral. The most famous cathedral of the city, the arches of which can be seen from different parts of Prague, it is so majestic and picturesque, a real gem of Gothic Art. Free entrance to the front part of the cathedral.

See Lobkowicz Palace and the Old Royal Palace. If possible, try to catch the changing of the guard at noon.

Dancing House is also known as, drunken house. It is a modern architectural landmark of Prague. The building was built twenty years ago on initiative of Vaclav Havel, in the place of a vintage residence, that was destroyed during bombing. Inside is a contemporary gallery.

Stop by St. Nicholas Church next. It's a living beauty reflective of Baroque style architecture. Legends like Mozart have performed concerts in this church. Once you’re done exploring the church, go over to Petrin Tower.

Named after the patron saint of Bohemia, whose statue can be seen here, Wenceslas Square was created in the 14th century during the reign of Charles IV as a horse market and has since become one of the city's most important public spaces, still used for demonstrations and celebrations alike. Located in the heart of New Town, Wenceslas Square is a vibrant area of hotels, apartments, restaurants, bars, and nightclubs.

It is the entertainment and nightlife center of Prague, and the main shopping and commercial districts begin here, making it the perfect place to learn about the city's culture.

The square also plays an important role in the city's political history as it has hosted everything from anti-communist uprisings to celebrations of national sporting achievements, Wenceslas Square is where the Czechs gather to let off steam and can hold up to 400,000 people!

At the top of Wenceslas Square is the monumental National Museum, and just off to the left is the Prague State Opera, making it an easy spot to experience many different aspects of Czech culture and history.

Prague is also known for possessing one of the best-preserved historic city centers in Europe. The narrow laneways of Prague's endearing Old Town open up onto spectacular squares, each home to well-preserved historical buildings just waiting to be explored. Right around the corner from Wenceslas Square is the cultural and historic hub: Old Town Square. One of the best places to visit in Prague is the Old Town Square which is one of the best places to visit in Czech Republic. As you visit this place you will get to see various historical buildings with stunning architecture on both the sided of road.

It is a great place to get to know the city and explore. Here, you'll find the Tyn Church and the Clementinum, along with numerous other fine old churches, as well as architecture dating as far back as the 11th century. The highlight of the square is the wonderful early 15th-century Astronomical Clock.

The Czech capital is dotted with some of the world's most famous examples of Gothic and Baroque architecture, like the Astronomical Clock in the town square. Each hour, it springs to life as the 12 Apostles and other figures appear and parade in procession across the clock face. You can enjoy a meal near the clock, you have the choice between several fantastic restaurants in the square, and watch the clock entertain everyone on the hour. Even locals stop to enjoy the historical charm the Astronomical Clock regularly brings.

Other highlights include the Old Town Hall and its Gothic doorway leading to its enchanting interior that features art exhibits, a chapel built in 1381, and an old prison. Be sure to make the ascent (by stairs or elevator) to the top of the Old Town Hall Tower for its fine views over Prague.

Most people spend about 48 hours in Prague and move on to the next destination. However, Visit Castle Karlstejn before leaving Prague. It's a Gothic Castle located about 31 Kms away from the main city and makes for an excellent day trip. The only way to reach here is by train from the main railway station.

Because Prague didn’t face the severe damage to its buildings and monuments that many other places did during World War II, it is a rare gem and a breathtaking mix of Baroque, Gothic, and Renaissance architecture that is hard to find anywhere else in Europe. As a cultural and historical hubspot with great food, people, and views, it truly should be on everyone's list of European cities to visit.