Spend your Next Christmas at Disney World 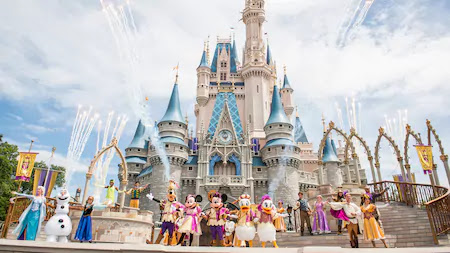 I can't think of a better way to enjoy the holiday season than having Christmas at Disney World. Disney is the most magical place I've ever visited; and I'm not just saying that because every Disney advertisement states it.

With a baffling Q4 looming, here’s ho…
Top Things to Do in San Francisco, Ca…
Who is Ted Boehly, the American billi…
Realizing Opportunity at the Edge wit…
Hampton Cannabis Expo Founder Gary Bi…
From the moment you set foot on Disney's grounds, to the moment you wave goodbye to your resort, you will be bathed in magic. Disney supplies a definite magic to everything they do. When the magic of Disney is combined with the magic of Christmas, it results in jaw dropping unforgettable experience.
Christmas at Disney World is different than any other Disney vacation. Everywhere you look is an array of sparkling decoration sand a never-ending lineup of special productions and events. Disney really goes all out when it comes to bringing the magic of Christmas to the Disney World theme parks.
Epcot Theme Park
Christmas at Disney World transforms Epcot into a 'round the globe' party loaded with yuletide illumination and live merriment. 'Holidays around the World' with the 'Candlelight Procession' are just two captivating holiday celebrations you'll see during the holiday season.
'Candlelight Processional' is an exclusive event performed 3 times each night at the American Gardens Theatre in Epcot. Hear the story of Christmas with a special celebrity narrator and a grandiose orchestra and a 500-member choir. Candlelight Processional is a wonderful way to enjoy the Christmas spirit with your family as you share in the magic of the holiday and Disney World combined.
The Magic Kingdom
The Magic Kingdom is host to 'Mickey's Very Merry Christmas Party'. The party is a spectacular event held on select nights during Christmas at Disney World. This festive celebration is filled with breath taking fireworks and a holiday parade anchored by Santa himself.
'Mickey's Very Merry Christmas Party' includes:

Disney Hollywood Studios
You can't miss visiting Disney Hollywood Studio during your Christmas at Disney World vacation. The Christmas light show is like no other and will stick in your memory forever. Disney Hollywood Studio is host to the 'Osborne Family Spectacle of Dancing Lights'. While enjoying the park you will be experiencing the Osborne Light episodes every 15 minutes, where the fabulous display of lights "dance" while keeping time to the holiday music that's piped in. While this light extravaganza is transpiring, there is a light snow falling in the background that adds to the magical holiday ambience. You definitely don't want to miss this experience on your Christmas at Disney World trip.
For some awesome ideas, tips and more regarding Christmas at Disney World, log onto:
Read more: http://www.articlesphere.com/Article/Spend-your-Next-Christmas-at-Disney-World/261329#ixzz51tPtPqHa

Spend your Next Christmas at Disney World