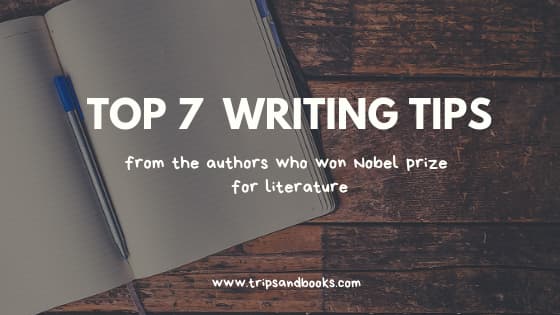 Writing is an art that is challenging at times but can be rewarding too. It isn’t easy to impress readers by your words. Making someone inspired by your writings require excellent skills. You should be able to produce engaging write-ups that attract the readers.

Why Lawyers Use Legal Pads?
It’s Me – Chapter 12
Top 4 Solutions to Track an iPhone by…
What Your Sexual Dreams Can Tell You
“BUY Sqribble? My Honest Review!
Not all people are indeed able to produce quality write-ups. There is nothing to be ashamed of it. There is always room for improvement if you are willing to do so. The same thing goes with writing too. There are certain aspects of writings which if are improved so; there is a possibility that readers will surely like it.
However, most writers aren't aware of their weak areas. They write without analyzing their Writing. Everyone makes mistakes, but they can only correct them if they do know where they are making mistakes. This problem can only be solved if writers are either critically evaluating their writings or are following certain guidelines to make their work sound good and up to the level of perfection.
Most of the people are more comfortable with the following tips to get their writings to improve. To improve your writing skills, no one can guide you better than those people who have won the Nobel Prize in literature. These people are the Einstein of English literature. Their writings have all the essential elements which are required for being a good writer. These people have shared their opinions and views, which clearly defines those tips by which a writer can improve. In this post, we will discuss seven writing tips from the Nobel Prize laureates, which will help you in improving your writings.
The seven tips are as follows:
1. Avoid using big words:
V.S Naipaul had won the Nobel Prize back in 2001 and has mainly focused on the legacy of the British Empire’s colonialism in his novels. He had often advised young and emerging writers to avoid using big words. He urges me to use small words as they make you think about what you are writing. Writing in small words can also help break down complex ideas. When small words are used so, readers find it easy to understand the overall meaning of the text.
He also stressed on using proper grammar and words. Avoid using words whose meaning is not cleared and if the writer is a beginner so, use few adverbs and do not use too many adjectives because this can affect the flow of your writing.
2. First, write and then edit:
In 1962, John Steinbeck was awarded the Nobel Prize for his imaginative and realistic writings in English literature. John believed that writers should not be in a hurry to complete their write-ups. They must be patient and should move forward, step by step. He urges that writers should write freely and naturally. Don’t worry about the mistakes and don’t start editing while you are still in the writing phase. First, complete your work and then proofread it. Let your ideas get poured on the paper, once you are done with it, then start the editing process. This will not affect your flow and rhythm and will also guarantee that work isn't done in a hurry.
3. Write to connect:
Saul Bellow is one of the great Canadian-American authors. He has successfully published 14 novels and has been awarded the Nobel Prize in 1976. His writings brilliantly described intimacy and understanding between both the reader and the writer.
He suggests writing in a way that will compel the readers to get engaged in your writings. Focus on showing the characters in a way that readers can feel and experience it. Include other elements too, which are important to produce a good story. Your story should have some thriller, suspense, or tension as these elements play a vital role in connecting the readers. Write in a conversational tone, so; the writers might feel that you are connected to them, and they can appreciate your work.
4. Don’t fill up your work with someone’s ideas:
The Nobel Prize laureate Wole Soyinka, who was a famous Nigerian poet and writer, advised writers to write in their way rather than copying someone else ideas. Writing first requires a lot of reading as reading from different sources will enhance your writing skills, but this doesn't mean to copy someone else's work. Be selective about the references you want to include in your novels. Your writings should be a result of your efforts rather than the work of other people.
5. Learn from your failures and mistakes:
William Faulkner suggested writers not to be discouraged if they get failed. All of us did fail when we wanted to do something with perfection. Avoid discouragements during the process of creativity. Your first story might disappoint you; it won't be up to the requirements. But, you will learn from your mistakes and will avoid making them.
6. Write regularly with great inspiration:
Mario Vargas Llosa earned the Nobel Prize in 2010. He encouraged writers to stick to a writing schedule and follow it wisely and strictly. Keeping a writing schedule will help the writers to produce a gradual flow in their writings and will also help in generating more ideas.
7. Avoid using dead language:
Toni Morrison also urged that writers should avoid using words that are unattractive or gives a bad impression to the readers. Words that promote genocide, slavery, and war should be avoided. Write in such ways that give readers a positive impression because positivity attracts readers.
Improving your writing skills does require time, but, it isn't that much difficult if you follow guidelines. Some best writers of all time give the guidelines as mentioned above. Follow these tips, and you will surely improve.
AUTHOR BIO
Mitchell Starc is an experienced writer who is working in this field for the past six years. He likes to write about a diverse range of topics like; health, fashion, lifestyle, technology, and literature. Moreover, he has also worked for 7 dollar essay, helping students boost their creativity.