Things to do in Luxembourg city (Video) | Weekend itinerary

Luxembourg City – the capital of “Grand Duchy of Luxembourg” dates back to Roman era, thus there's no scarcity of historic monuments, great history, arts & architecture, along with French-German fusion cuisines.. has so much to offer every visitor; yet is super- compact that makes it possible to explore in a day or over a weekend. 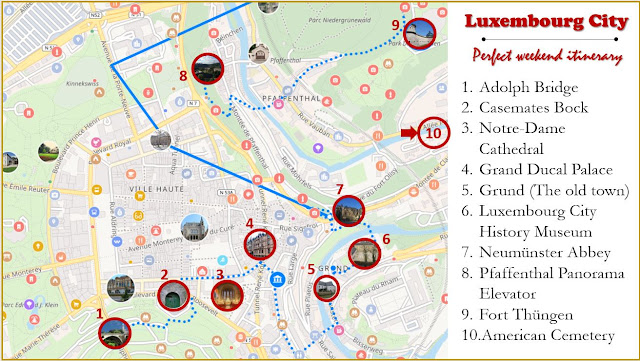 1. Adolphe Bridge
Address: Uewerstad, 1212 Luxembourg
At a height of 42 metres, the 153 meter long Adolphe bridge was once the of “biggest stone arch bridge in the world”!. In today’s world this height or length is nothing – but it does provide some of striking views of Luxembourg city; walking / biking on this bridge take your breath away!

When you’re in Luxembourg city, you must explore the Bock Casemates - the17 kilometres long fortification tunnels, that were used as a bomb shelter for 35,000 people during World War II. It is also UNESCO World Heritage Site.

Extremely impressive outside and inside! Entrance is free and not far away from other main attractions. After watching the Paris fire tragedy unfold it makes it more imperative to visit treasures like this while they are still somewhat in their natural beauty.


4. Grund (The old town)
Address: 13 Rue Plaetis, 2338 Luxembourg
Located in the lower fortified part of town, on the banks of the Alzette River, The Grund is one of the most beautiful and authentic areas of the city. With Bock Casements all around, this district houses popular attractions like Neumünster Abbey, Grand-Ducal palace and the City Hall.

Former abbey now is cultural center with exhibitions, concerts, performances. Our biggest problem was finding a way down 😊, there’s no clear direction, don’t hesitate ask someone if you’re struck with google maps.

The Palace is not far from the main shopping areas in the city centre. It is a large building with lovely ornate architecture and soldiers standing guard outside. It’s open only during the summer months, we couldn’t go inside the palace, so I can only comment on what I saw outside.

This impressive museum to located next to the Grund. The museum is built over four renovated 17th Century buildings, reflects upon not only the history of Luxembourg as a city and a nation, but also the architectural diversity and development of the city and its population since the 10th century.

The Pfaffenthal elevator gives magnificent views over the hill and the city while you either go up or down (yes it is worth taking it both ways). The view from the observatory deck is amazing. It is indeed free of charge!.

The museum “Drai Eechelen“ is located in the extraordinary restored keep of the fort Thungen, built in 1732-33. More than 600 objects and original documents, many of which have never been shown before, highlight the richness and the diversity of the museum’s collections.

Surrounded by woods and set on a gentle, sloping hill, the cemetery, where 5000+ American soldiers are buried, is a striking reminder that freedom is not free!. It’s a bit far from the city centre. If you have time left, do plan to visit this historical monument. 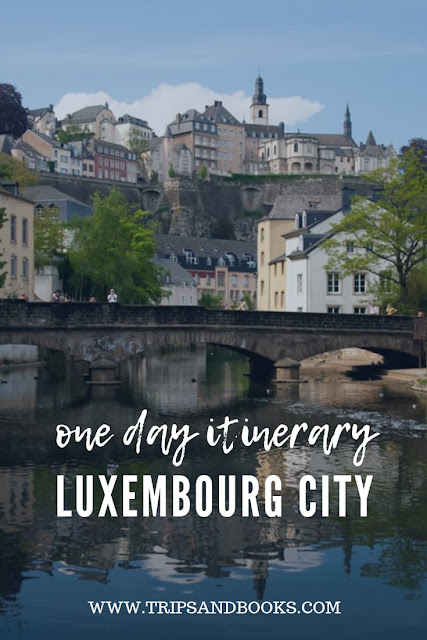 Did you like the post?
If so, please share it on your social media and with your friends.
If not, please take time to comment/email your feedback, that would help me to improve the site - for you and for other readers!. Thanks in advance.

Things to do in Luxembourg city (Video) | Weekend itinerary