Here we have all requirement a person needs to meet before becoming an Australian citizen. 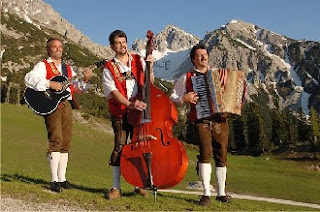 In a situation where there are no legal claim to naturalisation other relevant factors are considered such as the standard requirements for naturalisation, the general public interest, the degree of integration and the overall conduct of the applicant (Art 11 of the Austrian Citizenship Act (StbG) - German). Read More: KarisasTravel News
Here are more details on becoming an Austrian citizen - Children (including adoptive children) of Austrian nationals who are younger than 14 years of age do not have to prove German Language Skills and knowledge of history, do not need a proof of sufficient means of subsistence, and do not have to renounce their former nationality.
Children who were born on or after 1 August 2013 acquire Austrian nationality by descent, also if they were born out of wedlock and their father is an Austrian national if paternity has been acknowledged or established within eight weeks after the birth of the child.

Other ways of obtaining citizenship

Content in the Austrian law book - The Austrian Citizenship Act outlines that persons who want to become Austrian citizens have to meet certain standard requirements such as knowledge of the democratic system and history of Austria and the province where the applicant has her/his primary residence. Applicants who are younger than 14 years of age do not have to prove knowledge of history.
History of Vienna: 800 KB PDF
Applicants will receive the learning materials for the other part of the citizenship test when they fix a date for the test. The learning materials provided by the federal government are available for download from the website of the Austrian Federal Ministry for Europe, Integration and Foreign Affairs. The Austrian Federal Ministry of the Interior is responsible for the contents of the learning material.