Family friendly safari – how to make it reality

When we started tossing around the idea of a Safari a few years ago, it seemed like an impossible dream. I had been to Tanzania before and I remembered how hard it was to plan, how much red tape their was, how long the flight was, etc, etc, etc. Going through all that with two kids seemed like an huge task. How does one go about finding a family friendly safari?

Choose The Guy You Want To Marry, The…
Jam.GG – Play Retro Games online with…
What would happen to a modern-day Mos…
UK’s Top 5 most accessibility friendl…
iHerb – Digestive Health sale + Coupo… 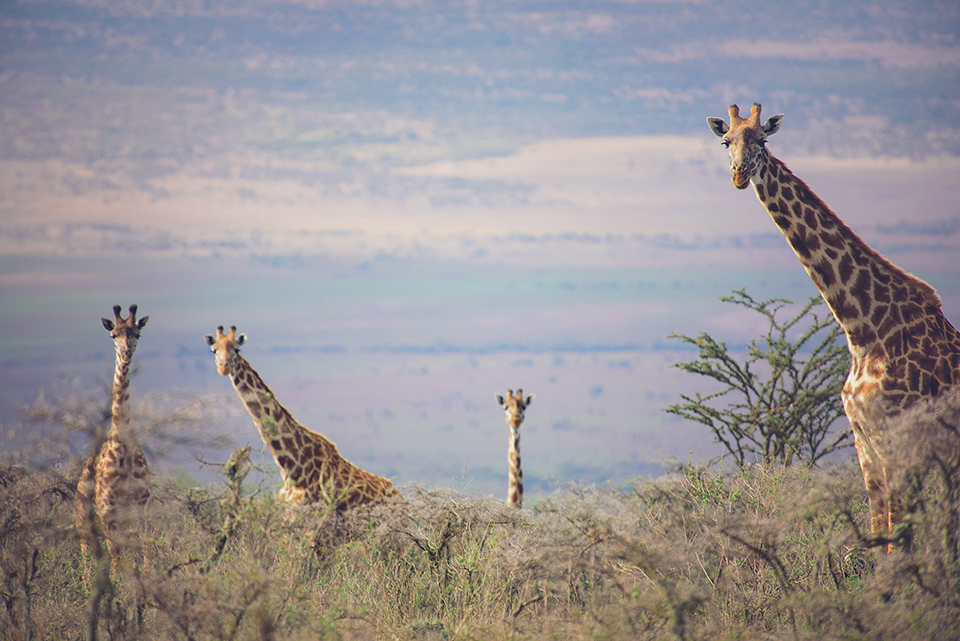 Well, we did a lot of research. And we planned meticulously. And we used a travel agent/tour company who knew what they were doing. A safari isn’t something you do on your own. A tour agency is a must. Whenever I hear of people doing a “self-drive” safari, I cringe. They’re missing soooooo much of the experience. I don’t care how many books you’ve read about the bush, how good of a driver you are or if you have eagle-like eyesight. Without a tour guiding you on where to go, advising you on the best accommodations to fit your needs and a guide to spot animals, you are missing out if you try to do this yourself.

It took us a while to figure out where to go. Africa has 54 countries. That’s a lot of places to rule out. We had 54 cultures to take into consideration. And I can guarantee the average person isn’t even aware of some of them. Ever hear of Comoros? Togo? Neither had I. We were able to cut out the countries we didn’t even know existed pretty quickly, although it was fun learning about them! We knew we wanted to have an authentic safari experience, complete with tented camps, sundowners and sightings of the Big Five. That ruled out places like Morocco, Tunisia and Egypt. We also wanted to rule out countries with political unrest or terrorism (yes we know that terrorism can happen anywhere). That ruled out several countries, including Chad, Nigeria, Libya, Democratic Republic of Congo and Somalia. A quick check of “What country has the best African safari” gave us this list (highest rating being 5)……

It didn’t take us long to decide that Tanzania was going to be the place. We also wanted to add on a beach after the safari. Tanzania is just north of Mozambique – very well know for it’s spectacular white sand beaches – and Zanzibar Island is just off the coast.

My agency works with several African safari companies, but one stood out for us. Rothschild Safaris. Not only do I have a friend who worked there, they are also located in Denver and recently voted World’s Best Safari Operator by Travel and Leisure Magazine. A huge coup. I had tremendous confidence in the company and knew we would be in the best of hands. In addition, everyone in the company had either grown up in Africa, lived there at some point or been there too many times to count. All the employees go there quite often to check properties out and see how everything is going with the people they work with on the ground. I knew we would be taken care of. And that mattered to me a lot considering we were going with our kids. We wanted a great family friendly safari. When finding an operator, make sure they are family friendly. Ask people for recommendations. Make sure your guide has experience with kids. And make sure the company knows your child’s limitations (within reason – kids are kids). We worried a lot about our kid’s atrocious eating habits, but we needn’t have worried. Our safari cooks were happy to make spaghetti noodles for them at basically every meal and the few times that Zoe flat out refused to eat, I was there with a granola bar to tide her over (I brought a ton). And I can’t say enough good things about our guide, Rem. A father himself, he knew exactly how to handle the kids. He even let them drive when we were in a remote area of the Tarangire 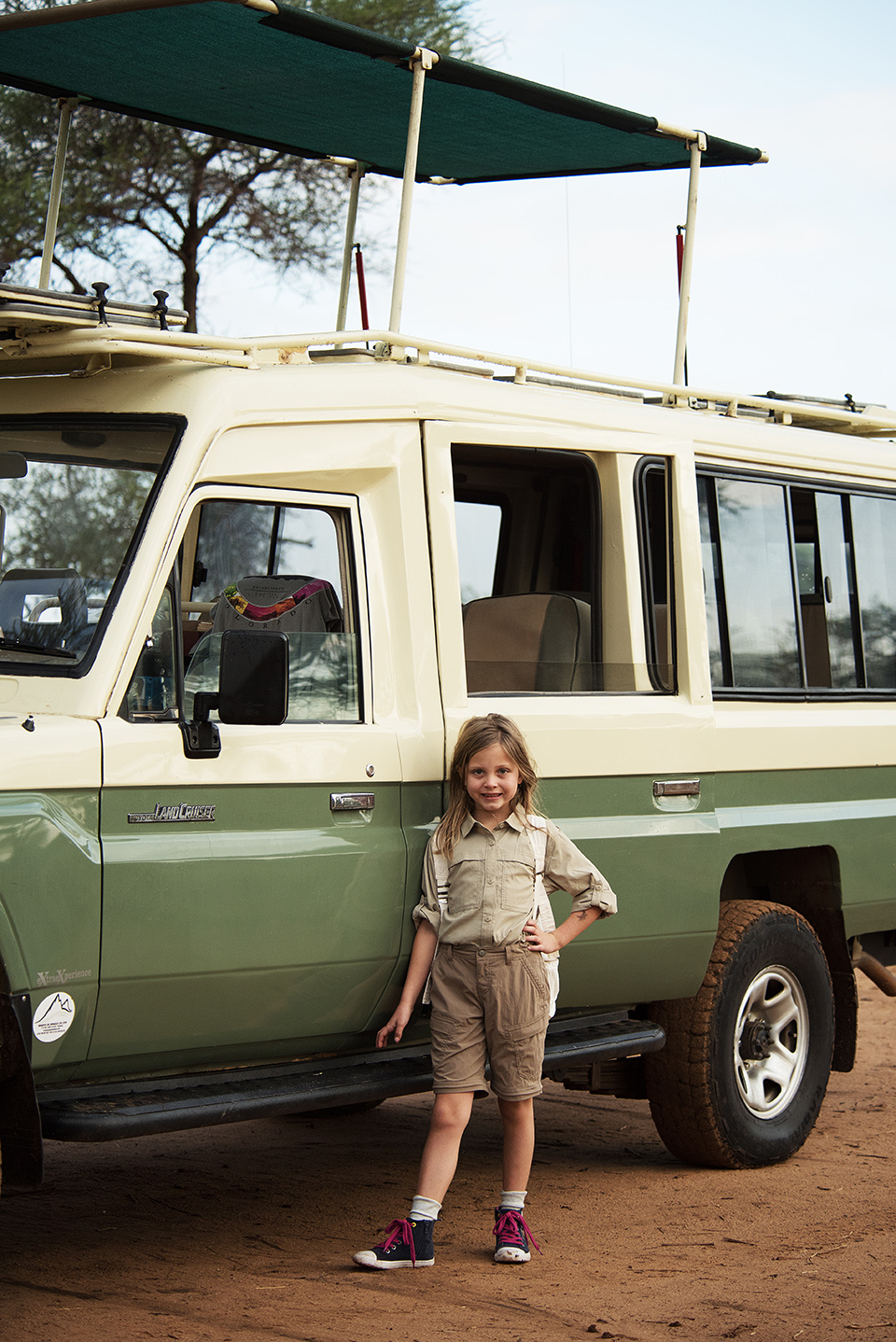 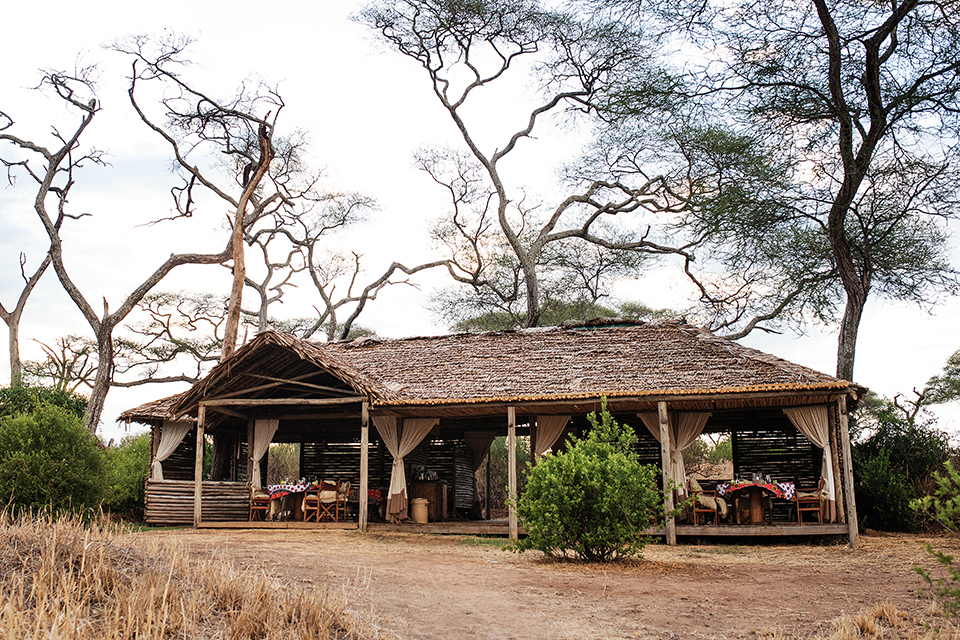 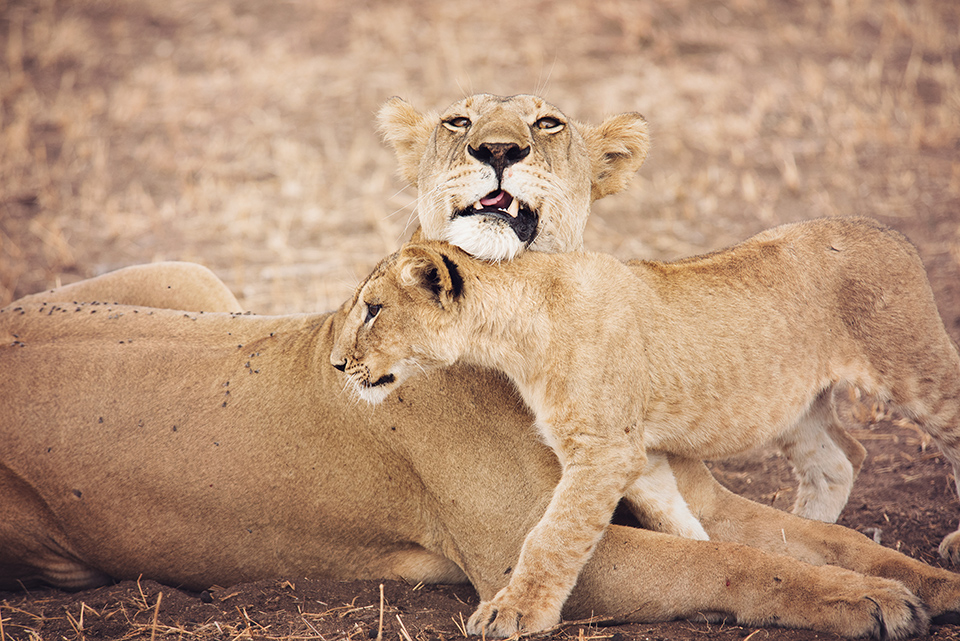 Mapping out an itinerary

We had a lot of requirements for our trip. Tanzania is a country with a wide variety of flora and fauna and differing biodiversity. There are savannahs, jungles, plains….and the world’s largest inactive, intact and unfilled volcanic caldera. We wanted to see it all! And add a beach in for a few days afterwards – you know…to recover from the hardship and all;) We also wanted to make sure that there were things to interest the kids during the safari. We were nervous about them being bored, tired, overwhelmed. To be honest, we weren’t sure what to expect. The tour operator helped a lot with this. I may be a travel advisor, but I hadn’t been to Africa in 20 years and wasn’t really sure on how to map everything out. I did a ton of research and spent a lot of time learning more about the country and the best way to do it. We came up with a way for us to see several different ecosystems, make it fun for the kids and find a beach afterwards. We were originally thinking about going to Mozambique after Tanzania to experience those great beaches. Our advisor at Rothschild talked us out of it. Why? Distance. Mozambique is right next to Tanzania, but traveling from the Serengeti to a Mozambique beach town? An all day process with flight times, several prop planes and distance. African countries may look close to each other – an easy hop skip and a jump on a map, but they aren’t. African is HUGE. For example, did you know that to fly from Dar es Salaam, Tanzania to Cape Town, South Africa is close to 6 hours? And that’s if you go direct. They don’t look far on a map, but if you’re in a safari camp that requires prop planes to connect you to larger airports, it adds a lot of time on. I was so glad that we had experts to help us on this. I now know what to look for, what to take into consideration and what makes a safari great. I learned so much so I can help my clients plan safaris perfectly. We finally settled on an itinerary of Tarangire/Ngoronogoro/Serengeti/Zanzibar. If you are going to go to Africa, don’t do one game park and call it a day. Do it right. It’s silly to fly for 17 hours from the United States and do a 3 day safari. Experience the culture and diversity thoroughly. 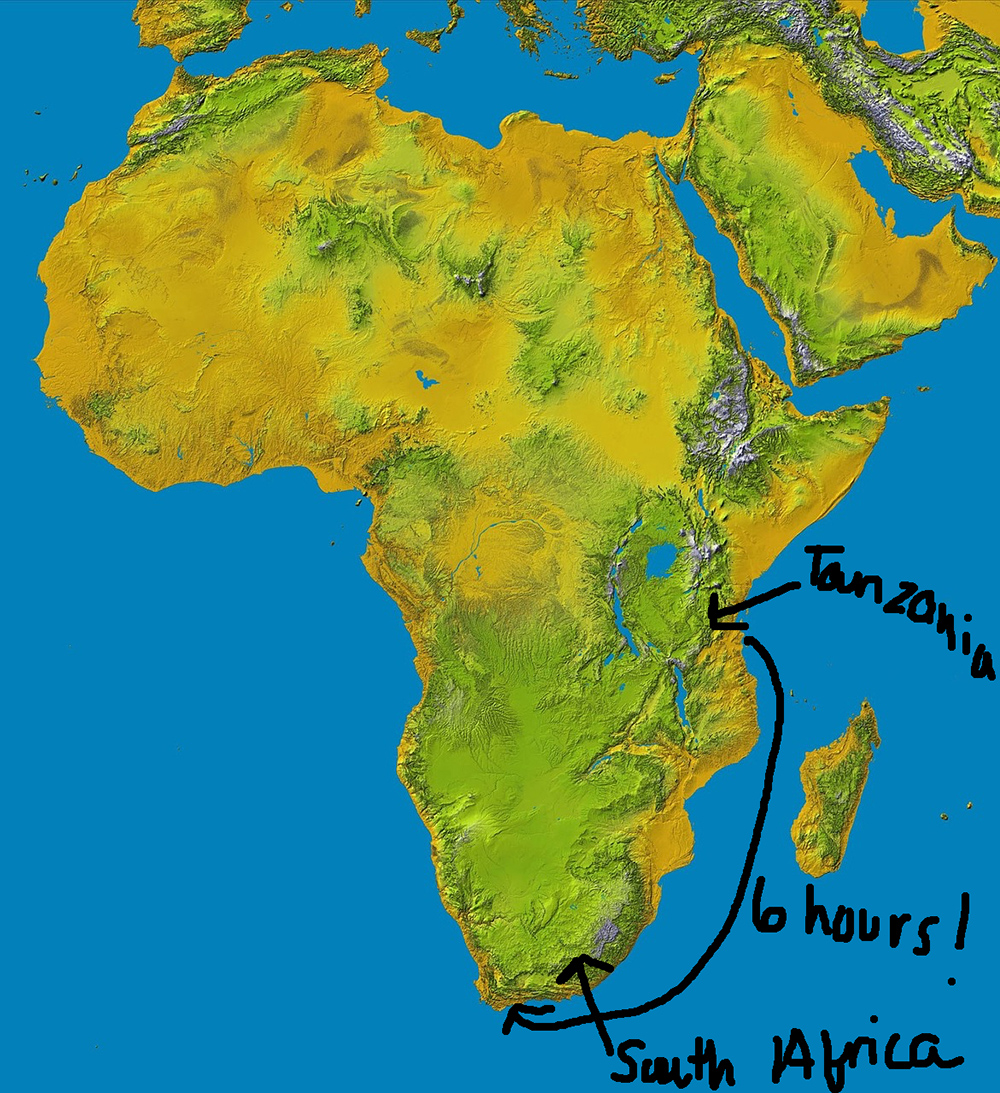 I’m going to be totally honest…..a safari isn’t cheap. Although Africa has many underdeveloped countries, the resources and scenery in those countries are top notch and tourism abounds. Many of the world’s best rated luxury hotels and resorts are in these countries. I’ve done a safari on the cheap, and I’ve done it on the edge towards what would be considered luxury. Don’t do cheap. Just don’t do it. My first safari was all wrong – game drives in the middle of the day when all the animals were asleep…..staying over in a lodge that wasn’t really close to any wildlife…no experiences interacting with the Masai…mice in my tent and a guide that couldn’t communicate effectively. This experience was so much different and I’m so glad we did it. How did we do it? Simple. We saved our butts off. We cut out going out to dinner a lot. Other trips we took in the meantime were done on the cheap (spring break was spent visiting my parents, not going to a nice Caribbean resort). I set digit up with my bank account. We paid a deposit towards our safari and slowly paid off the balance as we got closer. The general rule of thumb for a safari is $800 – $1000 per person per night, although this is not a hard and fast rule (and remember safaris include everything – food, drink, accommodations, game park fees). Children are less expensive and countries differ. There are ways to save for sure, such as going to a country where the dollar is strong, like South Africa and going in off-season. We went during the short rainy season, saved plenty by doing that and still managed to catch the migration and not be totally poured on. The rain didn’t bother us or affect our expereince in a negative way at all. This trip, although it took almost two years to save for, was worth every penny. The most interesting and engaging time we’ve had with our children in years. When planning a safari, I truly think getting too worried about to expense isn’t worth the worry. It is what it is and there’s a reason why it costs more than the average trip. A safari is a huge undertaking, there are tons of people involved and a lot of moving parts. And the large conservation fees that a family is charged is needed to keep the game parks the way they are. And, let’s be honest, doing a “cheap” safari with kids really isn’t a great idea. I’m not advocating traveling with kids in the lap of luxury and spoiling them to death, but a bare bones trip in an underdeveloped country with two kids? Not advisable. It’s not worth the risk of getting sick, dealing with mice or the danger of getting hurt. Case in point – on my bare bones safari, my guide never once told me hanging my arms out of the vehicle wasn’t a good idea when near a lion…..my common sense told me that, but you would be surprised at how many people in this world lack common sense and want to pet the cute little kitty. 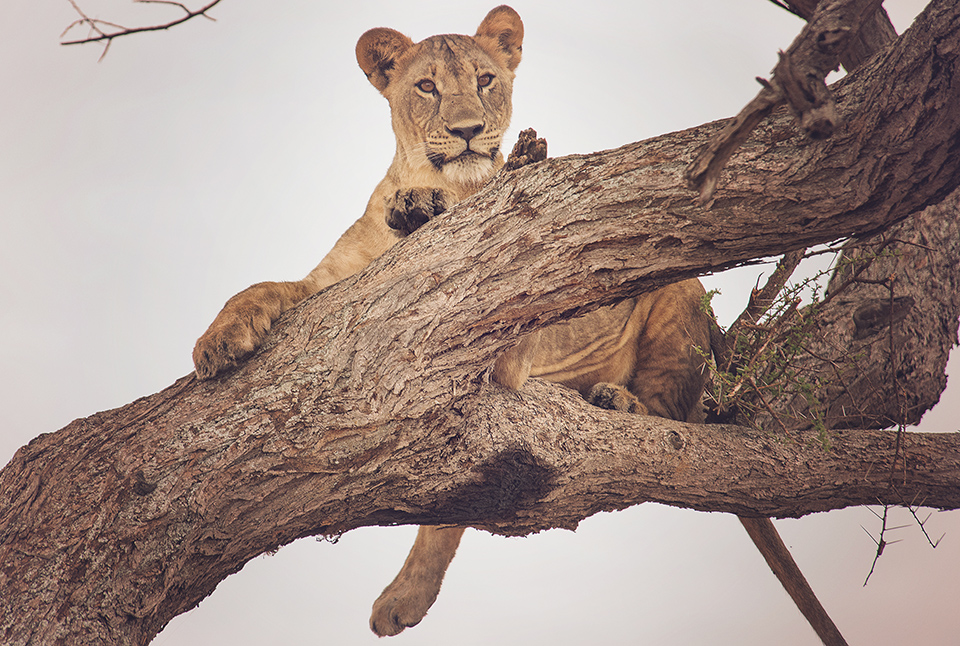 She may be cute as a button, but she’ll cut you

Family friendly safaris do exist. And taking your kids on a  safari is definitely worth it. It’s a lot better than Disney, I assure you. (and frankly, a week at Disney World for a family of 4 is a $10k undertaking, which I find ludicrous). Following some simple steps can make a family friendly safari happen: 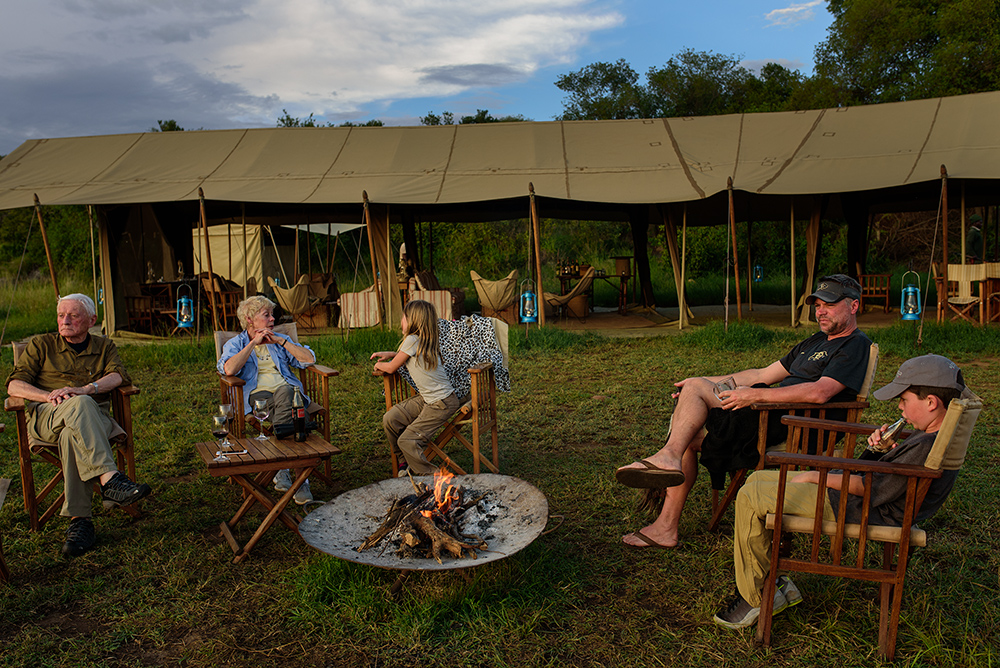 A traditional, African sundowner. Drinks by the fire, watching the sun set.

If you are thinking about a safari with your kids, reach out with any questions. I recommend that kids be at least 7 or 8 (and many camps require this). Reach me at [email protected] 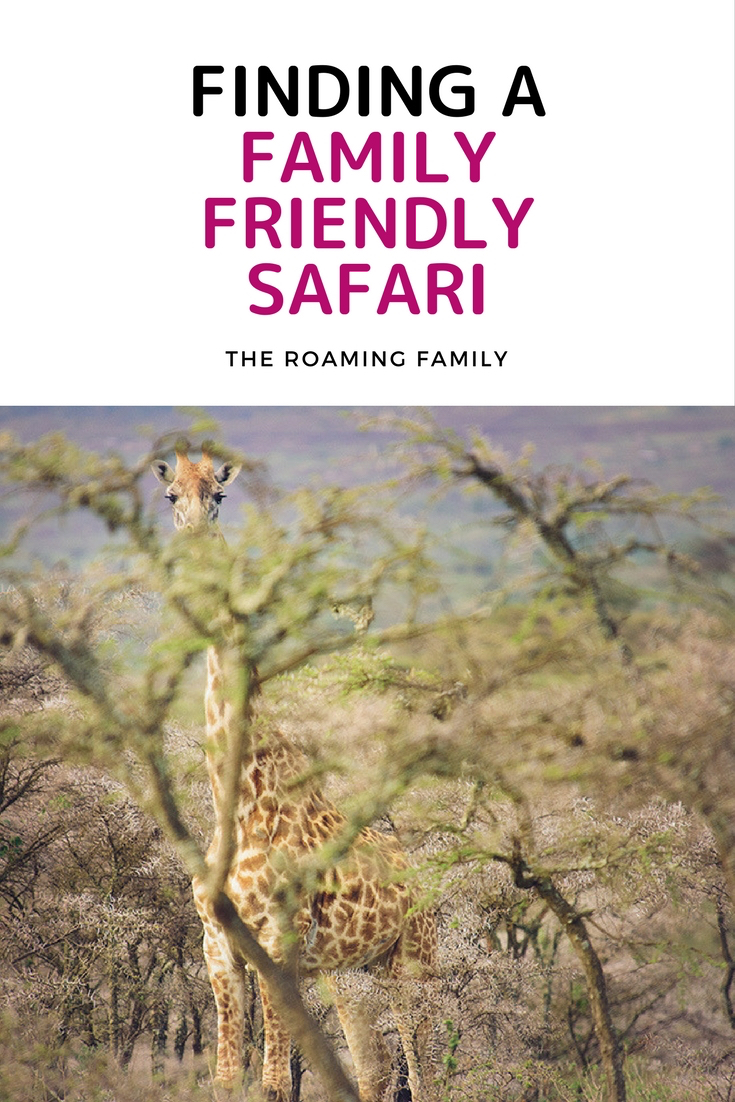 The post Family friendly safari – how to make it reality appeared first on The Roaming Family.

This post first appeared on The Roaming Family, please read the originial post: here
People also like
Choose The Guy You Want To Marry, Then Submit To Him
Jam.GG – Play Retro Games online with your mates
What would happen to a modern-day Moses in America?
UK’s Top 5 most accessibility friendly museums for hearing-impaired visitors
iHerb – Digestive Health sale + Coupon code
9 Best Pubic Hair Trimmers for Safe & Painless Grooming

Family friendly safari – how to make it reality