7 Most popular & Amazing Stepwells in India

The regional kings, Rajputs and Mughals initially built Stepwells for the purpose of harvesting rain water and bathing themselves. However, now these pond shaped structures attract tourists who want to absorb in their minds the remnants of the past or who would like to sit and chat for a while. 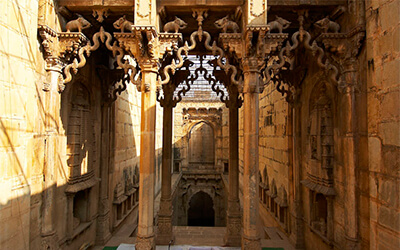 Location: Bundi, Rajasthan
Built by Rani Nathavati in the year 1699, this one is one of the oldest and the most remarkable stepwells in the entire country. This iconic place in Bundi has multiple tiers and storeys and an opening in the high ceiling, which is conveniently dome shaped. Each of the pillars contain extraordinary specimens of the carving art depicting the traditional artistic practices of the Hindus while there are many sites of prayer and worship on the different floors. You will also find stepwells that are 46-meter-deep. 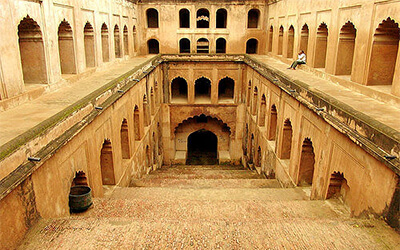 One of the major tourist attractions of the city of Lucknow, the complex and stepwell of Bara Imambara is grand and beautiful to say the least. The ‘Bara’ stands for ‘big’ and ‘Imambara’ means a ‘shrine’ that is constructed by the Shia clan of Muslims. The entire building was inspired by the architectural style of the Mughals and consists of a stepwell that has running water within it, a bhulbhulayah and a huge Asfi mosque. The stepwell with its gushing source of water is of particular importance as it was utilized by the queen and the subjects in the king’s courtyard. 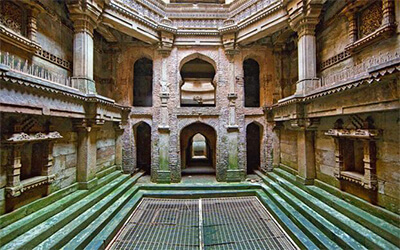 Location: Ahmedabad
Even though the Adalajstepwell was built under the patronage of Queen Rudabai in the year 1499, still it shows the influence of Islamic style of architecture. Made to be of use during rituals and festivals, the carvings range from geometrical patters to scenes of nature in the form of fishes, birds, flowers, and leaves and attracts a large number of tourists every year. 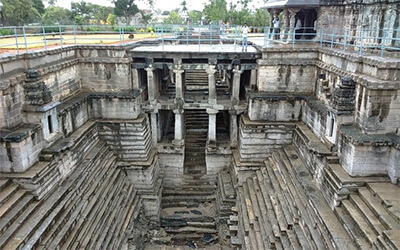 Location: Hampi
The village of Lakkundi in Hampi boasts of numerous stepwells and temples which are imbued with a traditional value and historical inscriptions. Once you go there, the stepwells of Musukinabavi, Kannebavi and Chateerbavi are the must-see attractions during the tourist peak season. However, don’t miss out on the stepped well at Manikesvara temple as it is a sight to behold. 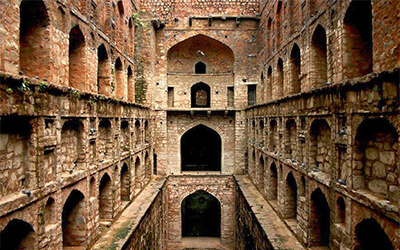 Location: New Delhi
Situated in the famous Connaught Place in the capital city of India, New Delhi, this place has a stepwell that is 15-meter-wide and 60 meter long. The site is so majestic that many Bollywood films have also been shot here, the most recent one being the Aamir Khan film, ‘PK.’ There is an over 100 steps in this stepwell and each one is constructed out of red stone. The stepwell of AgrasenkiBaoli is known to be one of the most haunted places in India even though it is protected by the Archeological Survey of India. 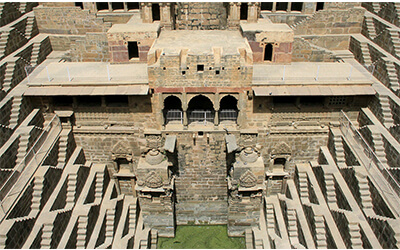 Location: Rajasthan
Chand Baori is another major stepwell in Rajasthan which has 13-storeys and over three thousand exquisite steps. It is not only one of the largest but also one of the deepest stepwells in the country. It is a tragedy that tourists often overlook this place on their visit to the desert land. 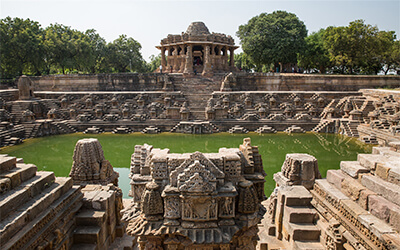 Another stepwell under the custody of the Archeological Survey of India, the ModheraStepwell is situated right beside the banks of the Pushpavati River. Even though the origin of this stepwell is not quite clear, yet it is championed as being one of the greatest gems of Indian architecture when it comes to geometrical carvings. There are a large number of shrines and each of them has an idol of a deity gracing its interior. Once you step inside a tank, you would feel transported to a different era as it would begin to seem like a universe in itself. As a visitor, you would be required to walk from terrace to terrace in case you want to reach the base. Of special mention is the rectangular shaped stepped water tank of Surya Kund. Also, keep an eye out for the shrine which as the image of Lord Vishnu lying down on a coiled snake.
The horizon of Indian architecture shines more brightly when we include the historical stepwells that are not only beautiful but also speak of the scientific knowledge of the people in ancient India.

The post 7 Most popular & Amazing Stepwells in India appeared first on Tourist Places.

Does turmeric have anticancer properties?

7 Most popular & Amazing Stepwells in India