Singtam, 11.06.22: The fifth coordination meeting for the upcoming Bhanu Jayanti celebration was held under the chairmanship of Shri Rohitraj Maharaj, Advisor to the Chief Minister of Sikkim. The highlight of the meeting was the installation of a new copper life-size statue of Bhanu Bhakta and a matter of beautification of the entire complex at the Bhanu Udhyan. 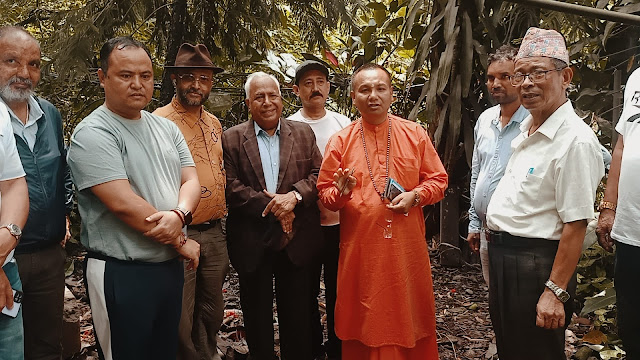 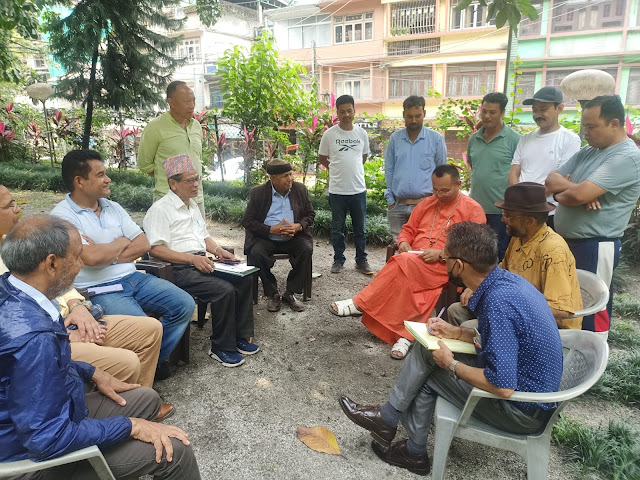 Present on the occasion were Suresh Tamang, President, Singtam Nagar Panchayat, Kishore Chettri, Councillor, Singtam Nagar Panchayat, KB Chettri, Joint Director, Sub Divisional Education Department, LN Pradhan, Durga Adhikari, Raghubir Agarwal, Mahesh Dahal and others.
The copper statue of the late poet shall be installed at the opposite end of the existing Bhanu Bhakta bust. Today's meeting passed the resolution wherein Shri LN Pradhan, Shri PP Upretti and Shri Durga Adhikari shall supervise the entire work of the Bhanu Udhyan. Shri Somnath Pandey shall be the coordinator of the Bhanu Jayanti Coordination Committee.
The beautification work of the Bhanu Udhyan shall be undertaken by Shri Raghubir Agarwal, reads the press release. The next meeting shall be held on June 18, 2022, at Community Hall, Singtam.