With the help of the new feature of Oculus Quest, you can mark your real couch in VR

A new Oculus Quest inflates the headsets Guardian mode by allowing you to mark your actual Couch as an object that you can see in VR, the guardian is a safety feature that will allow you to draw lines in the environment that act as a simulated borderline. And here in VR, you get when you get two closes in the edges. However, this couch mode is first time added which a guardian mode that has worked more than just a portion of space. Gamers sometimes want to make more of their space but that is not possible, sometimes it is easier to play long VR games while sitting on a seat with the help of firmware v26 for the Oculus Quest and Oculus Quest 2, what you now have to do is just sit down on the couch.

A picture was shared by UploadVR, to elaborate new feature in which there was a couch and there was a rectangle hovers on the top of the couch that is showing the existence in actual space, however, in the bottom is the virtual representation of said couch, which makes it simple for the people to ramble over while in Oculus home and just relax, you don’t even need to take off your headsets. When you are sitting on a couch in VR, this will be changed to the seated VR experience. The game that you want to play will automatically be switched to a seated experience. This is also good for those people who want to enjoy while sitting and relax, now you don’t need to be messy with your legs.

For adding the couch to your Oculus Home, you need to update firmware version 26, after updating it, you need to open your Oculus Universal menus by clicking the home button on the right side. Then press the setting wheel, choose the experimental feature on the left menus, then click the add or remove button in front of the option ‘bring your couch into VR’. The Quest will be shifted to the passthrough camera which will show you the room around you, you can click the and drag the blue rectangle over the area of your seat, now amazingly, you can see your couch in VR. But remember in this feature, you will now be able to add only one couch, so you need to check that which one is better and comfortable enough to get it into VR.

Firmware v26 update is now a small update with only couch feature is added without any significant changes and some quality improvements which is made to the pinch gesture for tracking of hands. However, during the couch setup process, the pinch gesture is more reliable than the previous firmware version

WHAT IS BUSINESS COACHING?
Fortinet Expands Network Security Exp…
What You See May Not Be What You Get
The EIGHTH issue #2 Review I More act…
14 Best Websites to Watch | Download … 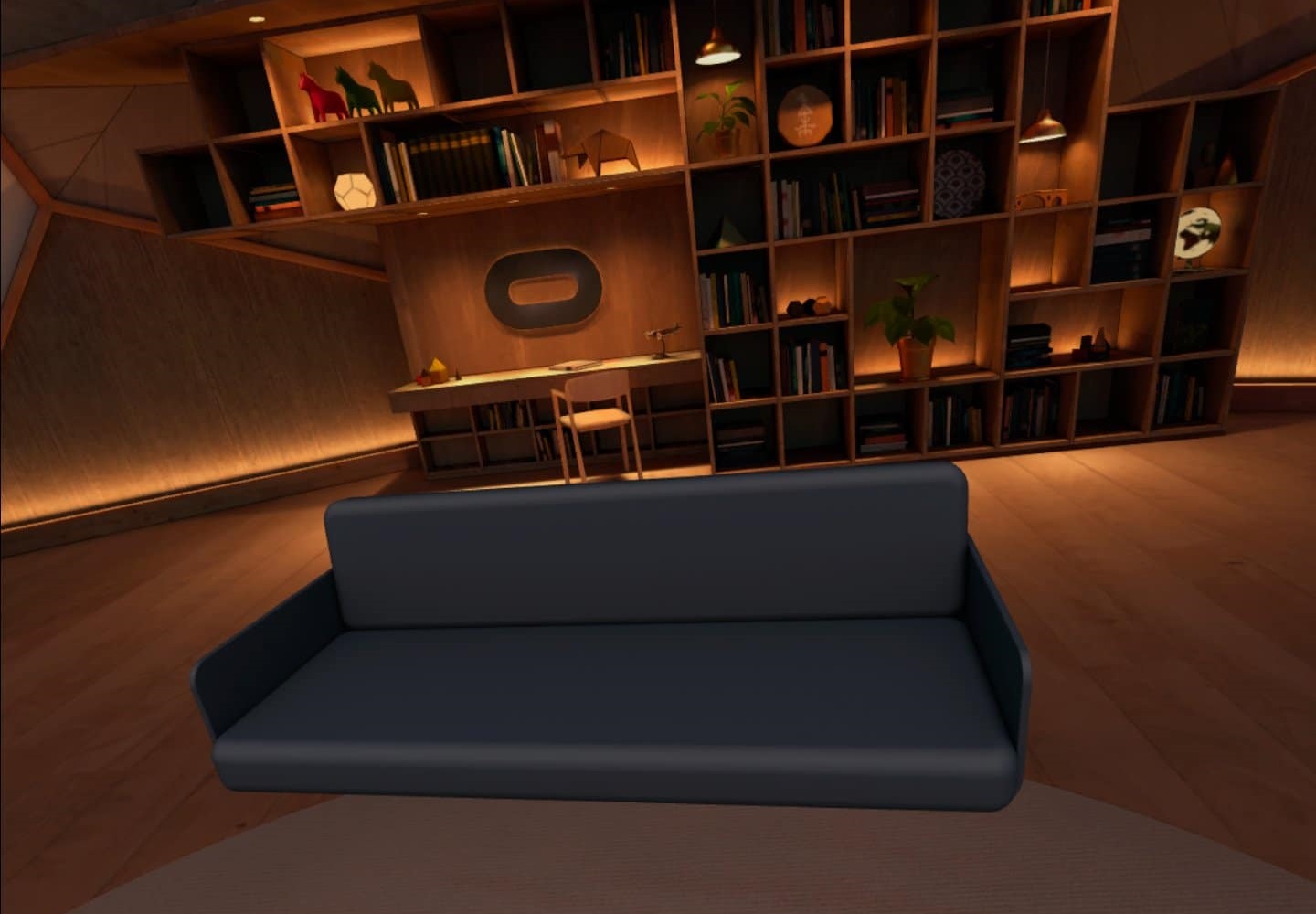 Read next: Facebook will launch a smart watch next year which will focus on health and fitness mostly, as reported

With the help of the new feature of Oculus Quest, you can mark your real couch in VR