How Free VPNs can be Dangerous? [Infographic]

To keep data safe from unauthorized access, virtual private networks (VPN) are used. However, at times incompetent VPN services can be more dangerous than accessing the internet directly.

Through VPN, it is possible to access the web anonymously and other privacy features are ensured that allows to surf the internet without getting exposed. It allows changing the IP address to get access to geo-restricted content, share files safely, give remote control, and reduce the maintenance costs. Many of the VPN service providers increase their demand by providing free services whereas the established services in cybersecurity market charge for their services.

Though free services attract the majority but it has its own risks. No one will have a business if it does not have a considerable output. Therefore, most of the service providers display lots of ads in their apps and in some cases, even sell the user data to the third parties.

In both, cases, the real purpose of a VPN is lost, as we use it to keep our private data safe or avoid the adverse effects of malicious ads. Displaying ads on apps is not the issue but the source of ads and the data security systems of a server are of major concern.

Free VPNs do not provide premium plans that guarantee there will be no loopholes for an attack. Usually, free VPN have outdated data encryption protocols, limited bandwidth, and data logging.

If you are using a VPN, it is a way means you are exposing your personal data to attackers. It is important to know how VPNs work and what VPN service should be used, etc.

When a VPN software is used, it encrypts the data of a user which then goes to a VPN server. From there the data is sent to the online destination which receives data from the VPN server and not the actual computer. When a VPN is not used, data goes through the ISP’s firewall, where traces are left.

[Extended ECQ Advisory] #ExtraCareAtH…
Do You Ever Visit the Grief Garden of…
My Top Ten Favorite Business Tools fo…
Al primer click: un romance lésbico q…
How to set up your home photography s…
VPN service can be vulnerable to hacker attacks if the security protocol is weak or there are server problems. Unreliability of VPN service, single layer protection, and basic encryption system can also make it vulnerable.

There are seven dangers that a common user may not be aware of like:

2. In 75% of the VPN apps, tracking is embedded in its source code.

3. Many of the VPN is known for sharing data with the third party. Onavo, a free VPN with 24 million downloads collected people’s app and website usage patterns and shared it with Facebook.

4. Hola, an Israel based VPN service stole users’ bandwidth and then illegally resold it through its sister company, Luminati.

5. At times, the browser is also hijacked, like Hotspot Shield was found redirecting HTTP requests to e-commerce sites, with the help of its partner network, Conversant Media and Viglink.

6. Free VPN can leak IPv4 and IPv6 addresses out of the tunnel.

7. Free VPN is often found involved in fraud and might put the user in a dangerous position as they give third parties access to your data.

It is better not to be too dependent on a free VPN and find a reliable provider to secure your web surfing.

Take a look at this infographic from Dataprot for more insights on how to be safe while using a VPN. 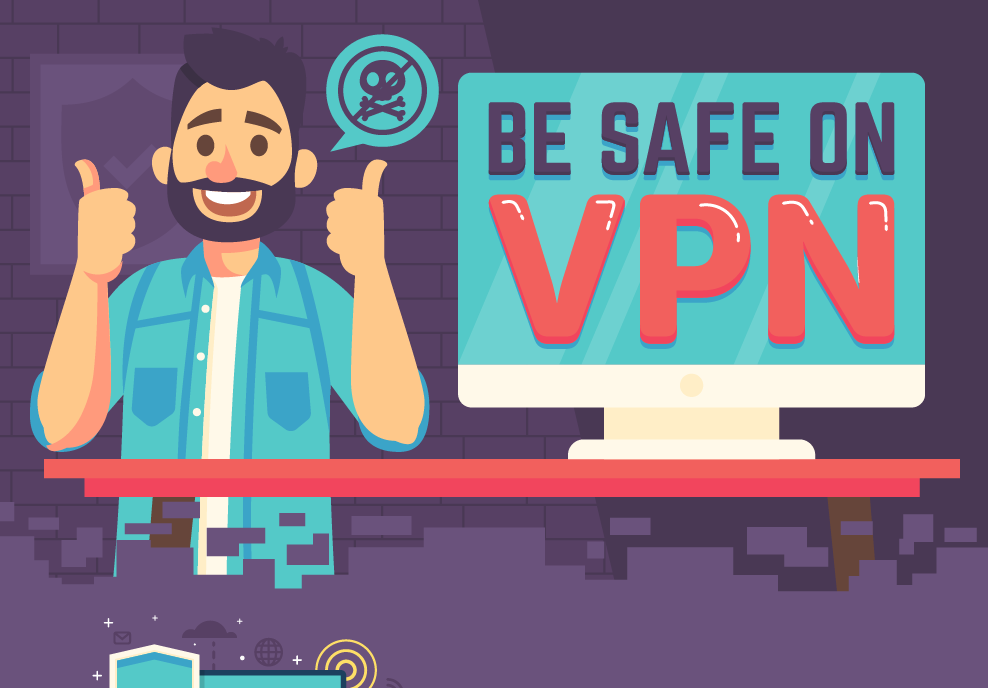 Read next: Top Signs that your VPN Service isn't Legit!

How Free VPNs can be Dangerous? [Infographic]