In the era of social media giants, Whatsapp is one of the biggest application for communication purpose and the team of WhatsApp keeps on introducing new features for its users every once in a while all aimed to bring as much comfort as possible.

In this age of social media, if you have your conversations saved it can be used against you anytime and nothing scares people more than not being able to secure their data.

One of the major reasons behind the success of Snapchat was its feature of not saving user chats which encouraged users to communicate more easily on the platform knowing that whatever they post won’t be saved which means it can’t be used against them in the future.

WABetaInfo recently discovered a similar Self-Deleting Messages feature in the 2.19.348 update of the WhatsApp beta version for Android users and was looking forward to WhatsApp to introduce this feature for individual chats but, unfortunately, that is not going to come true at all.

WhatsApp completely drops its plans for Self-Destructing Messages which means the feature of timed chats we were looking for is not going to be launched ever.

In the latest beta version of iOS, it was revealed that WhatsApp completely changed the purpose of self-disappearing message feature and made it more limited by only making it available in WhatsApp groups and not to individual chats.

This new feature specifically aimed for WhatsApp groups could help the users to save phone storage by deleting old messages automatically after a specified time period.

According to the new reports by WABetaInfo, Only group administrators could enable or disable this feature but this new feature could completely change the concept of deleting messages forever.

You Say Covid-19, I Say Hangar 18!
Q&A with Phil Yates: Shaping the Futu…
CBD Capsules Or CBD Oil Tinctures: Wh…
تشغيل برامج الايفون على الكمبيوتر
What is Conversion Tracking? How to S…
This new feature by WhatsApp is actually a cleaning tool for WhatsApp groups to easily clean the history of chats in groups to provide more storage on phone by deleting messages from groups.

If you are looking for some way to use this new feature with a specific contact, for now, you can use it by creating a group with that specific individual and then use this feature as it can only be activated in groups.

The innovation by video-sharing app Snapchat was somewhat ground changing and it is a pity that WhatsApp isn’t bringing this feature for individual chats but if it did it could’ve changed the concept of privacy and security for WhatsApp users forever. 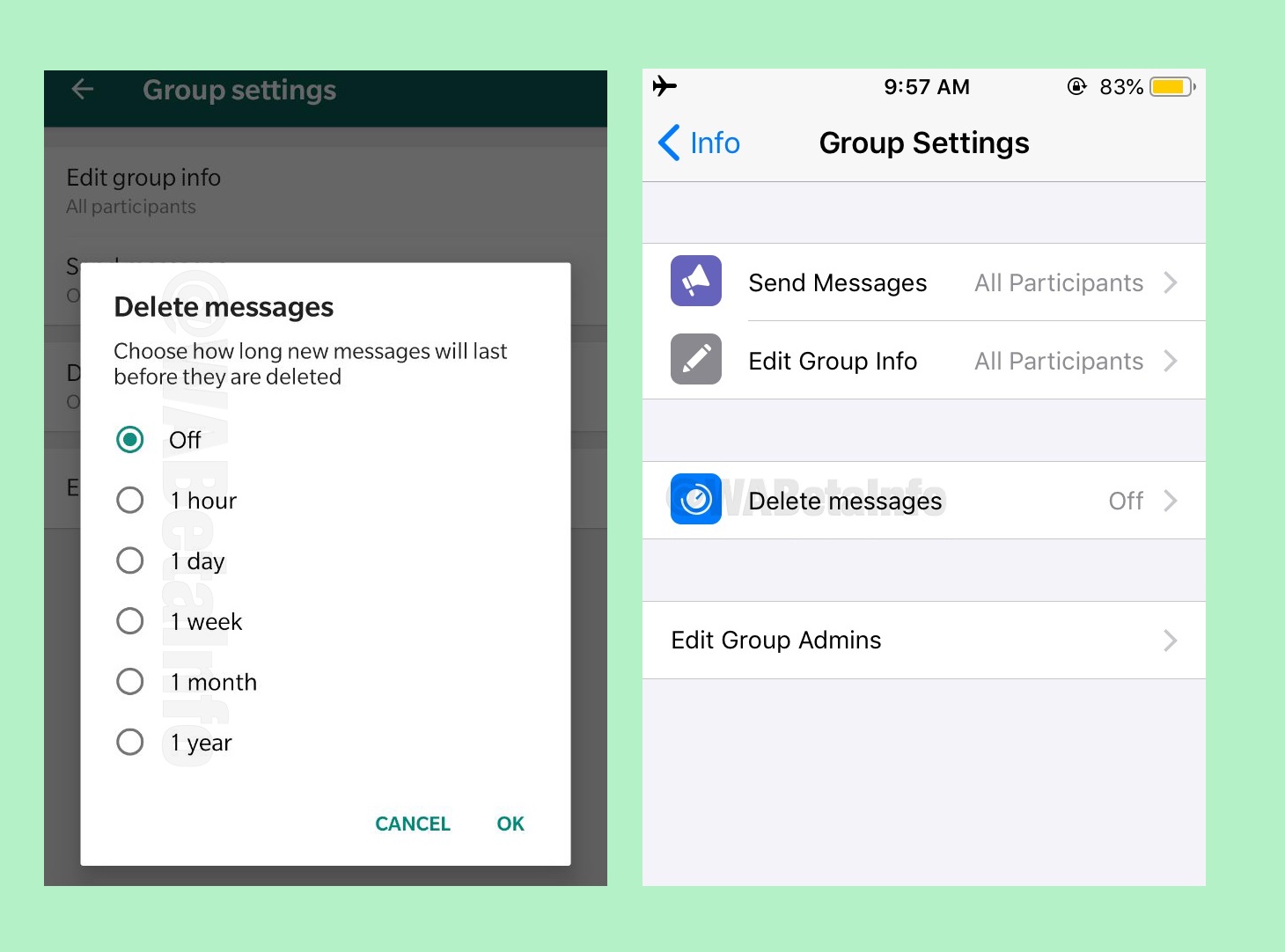 Read next: A Single Message can wipe Out Whatsapp Group Chats and Crash the App