There is good news for Gamers. After a long time, the graphics cards prices came down to the normal position, as we know that two years back cryptocurrency was the center of the investment. Everyone was investing in it that resulted in a hike of Graphics Processing Unit (GPU) prices. GPU is the essential component that helps in mining cryptocurrency that affected the price by an increase in almost 200 percent. The NVIDIA GPU which was costing 700 dollars went to 1200 dollars in just a few months. Though that significantly increase the profit of the company but at the same time, it hurt the actual consumer that were the gamers.

But last year the cryptocurrency bubble burst due to that reason the demand of GPU decline in the market that somehow brought relief to the gamers. The price of the GPU continuously melting down to its original position. That will help the gamers who are waiting in the queue for a long time due to the high prices. Now they can upgrade their gaming machine at a low price.

This great news is not just limited to the gamers but manufacturers are also getting benefit from it, now they can concentrate on the gaming market as this is the actual long-term market to which they have to cater. 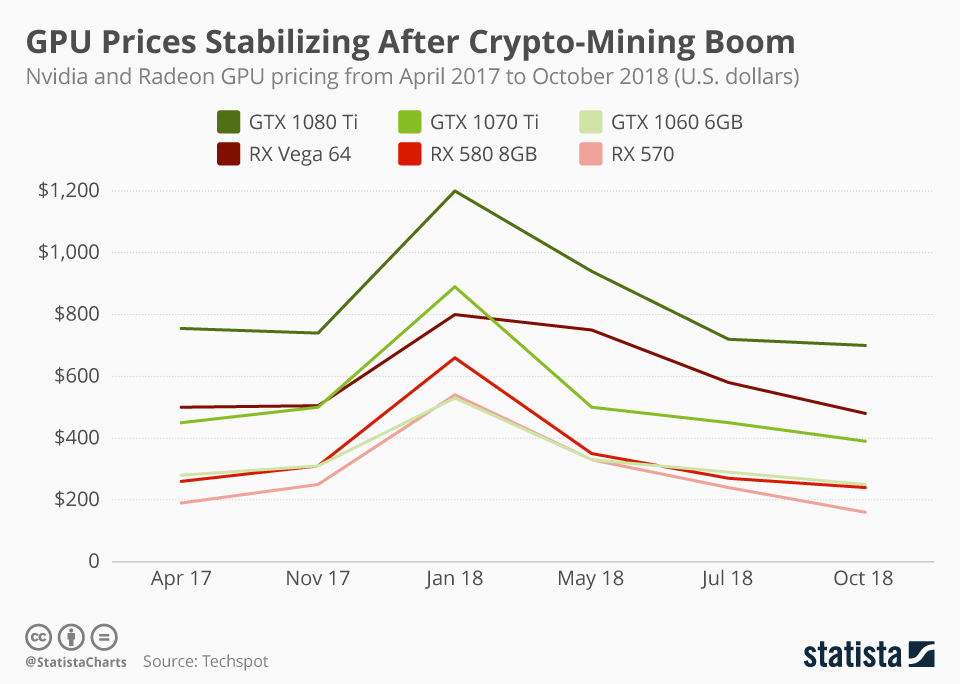